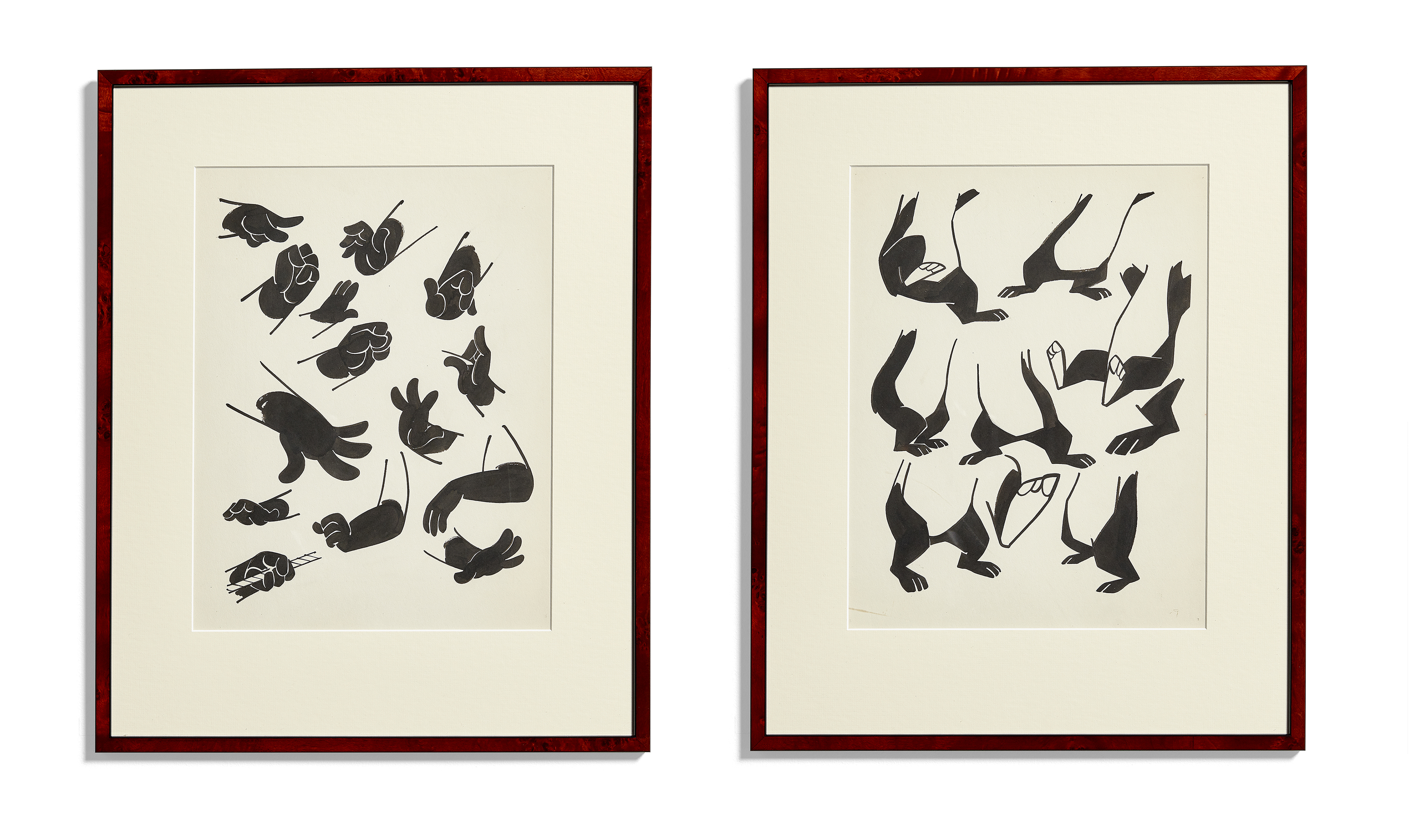 Pair of drawings; Ink on Paper
Newly-framed as pictured

The Hamm’s Beer bear (or The Hamm’s Bear) was a cartoon mascot used in television production and print advertisements throughout the 50s and 60s for the Hamm’s beer brand. The animated character was the first of its kind in the beer industry. The original idea for the mascot came from Cleo Hoval, an account representative with the advertising agency Campbell Mithun, who finally asked Ray Tollefson to draw the bear after discarding other prior attempts by over a score of other artists. Tollefson’s bear was chosen and became one of the most recognisable animated characters on American television. The Audit Research Bureau reported that nationwide, in 1965, the Hamm’s Bear mascot was the “best liked” advertisement in America. The Hamm’s Bear mascot was the key element of the campaign which ranked 75th in the “Best Ad Campaign of the 20th Century” as named by Advertising Age Magazine in 1999. It seems likely that the character of Baloo in Walt Disney’s 1967 film of The Jungle Book owes a considerable debt to Tollefson’s creation. 14 Hands and Tummies & Feet were acquired from Tollefson’s grandson and were the last pieces of Tollefson’s original artwork in the family’s possession.