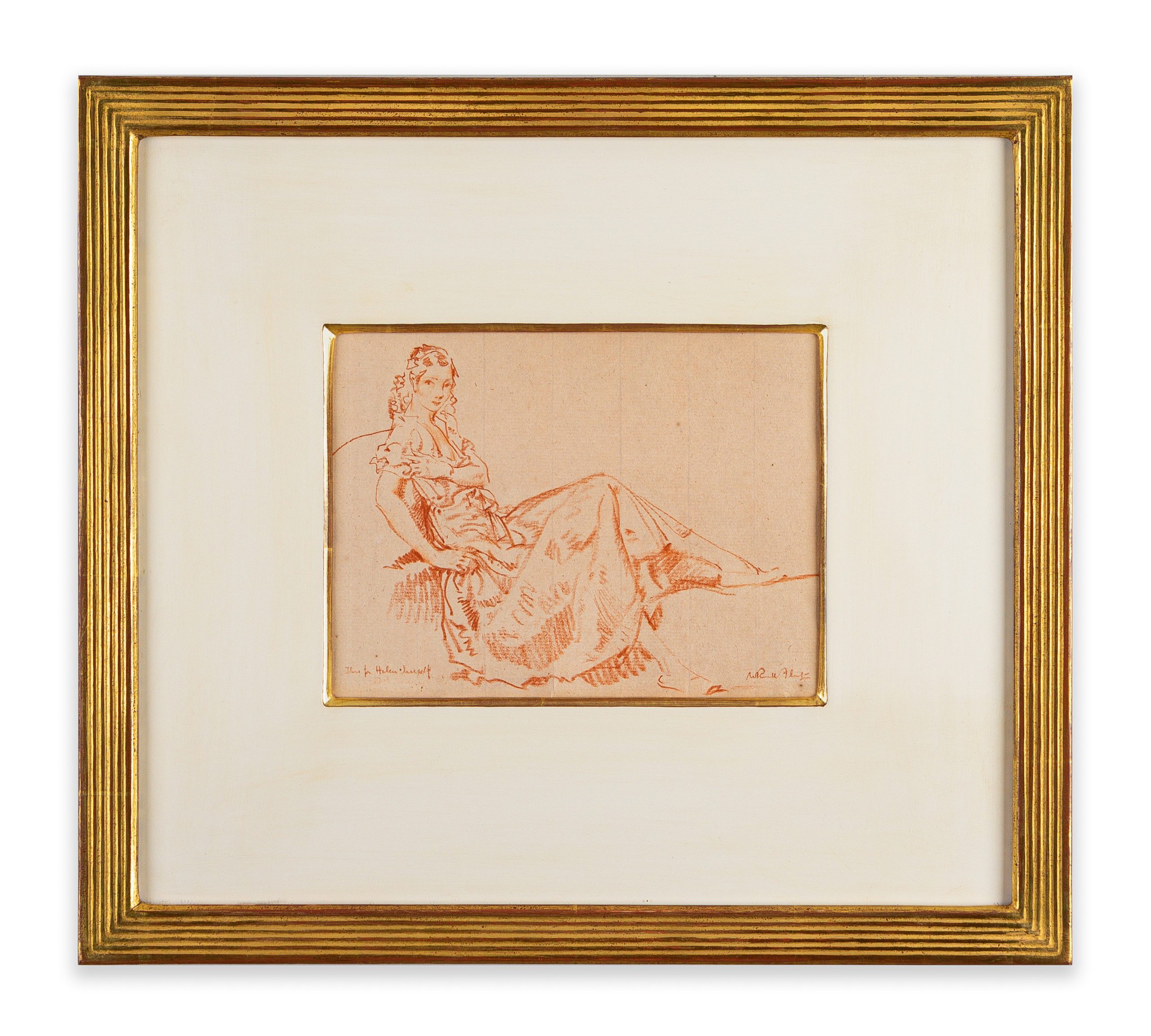 Red chalk; signed and inscribed left bottom ‘This is for Helen Herself ’
Newly-framed as pictured

William Russell Flint was a Scottish illustrator and artist. Although he worked in all manners of media, he remains best known for his watercolours and his many depictions of the female body in muted, ochre hues, infusing his images with a studied sense of realism and a subdued hint of eroticism. Born in Edinburgh, his father was a lithographer who taught the young Flint from an early age. After graduating from the Royal Institute of Art in Edinburgh in 1900, Flint went on to create many artworks for the publication The Illustrated London News, and also provided illustrations for editions of books such as The Canterbury Tales. He was knighted in 1947. His work is found in numerous private and public collections, including the Victoria and Albert Museum in London, the Whitworth Art Gallery in Manchester, and the Walker Art Gallery in Liverpool. Flint died in London, England on December 30, 1969 at the age of 89.

*The subject of the drawing and to whom it is dedicated is Helen Thompson, Flint’s long-standing housekeeper. Handwritten by Flint on the reverse is the inscription: ‘A little sketch of Helen for Helen with dear love from Willie Oct 1946.’

Sir William Russell Flint’s work has been offered at auction multiple times, the record price being $553,754 USD for Nicollet sold at Sotheby’s Edinburgh in 2008.