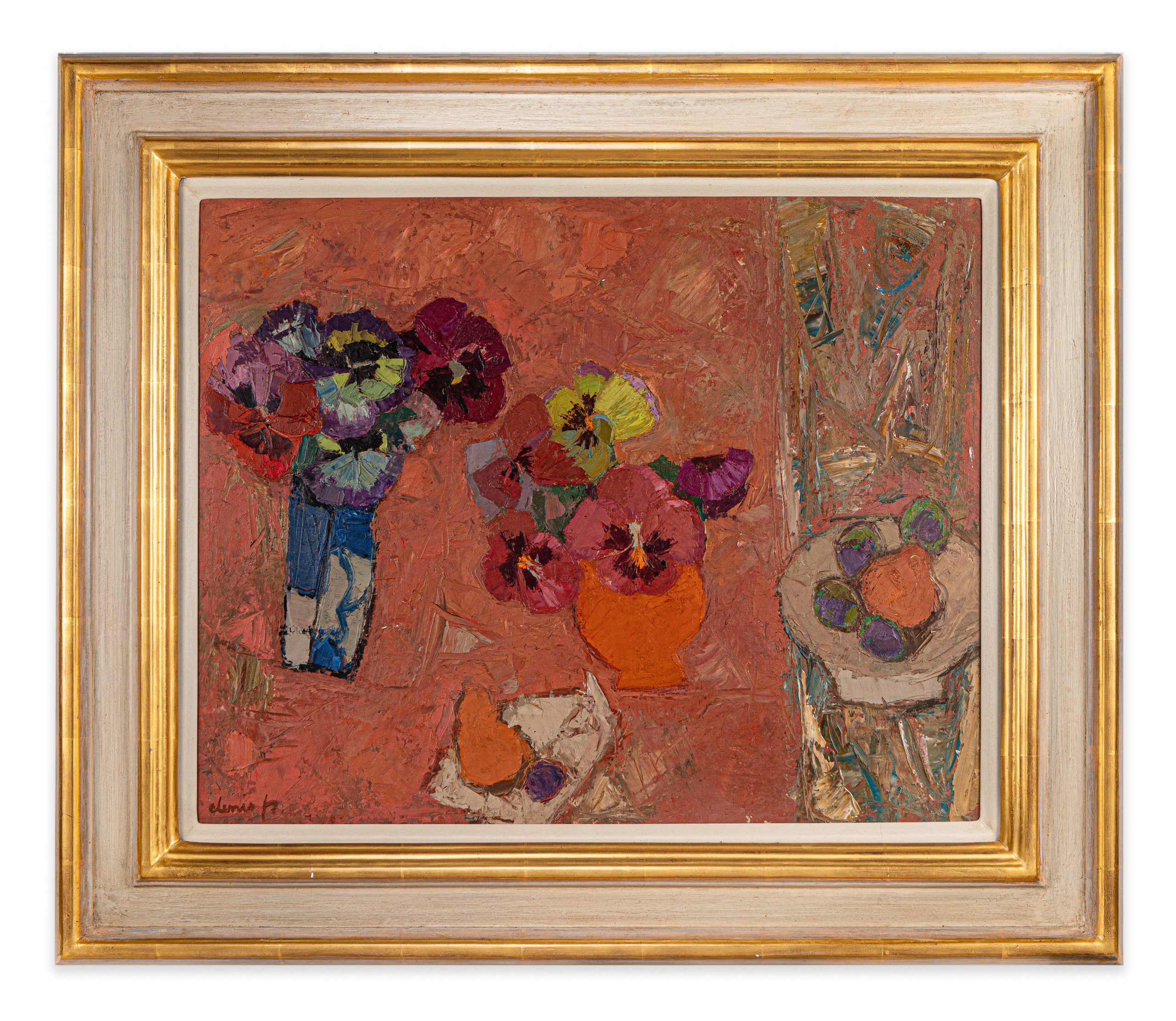 Son of the great Scottish colourist Samuel John Peploe (1871-1935), British painter and sculptor, Denis Peploe was born in Edinburgh in 1914. He began his artistic education in 1931 at the Edinburgh College of Art before moving to Paris to study sculpture in 1935. During the Second World War Peploe served with the Royal Artillery, where he was involved in a debilitating accident whilst stationed in North Africa. Peploe did not begin to paint again until 1947. In 1952 Peploe held his first solo exhibition in London at the Hazlitt Gallery, followed by a significant show in Glasgow in 1953. The artist continued to exhibit at The Scottish Gallery and was elected Associate of the Royal Scottish Academy in 1956, becoming full Academician in 1966. Denis Frederic Neal Peploe’s work has been offered at auction multiple times, the record price being $17,928 USD for Hillside in Provence sold at Lyon & Turnbull Edinburgh in 2021.