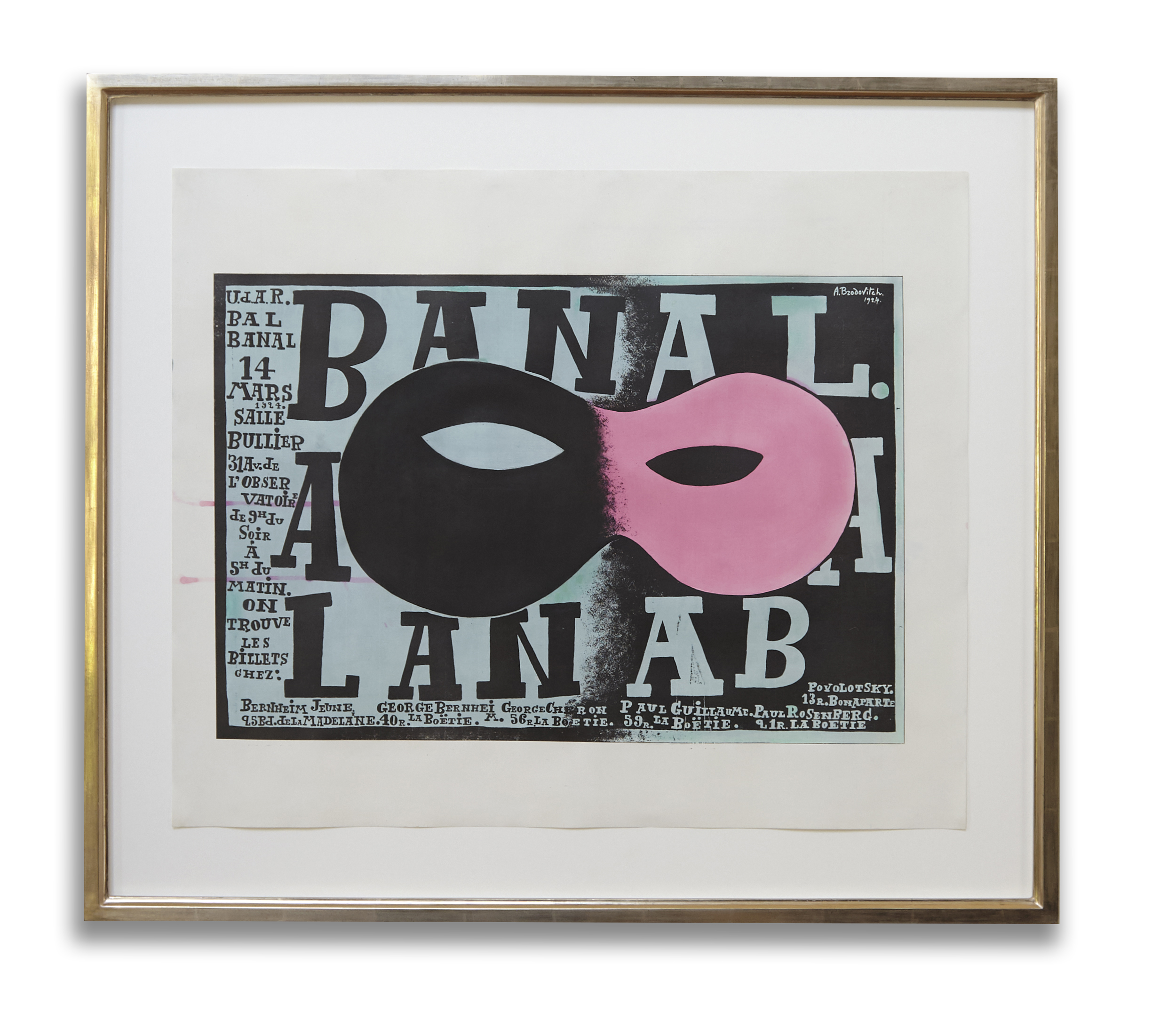 One of the most important artefacts of 20th Century graphic design.

Having fled the Bolsheviks from his native Belarus, Alexey Brodovitch began his career in the 1920s in Paris as a designer before going on to revolutionize fashion photography and magazine publications throughout the world. It was through his role of art director at Harper’s Bazaar, a post he held between 1934 and 1958, that he became one of the design icons of the century, introducing radical modernist formats and techniques that came to be adopted as the industry standard. As Irving Penn pointed out: “All designers, all photographers, all art directors, whether they know it or not, are students of Alexey Brodovitch.”

The greatest break of his career came in 1924 when the artists of Paris were invited to design a poster for a Russian émigré’s soiree on 24 March. Brodovitch’s Bal Banal (‘The Banal Ball’) was the winning entry. Pablo Picasso’s effort came second. The poster was exhibited on walls all over Montparnasse heralding a change in the trajectory of Brodovitch’s life and the history of graphic design. Brodovitch remained proud of this poster throughout his career, always keeping a copy of it pinned to his studio wall. It is his oldest surviving work.