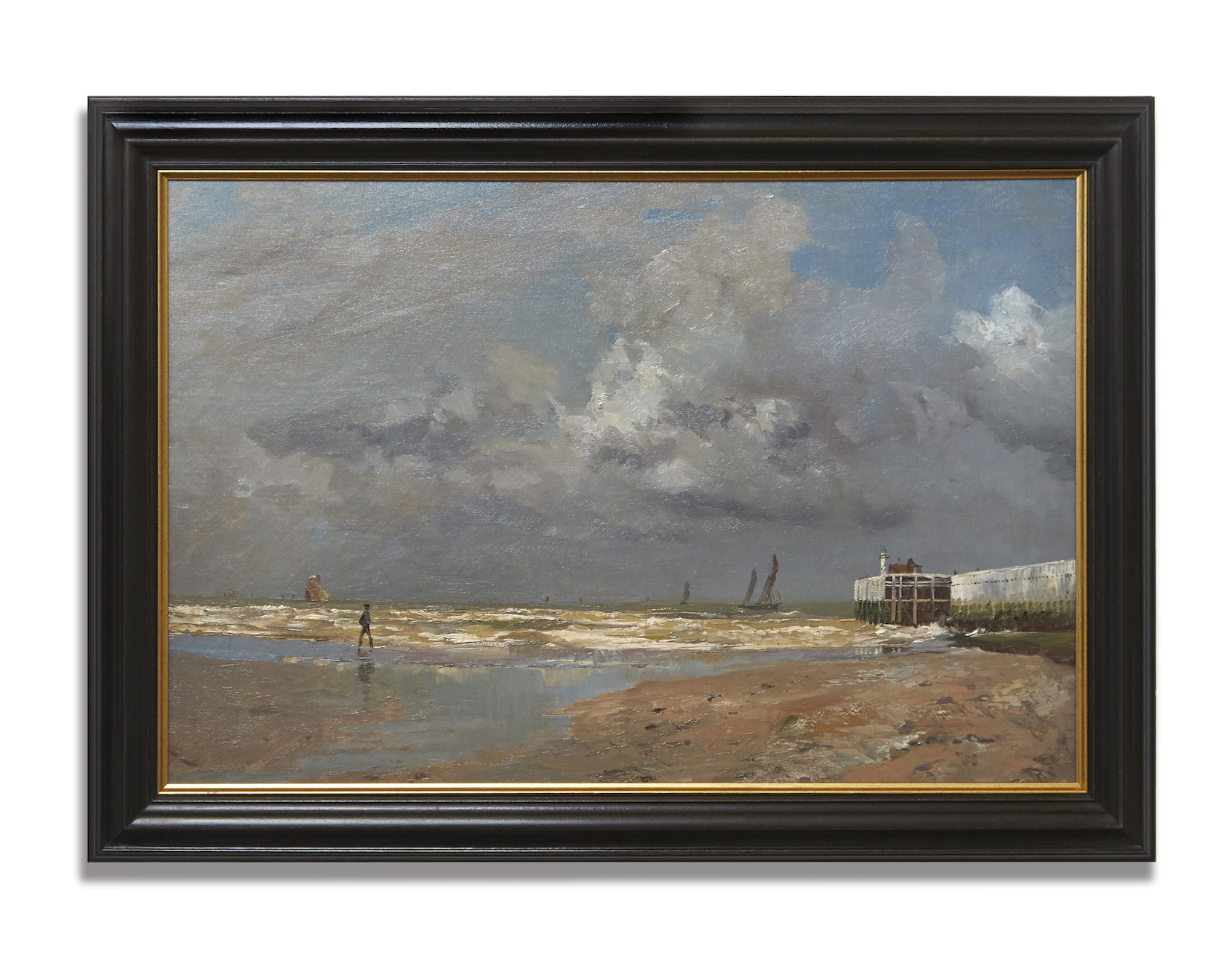 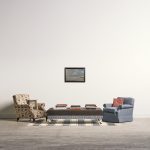 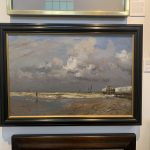 Beach scene with thunderclouds in Ostend (1890)

Laurits Tuxen was a Danish artist who divided his specialism between portrait and marine painting.

As a young man, he was the first head of Kunstnernes Frie Studieskoler, an art school established in the 1880s to provide an alternative to the education offered by the Royal Danish Academy of Fine Arts. In the 1880s and 1890s, he travelled widely, painting portraits for Europe’s royal families including Christian IX of Denmark, the Romanovs and Queen Victoria. His tour de force The Family of Queen Victoria 1887 (now held in the Royal Collection) was commissioned by the Queen Empress and became an enduring favourite of hers. ‘The picture is beautiful,’ the Queen noted in her diary. ‘The drawing room admirably painted & the likenesses very good …the grouping & colouring, all charming’.

Tuxen was also associated with the Skagen painters. The Skagen Painters were a group of Scandinavian artists who gathered in the village of Skagen, the northernmost part of Denmark, from the late 1870s until the turn of the century. Skagen was a summer destination whose scenery and quality of light attracted northern artists to paint en plein air, emulating the French Impressionists – though members of the Skagen colony were also influenced by Realist movements such as the Barbizon School. They broke away from the rather rigid traditions of the Royal Danish Academy of Fine Arts and the Royal Swedish Academy of Arts, espousing the latest trends that they had learned in Paris. Among the group were Anna and Michael Ancher, Peder Severin Krøyer, Holger Drachmann, Carl Johan Wilhelm Madsen, Marie Krøyer, Carl Locher, Viggo Johansen and Thorvald Niss from Denmark,  Oscar Gustaf Björck and Johan Krouthén from Sweden, and Christian Krohg and Eilif Peterssen from Norway.

In his marine paintings, while faithfully depicting a realist scene, Tuxen was renowned for simultaneously capturing the mood of the sea. There are few better examples than this.