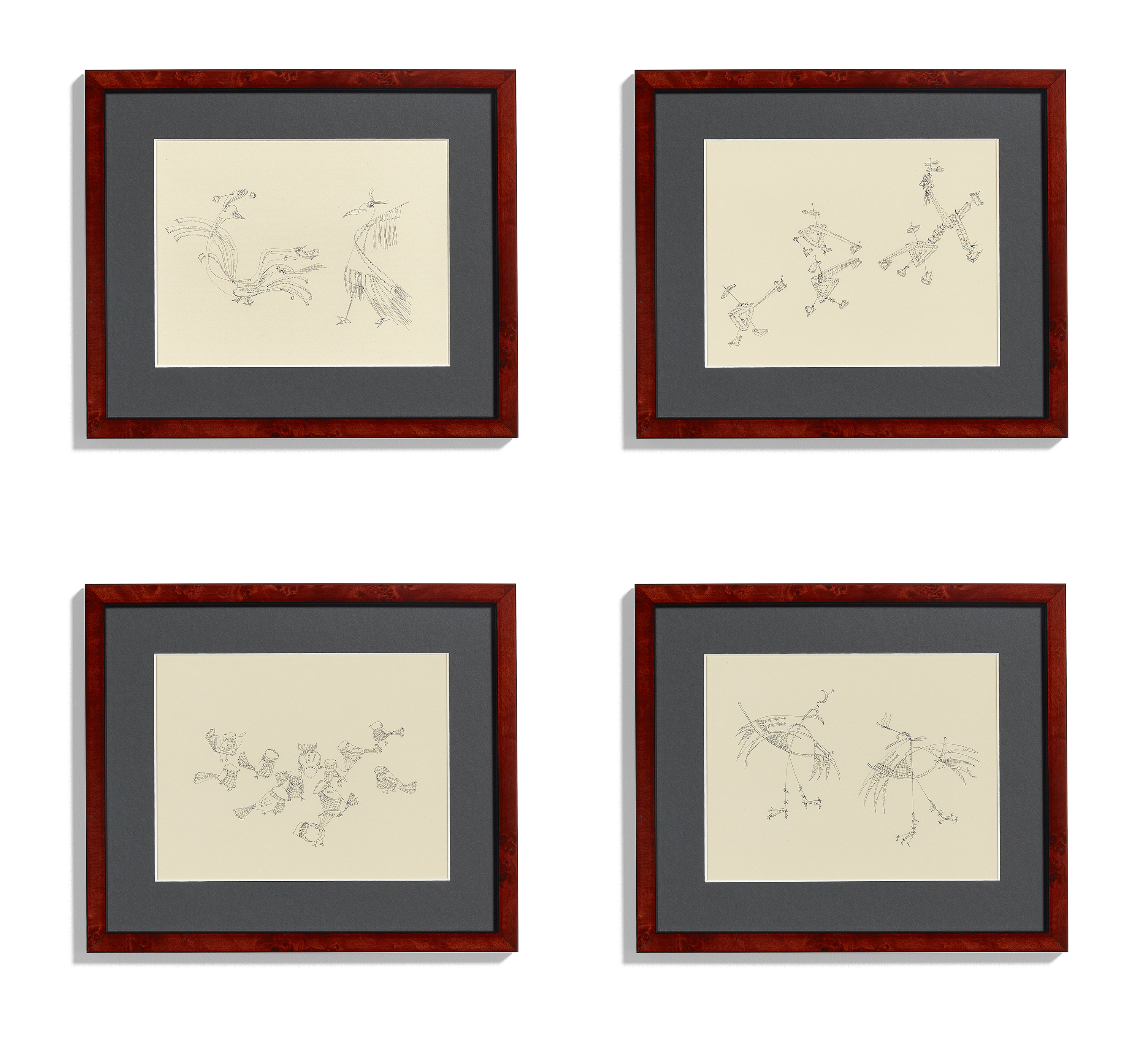 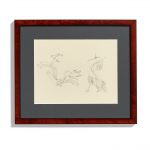 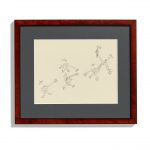 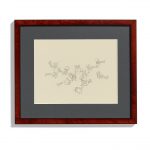 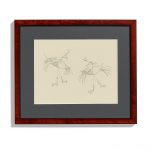 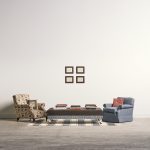 Set of four ink on paper drawings; each signed ‘Skaling’ in pencil on the verso
Newly-framed as pictured

One of her early dealers was the collector Earl Stendhal in Los Angeles. At the recommendation of Pierre Matisse and Fernand Leger, she was then represented by The Julius Carlebach Gallery of New York. Towards the end of the war, Skaling met and married the world-renowned architect and author Stamo Papadaki, and became part of the international art and architectural scene of the day, counting among their friends Le Corbusier, Fernand Leger, Jose Sert, Edgard Varese, Naum Gabo, James Sweeney, Alexander Calder, and Kurt Seligmann. Skaling and Papadaki settled in Connecticut – Audrey’s dealer during these years being Ruth White, in whose 57th Street gallery in New York City she had many exhibitions of paintings and sculptures. Her works are in museums and private collections in Athens, Rio de Janeiro, Geneva, and New York City. Many of Skaling’s works, exhibition announcements, press releases, magazine clippings can be viewed at the Smithsonian Institution website from the Ruth White Gallery records.