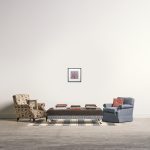 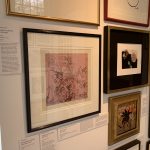 Horst Janssen was a German lithographer, printmaker, and illustrator. Characterized by his inventive line work and delicate imagery, his drawings are seen in the tradition of Goya and Munch. In 1964, Janssen was awarded the Darmstadt Art Prize and in 1965, a retrospective of his drawings and graphic works appeared in the kestnergesellschaft in Hanover. Numerous international exhibitions followed, yet his rising professional fame was contrasted by a tumultuous personal life, marked by multiple divorces and citations for public drunkenness. In 1968, he received the Grand Prize in graphic art at the Venice Biennale. Janssen died on August 31, 1995 in Hamburg, Germany, and the Horst Janssen Museum in Oldenburg is dedicated to his legacy. Wieland Schmied, the director of the kestnergesellschaft described him as ‘the greatest draftsman besides Picasso of the 20th century.’