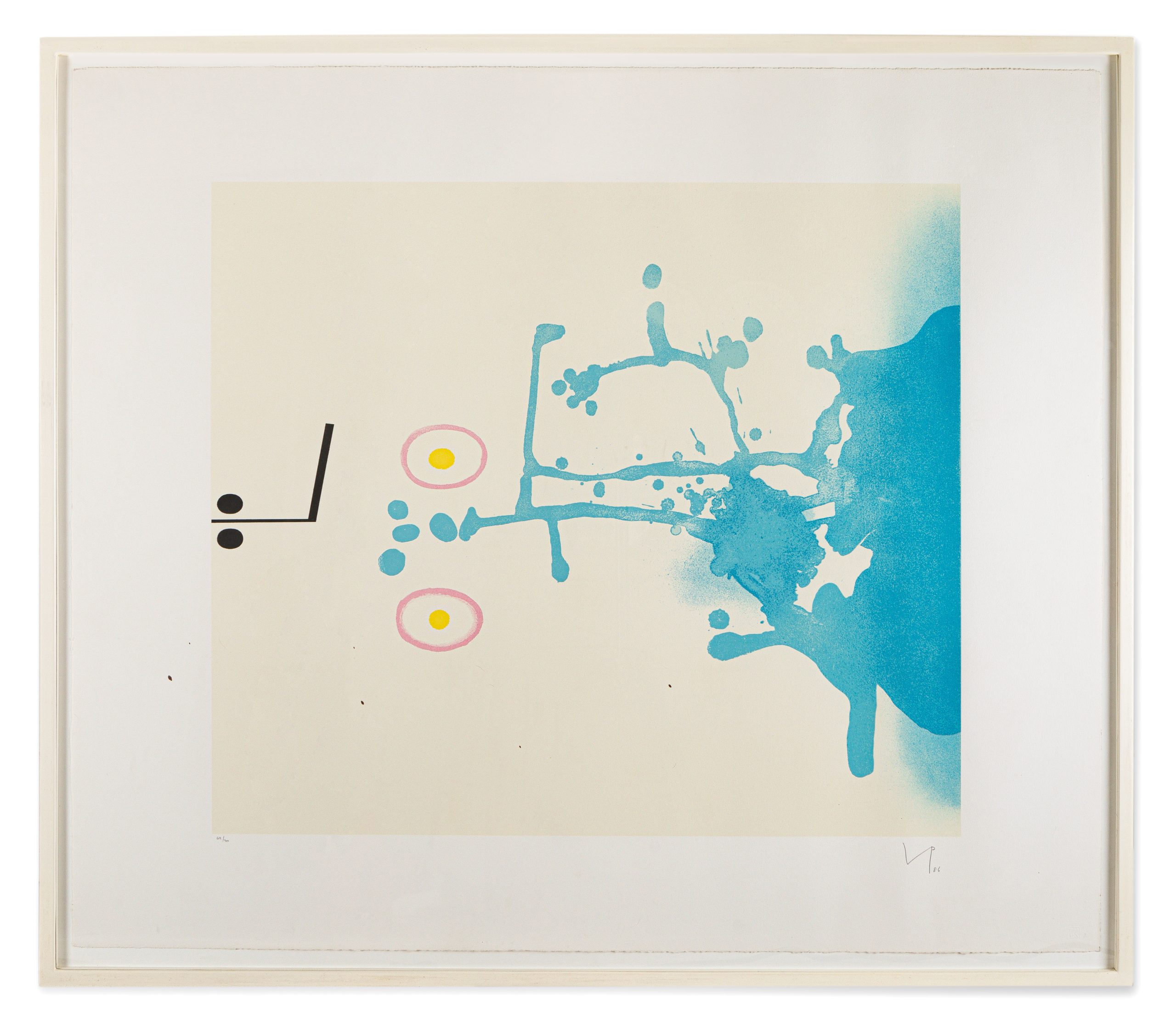 British artist and architect Victor Pasmore pioneered the development of abstract art in Britain in the mid 20th century. Born in Surrey, educated at Harrow, his first job was as an administrator at the London County Council. Whilst at this position, Pasmore studied painting at the Central School of Art in his spare time. Pasmore experimented with abstract art, after initially painting in a lyrical figurative style with images such as views of the River Thames from Hammersmith akin to Turner and Whistler. In the late 1940’s Pasmore became influenced by Ben Nicholson and other artists associated with abstract styles. He became a pioneer in the revival of Constructivism in England and his abstract artwork, consisting of collage and relief using new materials, was sometimes produced in large architectural scales. His style was revolutionary, and in the early 1950’s he acquired a number of public commissions such as an abstract mural for the Kingston upon Thames bus depot, and another for the Festival of Britain which promoted various British Constructivists. Victor Pasmore’s work has been offered at auction multiple times, the record price being $418,854 USD for Linear Motif in Black and White, sold at Christie’s London in 2017.