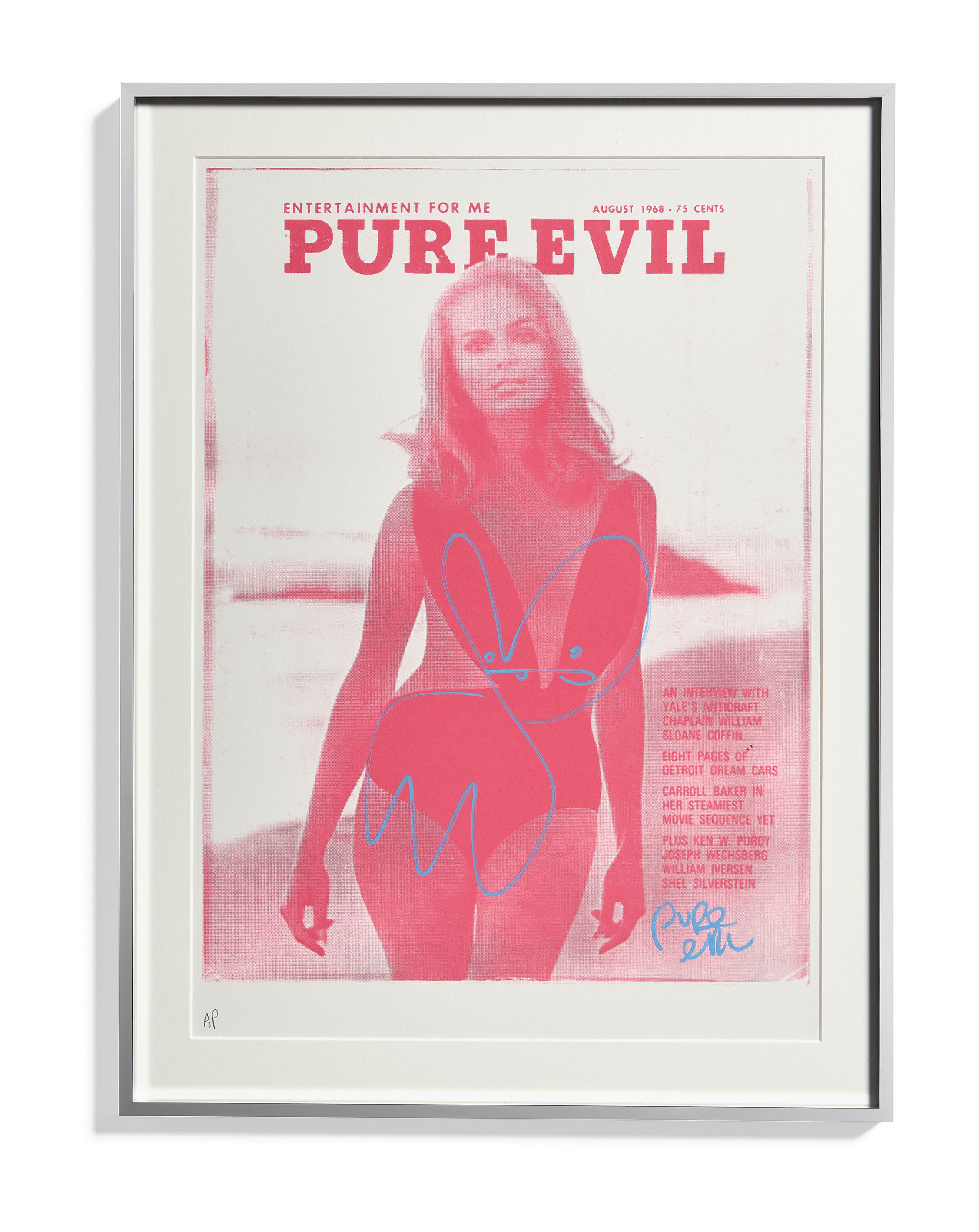 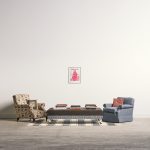 Screenprint on 300gsm Fedrigoni Art Paper; signed and inscribed AP; an artist's proof aside from the edition of 20
Newly-framed in polished aluminium as pictured

The son of Welsh painter John Uzzell Edwards, Charles Uzzell Edwards is a graffiti and street artist known better known as ‘Pure Evil’. Born in South Wales, he studied fashion and graphics in London before moving to California in the early 90’s where he began his street art. After 10 years in California, heavily influenced by West Coast graffiti artists like TWIST and REMINISCE and skate art, he returned to London and began painting weird fanged Pure Evil bunny rabbits everywhere. “I started to miss London”, he explains, “It’s a dirty place, but it’s the dirt that helps things to grow.” Pure Evil fell in with the people behind Banksy’s Santas Ghetto and started producing dark new prints and artwork. In the past five years he has exhibited worldwide in China, Russia, Mongolia, Brazil, USA, and all over Europe. He produces a monthly radio show and regularly gives workshops and participates in lectures about street art.