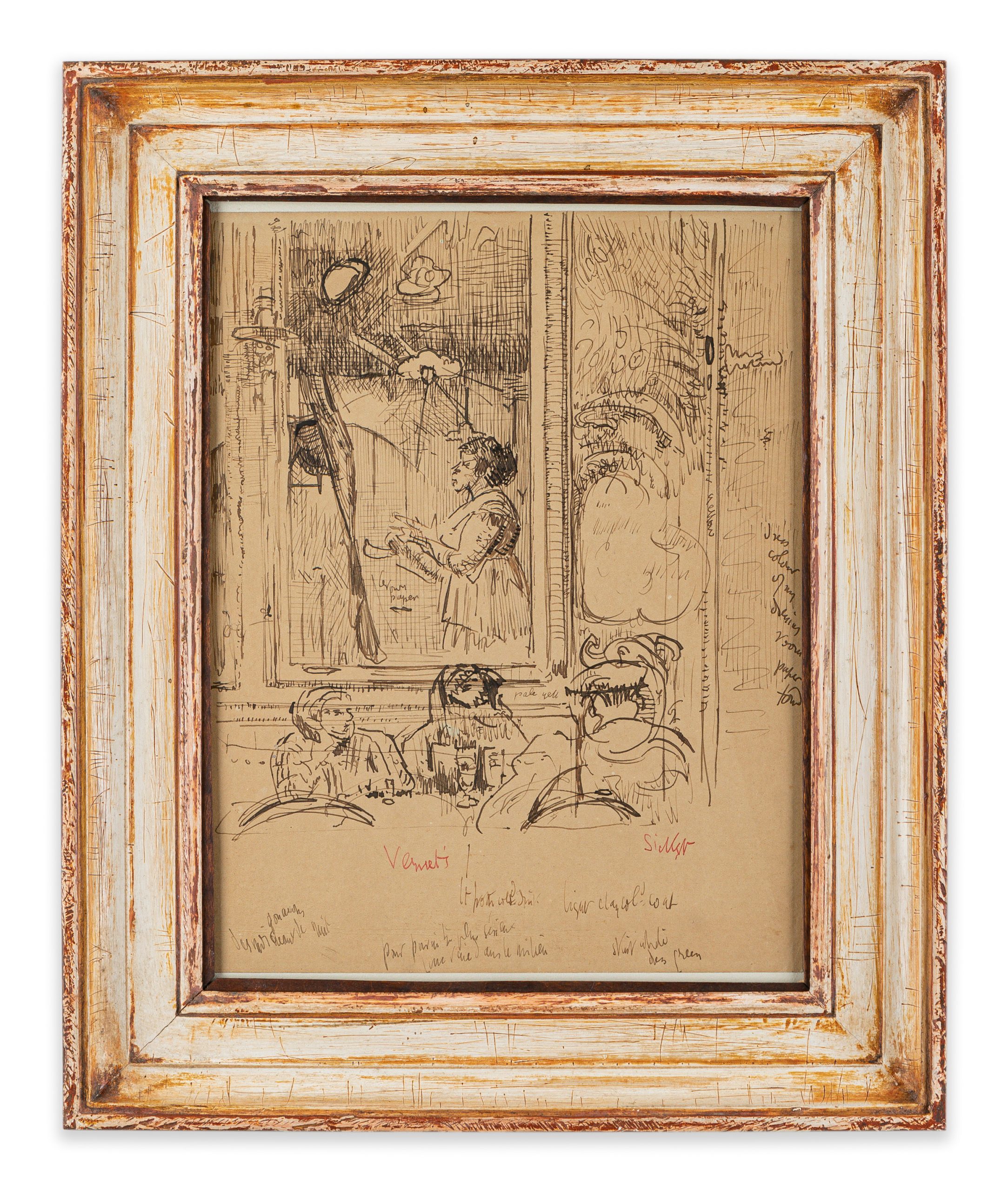 Walter Sickert is recognised as one of the most important artists of the 20th century, having helped shape modern British art as we know it. With ties to renowned painters from James Abbott McNeill Whistler to Edgar Degas, he strengthened the artistic connections between Britain and France and continues to influence contemporary painters to this very day.

After the Great War, Sickert and his wife made their home in France and by the spring of 1919 they had moved to Envermeu, a village within striking distance of Dieppe. After Christine Sickert’s death in October 1920, he moved back into Dieppe and remained there for two years. At this time most of his energies appear to have been concentrated on interiors at either the Café Vernet or the Casino. Vernet’s, on the quai Henri IV was what was known as a caboulot or café-chantant, a small café and bar where dancing and singing would form part of the evening’s entertainment. Richard Shone has pointed out (Wendy Baron and Richard Shone, Sickert Paintings, exhibition catalogue, 1992, p.274) that when Sickert was making studies at the Casino where play opened at midnight, he would spend the previous part of the evening at Vernet’s.

This drawing is one Sickert’s most elaborate and complex drawings from the series of studies connected with the café. In it, we see the singer’s image reflected in one of the large mirrors that lined the room. A similar scene is depicted in Au Caboulot au bout du Quai (The Montreal Museum of Fine Arts) which shows the singer seen from the behind and to the side of the small proscenium stage, giving an oblique view of the room and diners seated at a table. Another painting, O Nuit d’Amour (Manchester City Art Gallery) depicts the café from the exterior at night and shows the busy, bright interior, lined with mirrors and lit by chandeliers. This drawing is extensively annotated in English and French with colour notes and comments including ‘light froth cold drink’ with a line pointing to a glass and ‘colour of my drawing room walls’.