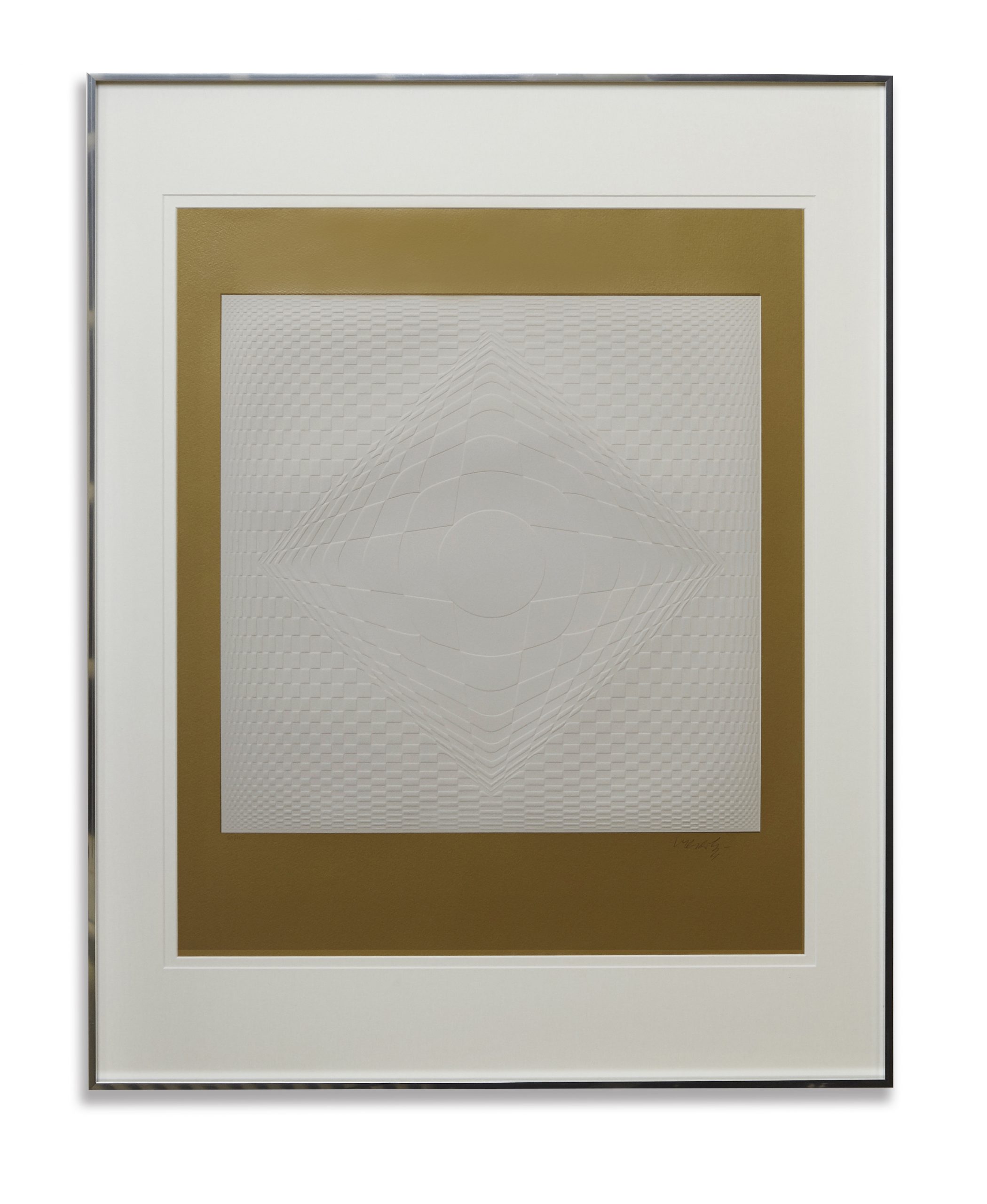 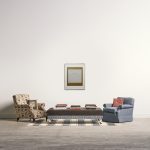 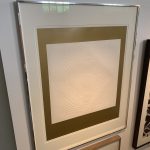 Victor Vasarely was a French-Hungarian artist credited as the grandfather and leader of the Op Art movement. Utilizing geometric shapes and colourful graphics, the artist created compelling illusions of spatial depth. His 1937 work entitled Zebra, created is considered by some to be the earliest example of Op Art. Vasarely’s method of painting borrowed from a range of influences, including Bauhaus design principles, Wassily Kandinsky, and Constructivism.

During the 1940s, the artist experimented in a style based in Surrealism and Abstract Expressionism before arriving at his hallmark checkerboard paintings inspiring other Op Art practitioners like Bridget Riley and Yaacov Agam. The artist died at age 90 on March 15, 1997 in Paris, France.

His works are held in the collections of the Albright-Knox Art Gallery in Buffalo, the Art Institute of Chicago, the Tate Gallery in London, and the Peggy Guggenheim Collection in Venice. In 2019, a temporary exhibition of Vasarely’s work entitled Le Partage des Formes was displayed in the Centre Georges Pompidou in Paris.