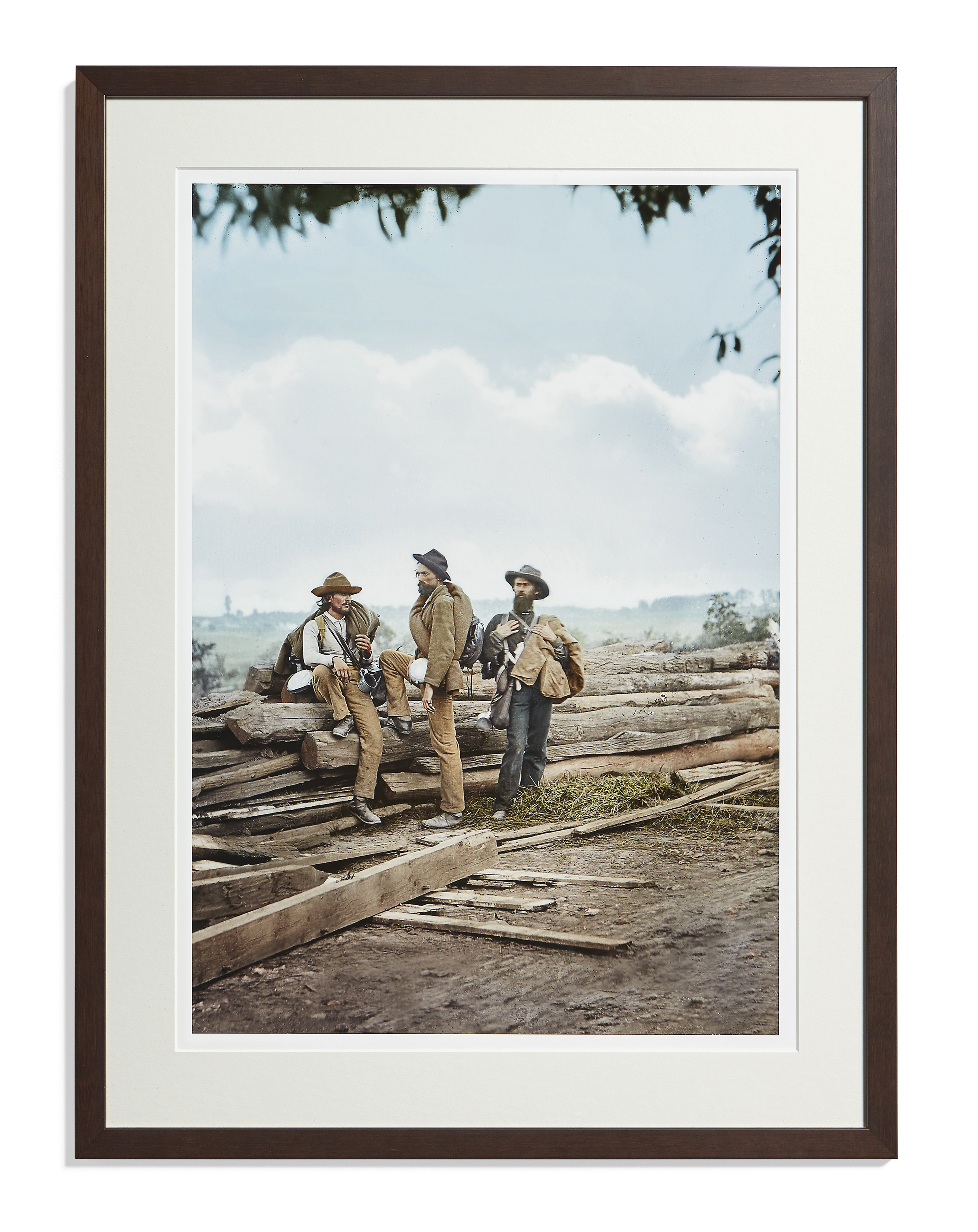 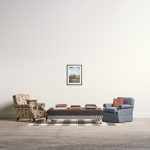 A remarkable soldier photograph taken at a time when photography was still in its formative days. The dignity and insouciance of these defeated (and sublimely modern-looking) men is quite something (and quite something for their Union captors to have recorded).

The Battle of Gettysburg (1-3 July 1863) was a major engagement in the American Civil War fought 35 miles southwest of Harrisburg, Pennsylvania resulting in a crushing Southern defeat. After defeating the Union forces of Gen. Joseph Hooker at Chancellorsville, Virginia in May, Confederate Gen. Robert E. Lee decided to invade the North in hopes of further discouraging the enemy and possibly inducing European countries to recognize the Confederacy. His invasion army numbered more than 71,000 troops. When he learned that the Union Army of the Potomac had a new commander, Gen. G Meade, Lee ordered Gen. R.S. Ewell to move to Cashtown or Gettysburg. However, the commander of Meade’s advance cavalry, Gen. John Buford, recognized the strategic importance of Gettysburg as a road centre and was prepared to hold this site until reinforcements arrived.

The first day of battle saw considerable fighting in the area, Union use of newly issued Spencer repeating carbines, heavy casualties on each side, and the simultaneous conclusion by both commanders that Gettysburg was the place to fight. On the second day there were a great number of desperate attacks and counterattacks in an attempt to gain control of such locations as Little Round Top, Cemetery Hill, Devil’s Den, the Wheatfield, and the Peach Orchard. There were again heavy losses on both sides. On the third day Lee was determined to attack. In an event that would go down in history as “Pickett’s Charge” some 15,000 Confederate troops, led by Gen. George Edward Pickett assaulted Cemetery Ridge, held by about 10,000 Federal infantrymen. The Southern spearhead broke through and penetrated the ridge, but there it could do no more. Critically weakened by artillery during their approach, formations hopelessly tangled, lacking reinforcement, and under savage attack from three sides, the Southerners retreated, leaving 19 battle flags and hundreds of prisoners. On July 4 Lee waited to meet an attack that never came. That night, taking advantage of a heavy rain, he started retreating toward Virginia. His defeat stemmed from overconfidence in his troops, Ewell’s inability to fill the boots of Gen. Thomas J. (Stonewall) Jackson and faulty reconnaissance. Though Meade has been criticized for not destroying the enemy by a vigorous pursuit, he had stopped the Confederate invasion and won a critical three-day battle.

Losses were among the war’s heaviest: of about 94,000 Northern troops, casualties numbered about 23,000 (with more than 3,100 killed); of more than 71,000 Southerners, there were about 28,000 casualties (with some 3,900 killed). Dedication of the National Cemetery at the site in November 1863 was the occasion of Pres. Abraham Lincoln’s Gettysburg Address. The battlefield became a national military park in 1895.