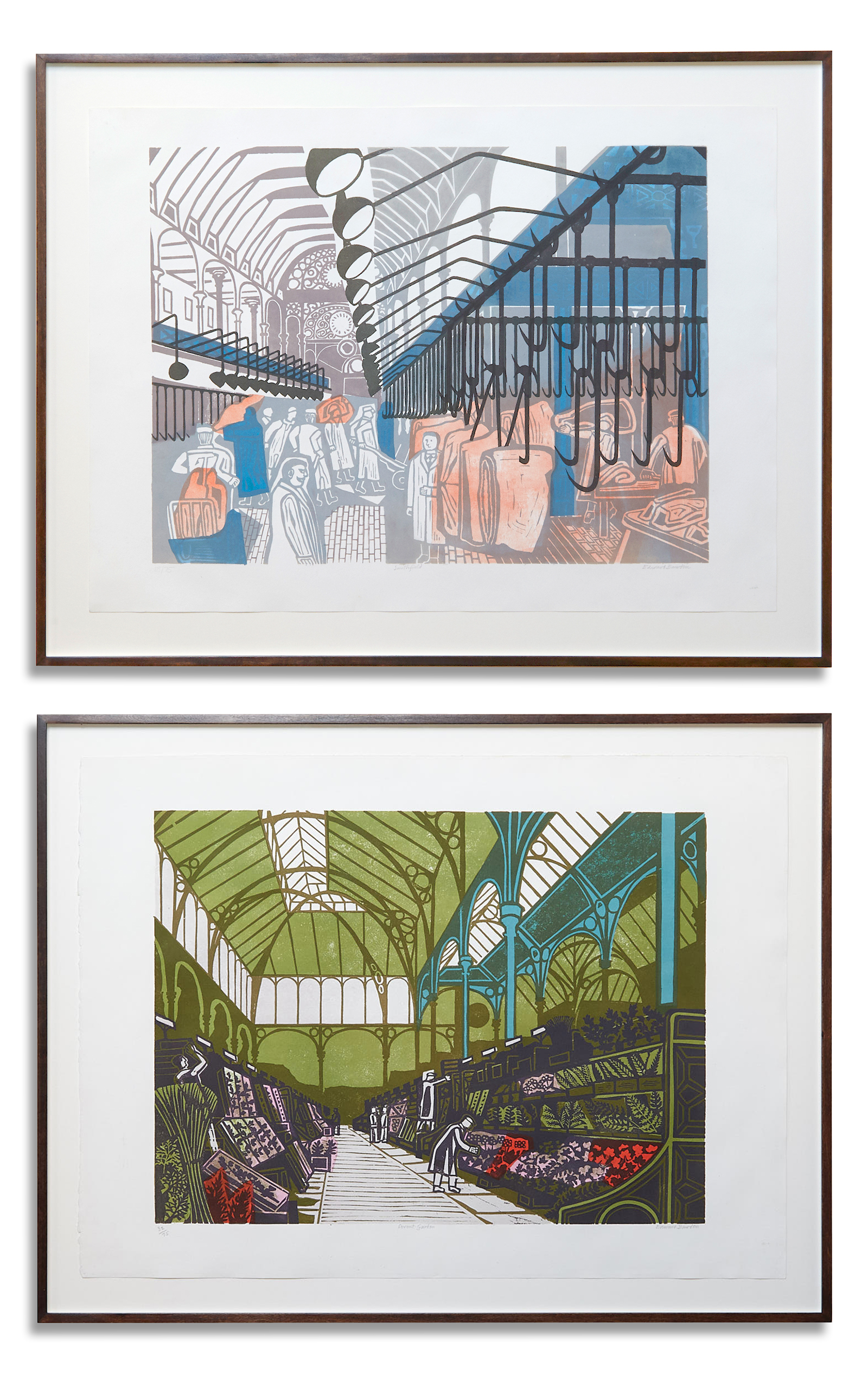 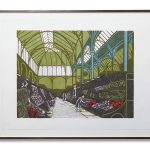 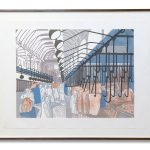 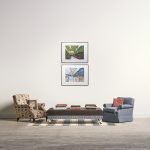 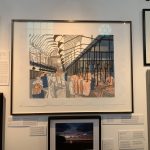 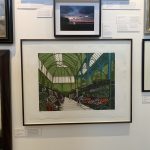 Edward Bawden (1903-89) was a master printmaker, illustrator, watercolourist and designer and is today recognised as one of the most influential artists of his generation. It was during the late 1950’s and 60’s that he produced the linocuts and lithographs depicting everyday England for which he is best known – among them Nine London Monuments, large prints of Kew Gardens and Brighton, Liverpool Street Station, and a series on the London Markets of which this pair is the most highly-favoured. His later work is notable for its simplicity of line and its wit, and is representative of lino-cutting at its best. Between 1930 and 1970, Edward Bawden was an important member of the Great Bardfield group of local artists, among them John Aldridge, George Chapman, Stanley Clifford-Smith, Audrey Cruddas, Walter Hoyle and Eric Ravilious. In 1951 he was appointed trustee of the Tate Gallery (1951-1958) and in 1962 he was appointed Honorary Fellow of the Royal College of Art.