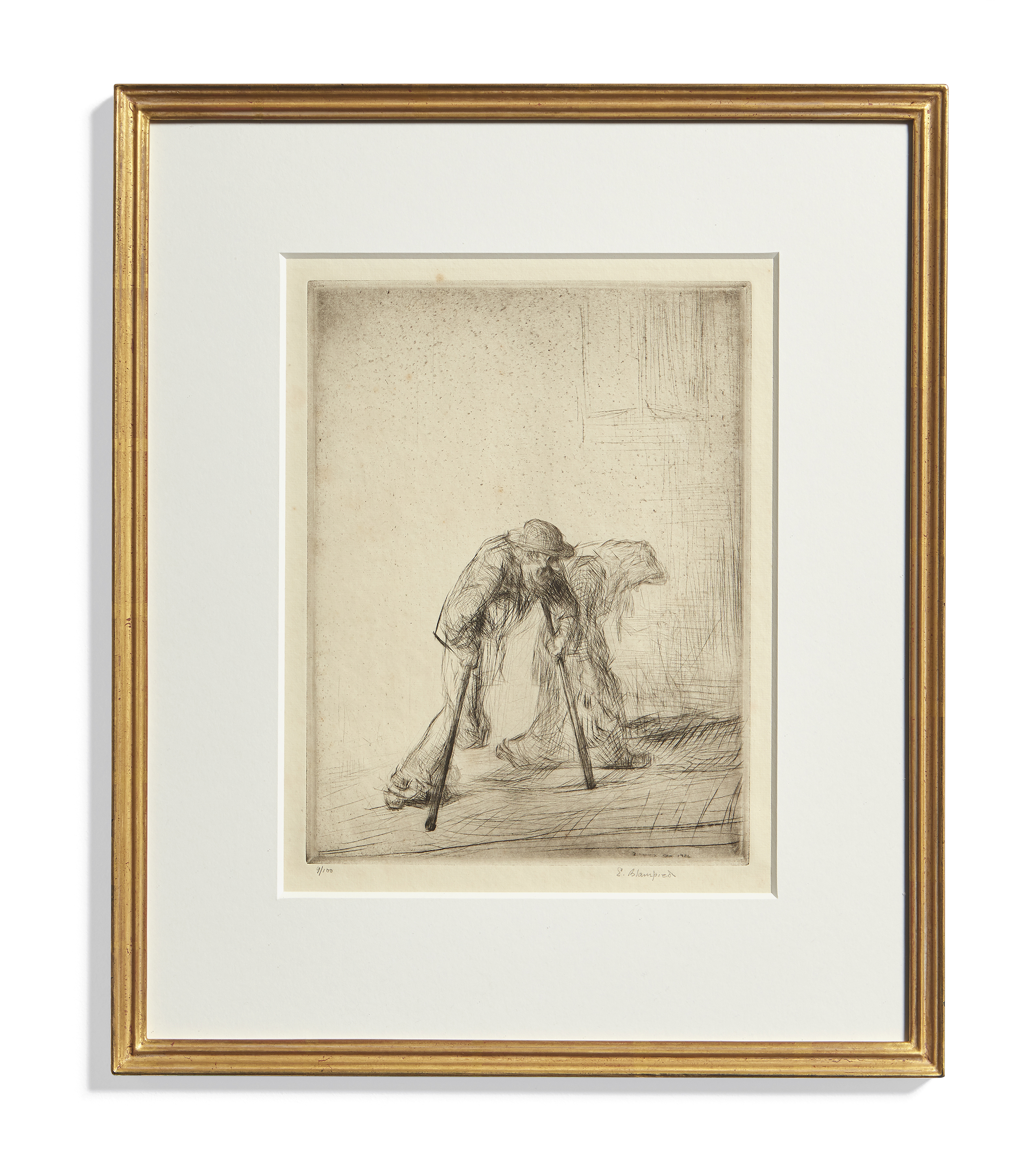 Etching; signed and numbered in pencil
Framed in handmade water gilt as pictured

Jersey-born Blampied is now recognised as one of the foremost British draftsmen of the 20th century. Greatly versatile, he worked as a painter, illustrator, and occasional sculptor, though is best remembered as a printmaker and, especially, an etcher. Born on a farm, he produced some particularly evocative etchings of agricultural and peasant subjects. Their fluidity of line, strong sense of humanity and Gallic humour suggest a kinship with Daumier and Gavarni. His work is represented in numerous public collections, including The Fitzwilliam Museum (Cambridge); Jersey Museum (St Helier); and Boston Public Library and the Cleveland Museum of Art (Ohio).