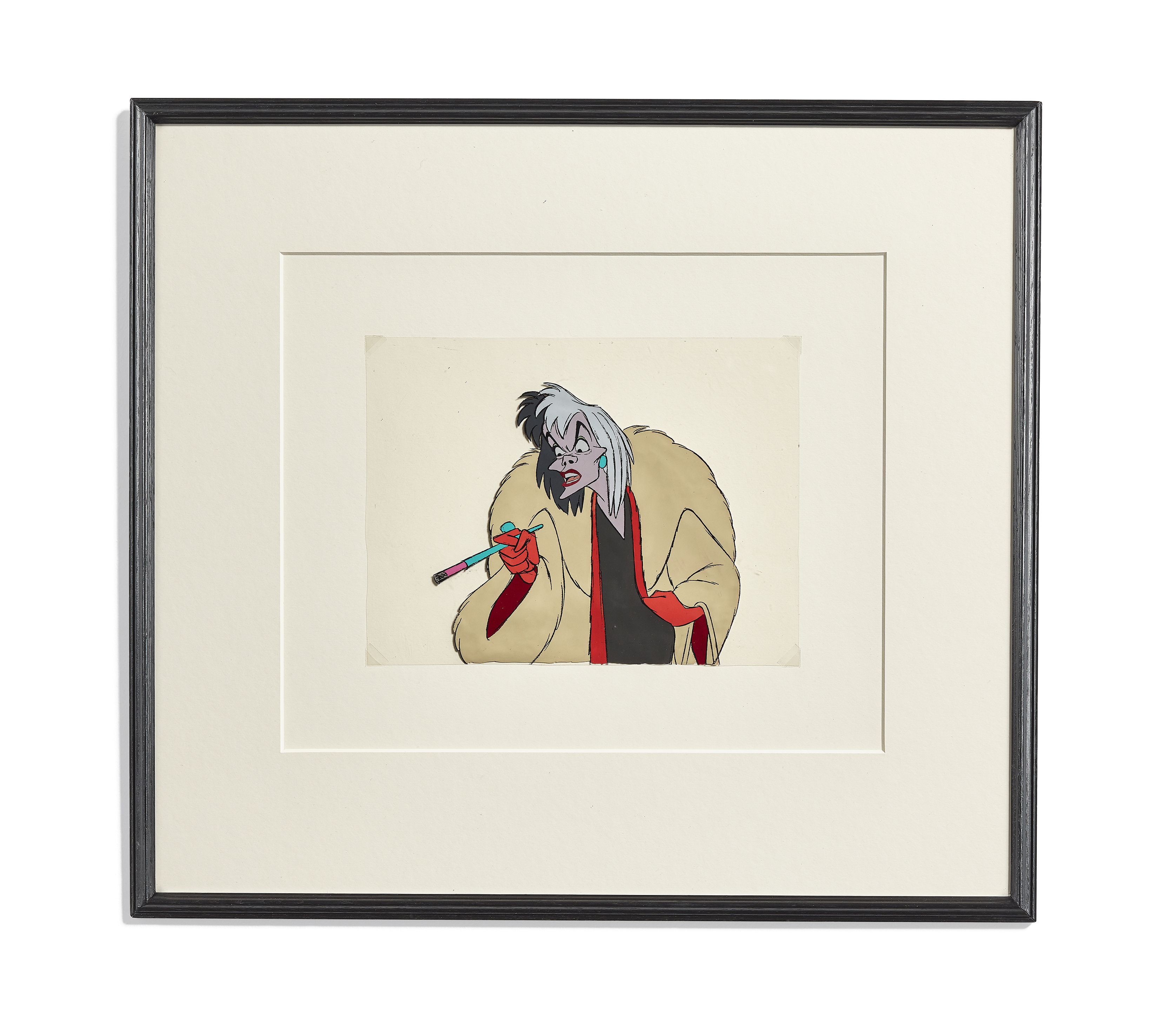 The character of Cruella De Vil was created by Dodie Smith for his novel 101 Dalmatians in 1956, but it was Disney animator Marc Davis’s* visual interpretation that the world remembers. Although some of Cruella’s traits were based on the novel, Davis along with Bill Peat, morphed the character by making her razor thin and exaggerating her oversized coat onto her skeletal frame. The long cigarette holder was modelled on one Davis used himself. Inspiration was also drawn from Hollywood legends Tallulah Bankhead, Bette Davis, and Rosalind Russell. Movement, according to Davis, was consistent with “someone you wouldn’t like,” and another inspiration was based on “one woman I knew who was just a monster. She was tall and thin and talked constantly – you never knew what she was saying, but you couldn’t get a word in edgewise.”

The cel is from the scene after Horace and Jasper have dognapped the fifteen Dalmatian puppies of Pongo and Perdita. Those puppies, plus an additional 84 Dalmatian puppies that Cruella had purchased from pet stores, are all hidden away at Hell Hall, Cruella’s abandoned and dilapidated family estate. Cruella shows up at the house and wants Horace and Jasper to kill the puppies immediately because as she yells “The police are everywhere. I want the job done tonight!”

*Marc Fraser Davis was a prominent American artist and animator for Walt Disney Animation Studios. He was one of Disney’s Nine Old Men, the famed core animators of Disney animated films, and was revered for his knowledge and understanding of visual aesthetics. After his work on One Hundred and One Dalmatians he moved to Walt Disney Imagineering to work on rides for Disneyland and Walt Disney World before retiring in 1978. Walt Disney once said of Davis, “Marc can do story, he can do character, he can animate, he can design shows for me. All I have to do is tell him what I want and it’s there! He’s my Renaissance man.”