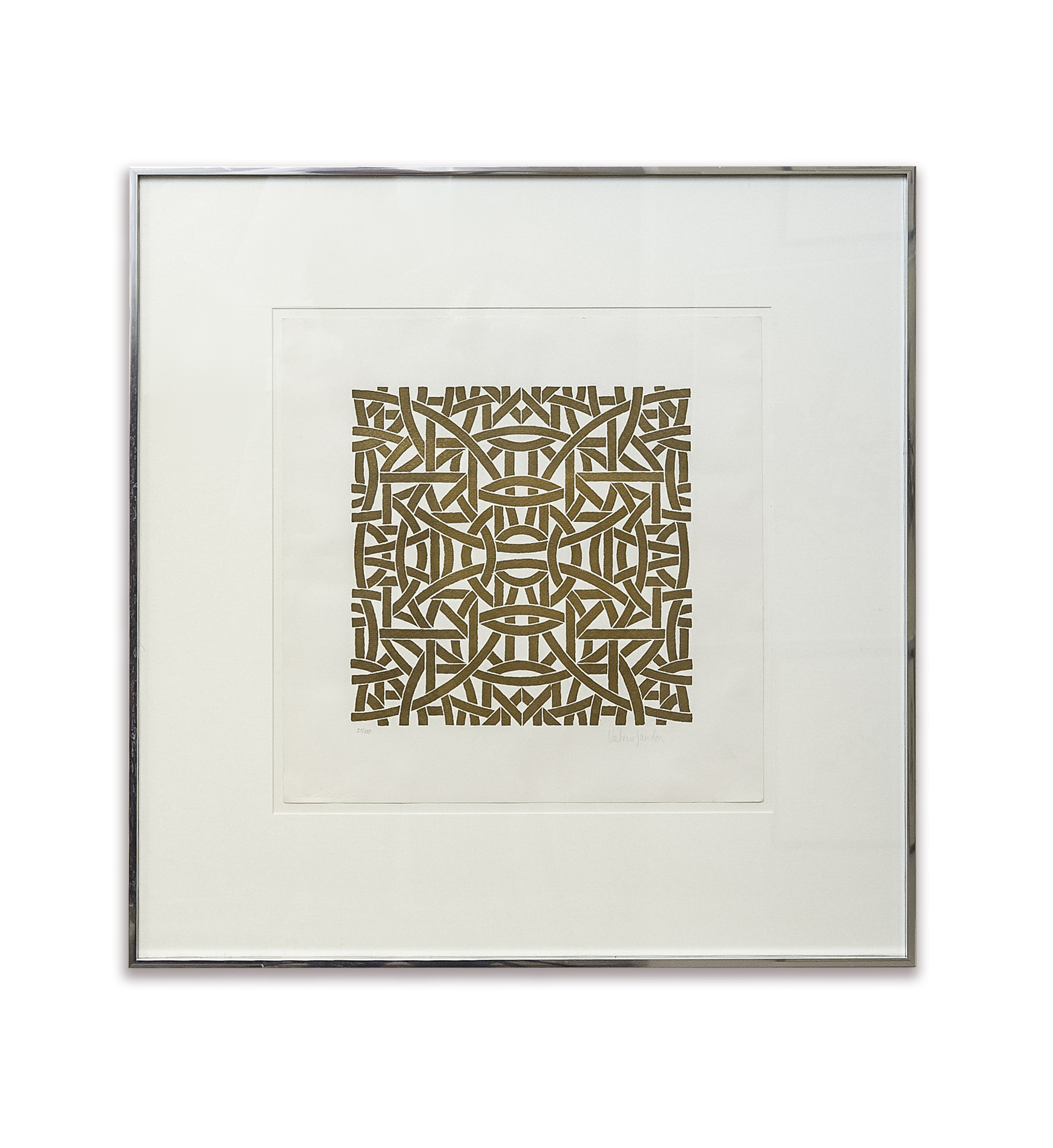 Screenprint; signed and numbered with publisher embossing
Newly-framed in polished aluminium as pictured

During the course of Jaudon’s distinguished forty-year career, she has been committed to redefining the parameters of abstraction. A member of the original 1970s Pattern and Decoration group, she is a representative of important tendencies of the larger Postminimalist movement. Jaudon was the driving force behind the influential 1991 Sidney Janis Gallery exhibition, Conceptual Abstraction (reprised and expanded in 2012 in an exhibition in the Hunter College Times Square Galleries) and has continued to work toward the development of a grammar of abstraction.