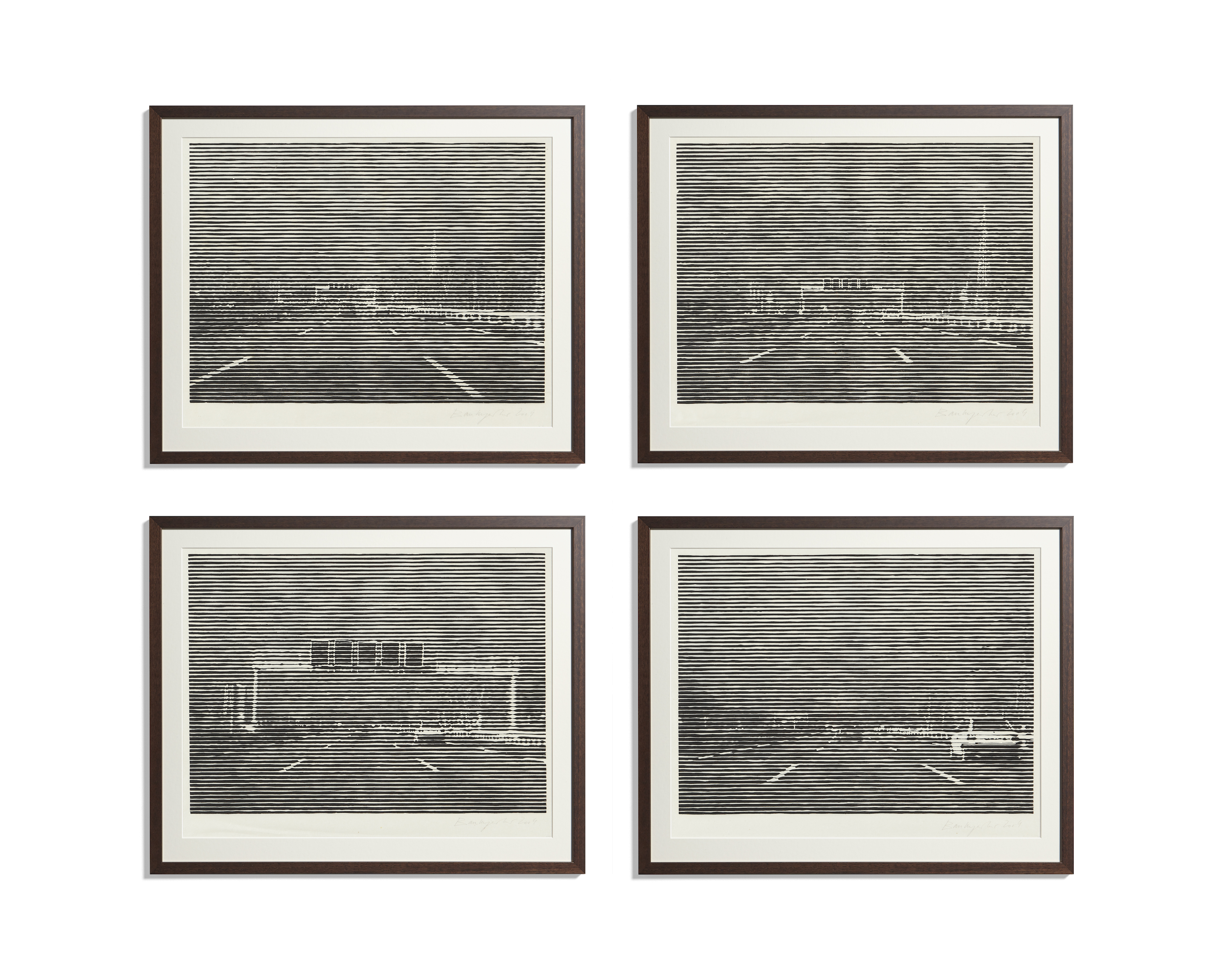 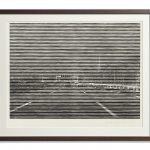 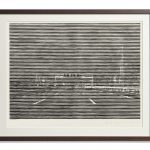 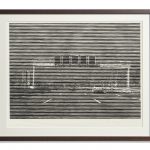 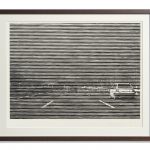 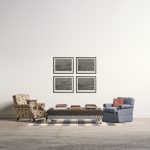 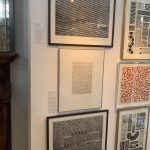 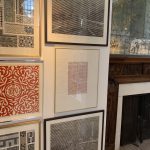 Four sheets of woodcuts on Japan; each signed and dated in pencil lower right
Newly-framed as pictured

Christiane Baumgartner was born in Leipzig, Germany, and studied there at the Hochschule für Grafik und Buchkunst before completing her Masters in Printmaking at the Royal College of Art in London in 1999. She is best known for the monumental woodcuts based on her own films and video stills.

She first came to public attention in the UK in EAST international in 2004 and a year later with a major solo exhibition at the Ikon Gallery, Birmingham. She was included in the groundbreaking exhibition, Eye on Europe, at the Museum of Modern Art, New York, in 2006. White Noise, a major solo retrospective toured to Museum Kunstpalast, Düsseldorf, the Centre de la Gravure et de l’Image imprimée, La Louvière, Belgium, and Musée d’art et d’histoire, Geneva, in 2015 and 2016. Baumgartner has had several solo exhibitions at the Alan Cristea Gallery and further presentations at Museum of Fine Arts, Boston (2017); Goethe Institute, Hanoi (2012); Museum Franz Gertsch, Burgdorf (2011) and Spinnerei archiv massiv, Leipzig (2010). She was awarded the prestigious Mario Avati Printmaking Prize in 2015 by the Académie des beaux-arts, Paris, where she staged her first solo exhibition in France in the same year. In September 2018, Baumgartner has a major solo exhibition opening at the Davis Museum, Wellesley College, Massachusetts, and in early 2019 she participated in Manif d’Art – The Quebec City Biennial in Canada.