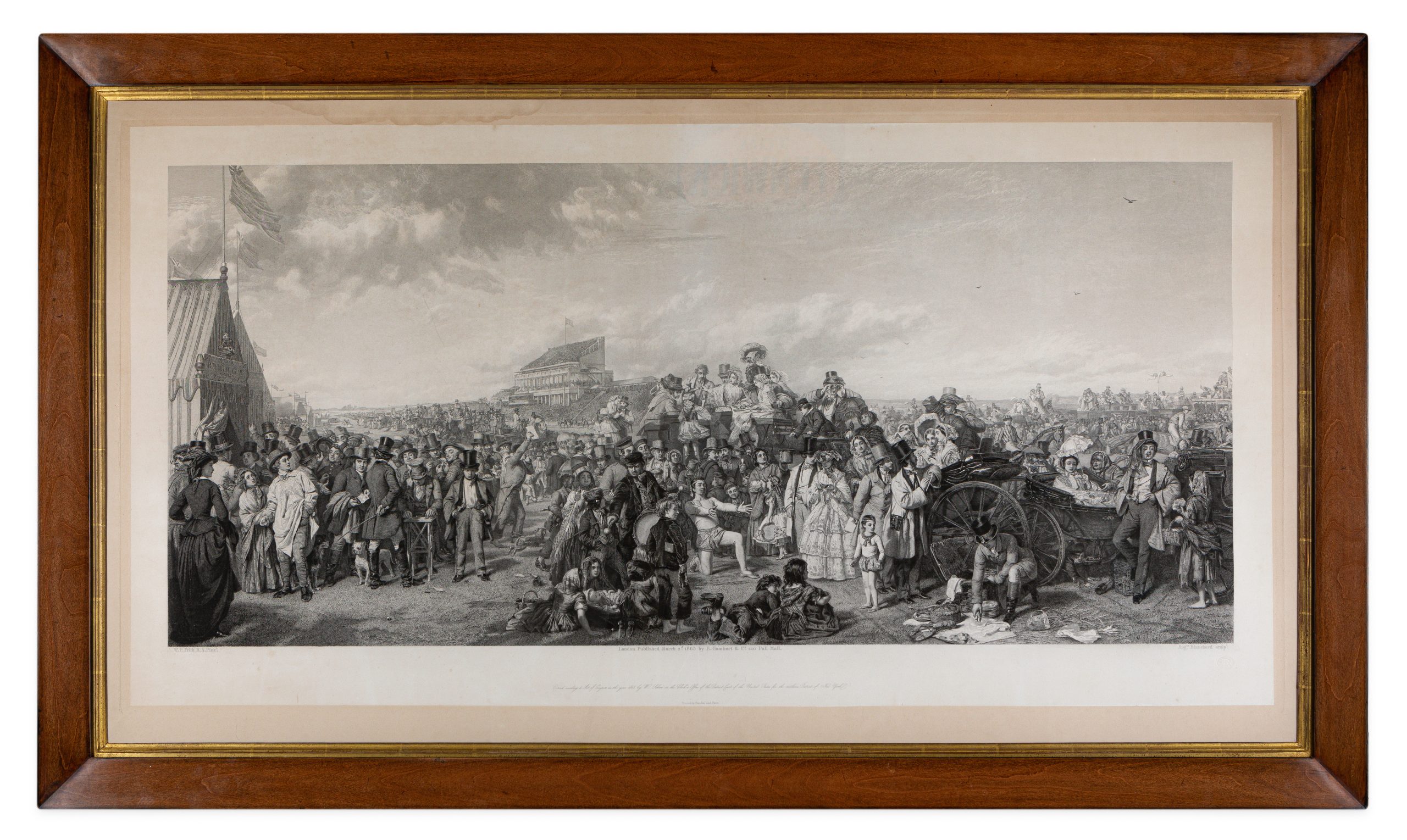 William Powell Frith (1819-1909) was one of the greatest painters of nineteenth-century life and his teeming panoramic views, including Ramsgate Sands and The Railway Station broke new ground with their depictions of a diverse contemporary crowd.When The Derby Day was first exhibited at the Royal Academy in 1858, it proved so popular that a rail had to be put up to keep back the crowds. Created after a visit to the Derby at Epsom in 1856, Frith’s most famous painting captures the excitement of one of the premier events in British horse racing. The race itself however takes a decided back seat to the many personalities in the congested throng of people in the foreground, representatives from all social classes. On the left side, a well-dressed group of men make bets on the sleight-of-hand tricks of a thimble rigger at a makeshift table. Nearby a ruddy-faced young man in a country drover’s smock has his hand in his pocket, while an anxious woman tries to stop him from making an unwise bet on the swindler’s game. To the other side of the trickster’s table, a young man stands checking his empty pockets, the victim of a pickpocket. On the far right, an unhappy-looking young woman seated in a carriage tries her best to ignore both the advances of a fortune-teller and her equally bored male companion, who leans against the vehicle assessing a barefoot girl selling flowers with a predatory gaze. In the centre of the painting, children sprawl on the ground. The top-hatted men mix not only with well-dressed women, but also with a woman holding a baby begging coins from the more affluent people in the carriages. The viewer’s eye is attracted to a pair of tumblers dressed in white. While the older of the two holds out his arms to “catch” the other, the child’s attention is distracted by the picnic being spread in front of the carriages by a footman. Auguste Blanchard was one of the pre-eminent French engravers of the time. William Powell Frith’s work has been offered at auction multiple times, the record price being $782,222 USD for The Derby Day; the first study for Frith’s famous painting sold at Christie’s London in 2011.