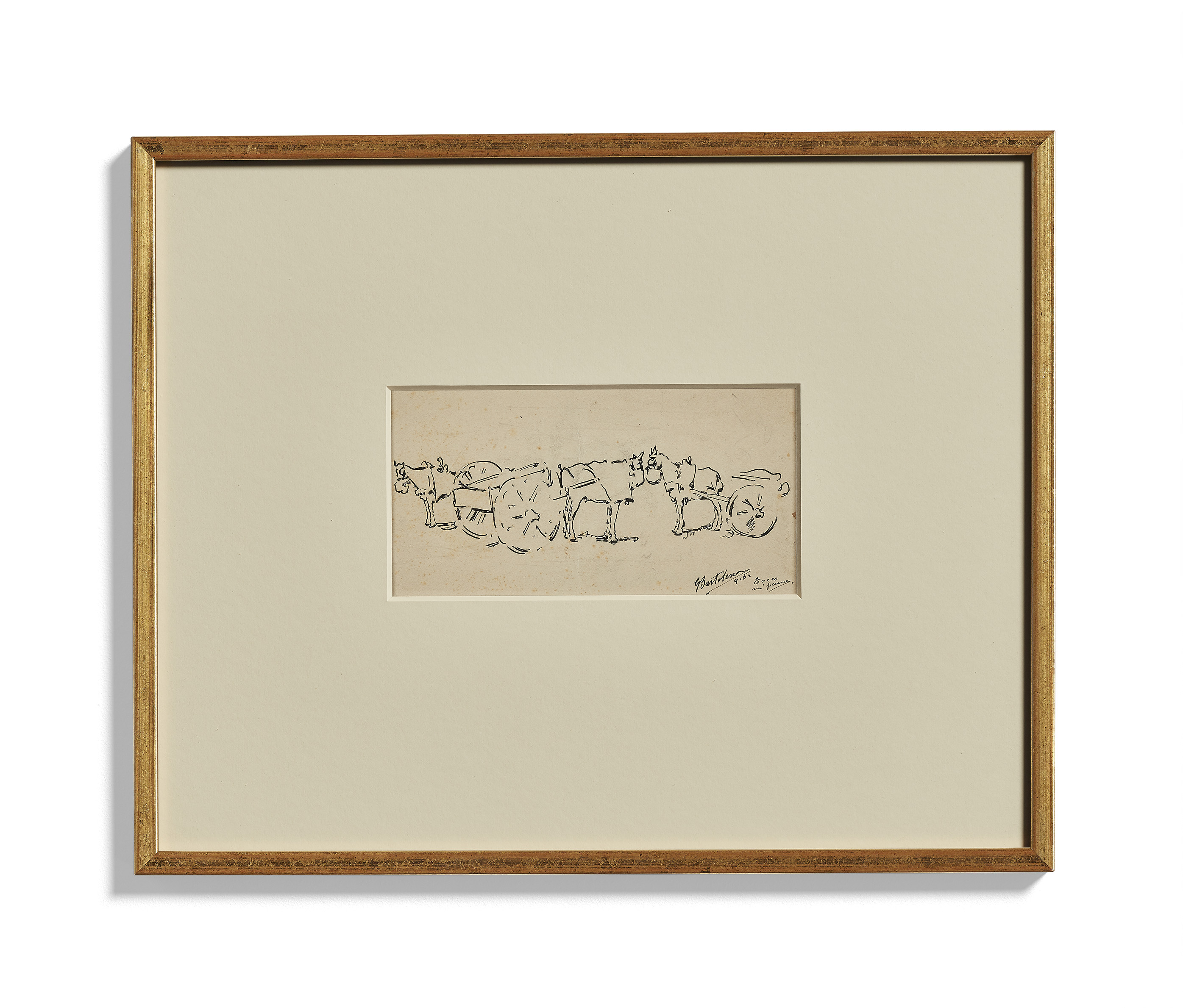 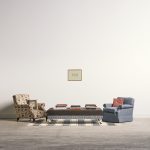 Black pen on ivory paper; Signed in pen and dated "915", written in pen "Tocco in Penna*"
Newly-framed in gold leaf box as pictured

Born near Livorno to an affluent family, Bartolena learned the rudiments of painting from his artist uncle Cesare. He studied briefly at the Academy of Fine Arts at Florence and attended courses by Giovanni Fattori before being expelled on account of his wild and extravagant lifestyle. He exhibited at the Promotrice di Turin in 1892 and in successive years in Florence (where he consorted with Signorini, Lega and other habitués of the Caffè Michelangelo) and Turin before moving to Marseille in 1898. Again, running out of money however, he returned to Italy. Settling permanently Leghorn in 1919, under the auspices of a textile merchant Maecenas by the name of Luciano Cassuto, he finally applied himself to his work. The same Cassuto organized his first personal exhibition in Milan at L’Esame Gallery between December 1926 and January 1927. It was hailed by the critics, in particular by Carlo Carrà, who wrote glowingly about it in the columns of L’Ambrosiano. Throughout the 20s and 30s his star continued to rise. However, just, as an oldish man, he began to achieve real commercial success, his history of fast-living caught up with him and he succumbed to cancer in 1942.

Pen drawings without wash are described as ‘Tocco in Penna”.