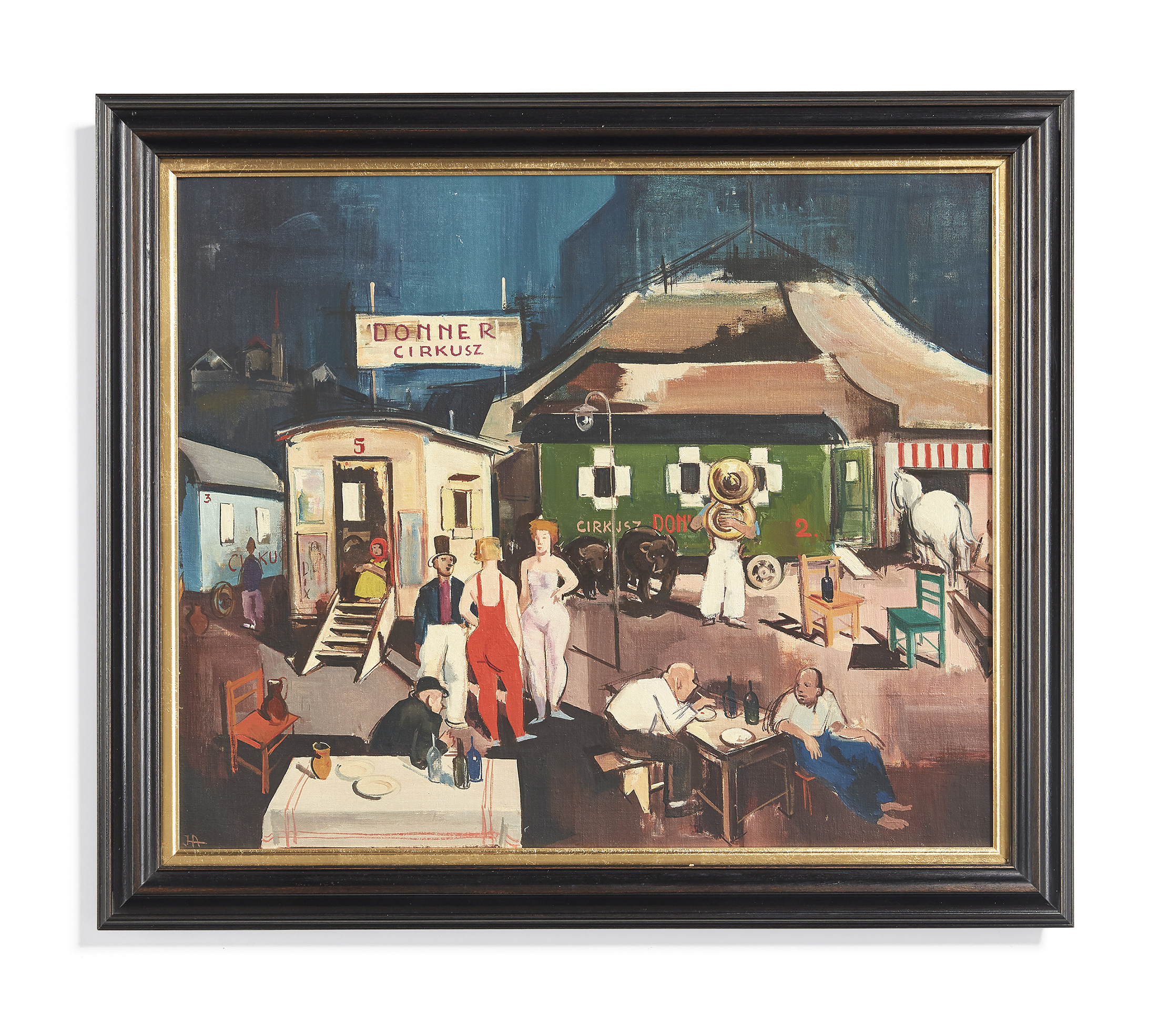 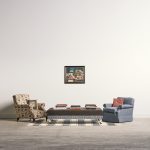 Oil on Canvas
Newly-framed (and glazed) in japanned lacquer

Vilmos Aba- Novák was a Hungarian painter and graphic artist. He was an original representative of modern art in his country, and specifically of its modern monumental painting. He was also the celebrated author of frescoes and church murals at Szeged and Budapest and was officially patronized by the Hungarian nobility.

Novák was born in Budapest Hungary, where he would also die. After studying at the Art School until 1912, he began work under Adolf Fenyes. Between 1912 and 1914, Novák studied at the College of Fine Arts in Budapest. Completing his service in the Austro-Hungarian army on the Eastern Front during World War I, he took up drawing with Viktor Olgyai. Aba Novak was particularly interested in circuses and the village fair marketplaces which appeared in his early paintings with the vivid colours of Expressionism and the Italian novocento. Between 1921 and 1923, he spent his summers with the group of artists in Szolnok and Baia Mare Romania and was first exhibited in 1924. He was sent by the Hungarian Academy as a Fellow on a scholarship to Rome (1928 and 1930), and became a renowned representative of the so-called “Roman School” in Hungarian painting.

Aba Novák painted many frescoes for the Roman Catholic Church – notably Hõsök Kapuja (Heroes’ Gate – a rare Hungarian example of novocento architecture, commemorating World War I soldiers) in Szeged in 1936 (the latter was white-washed after 1945, restored between 1986 and 2000), and painted many commissions for the Hungarian government. He also worked on frescoes of the Saint Stephen Mausoleum in Székesfehérvár and on the Church in Városmajor, Budapest in 1938. The jury’s Grand Prize at the Paris World Exhibition in 1937 and the 1940 Venice Biennale were both awarded to him. He was a teacher at the College of Fine Arts from 1939 until his death.