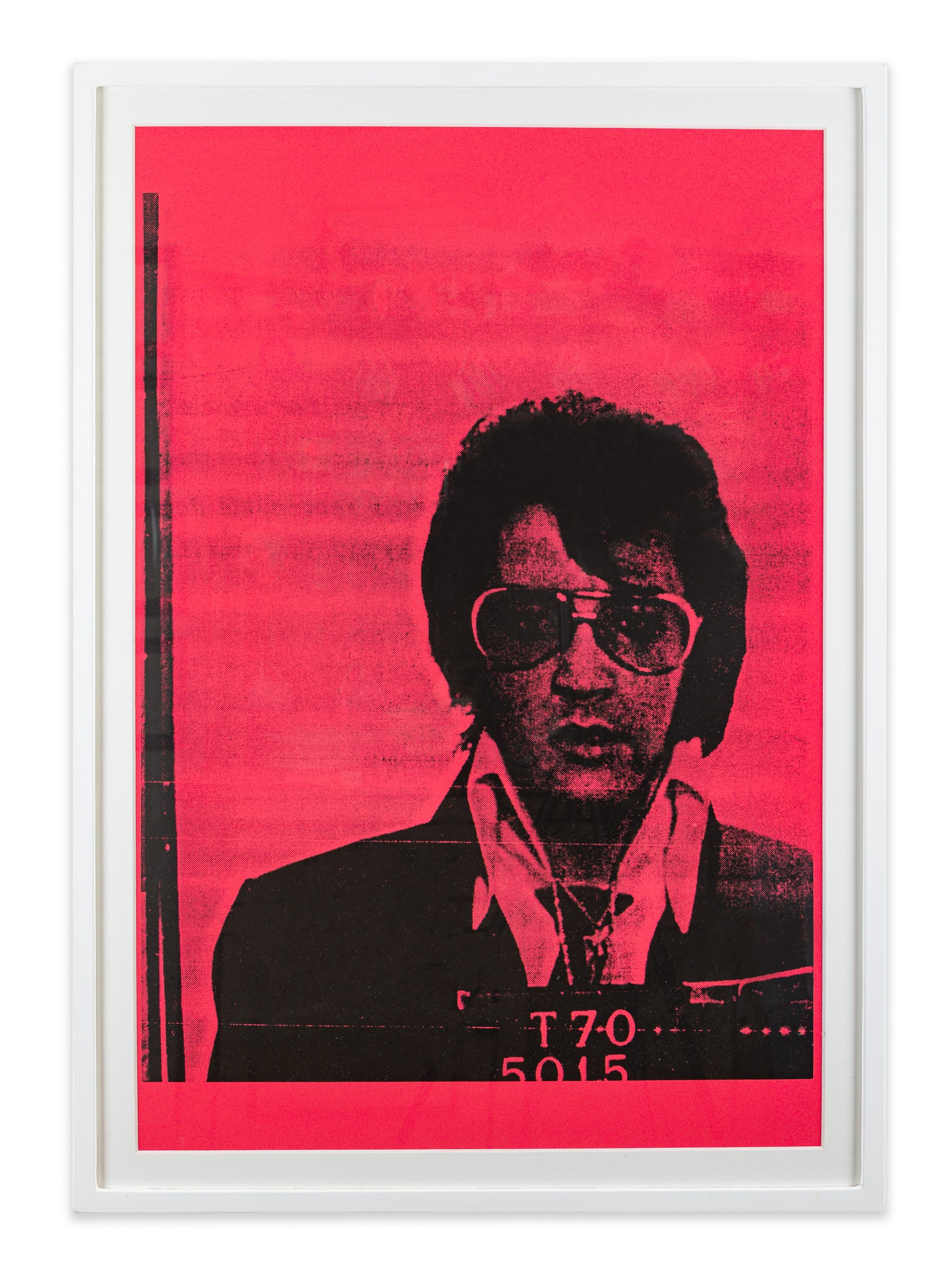 lithograph; signed on the verso
Newly-framed as pictured

British-American artist Russell Young is best known for compelling, larger-than-life works appropriated from recent history and popular culture. Alluding to the great Pop artists of the past, he reinvents bold, sometimes brutal imagery while bearing witness to the ambition and glamorous excesses of twenty-first-century America. Young has risen to become one of the most collected pop artists of the last decade. He has been exhibited in numerous cities around the world such as London, Paris, Berlin, Singapore, Vienna, New York, Miami, Montreal, Los Angeles, Tokyo, San Francisco. His silkscreen paintings have acquired a huge and illustrious fan base. Abby Rosen, The Getty’s, David Hockney, Brad Pitt, Angelina Jolie, David Bowie and President Barack Obama all have examples of Russell’s works in their collections. Russell Young’s work has been offered at auction multiple times, the record price being $72,081 USD for Marilyn Crying (Double), sold at Dorotheum, Vienna in 2016.