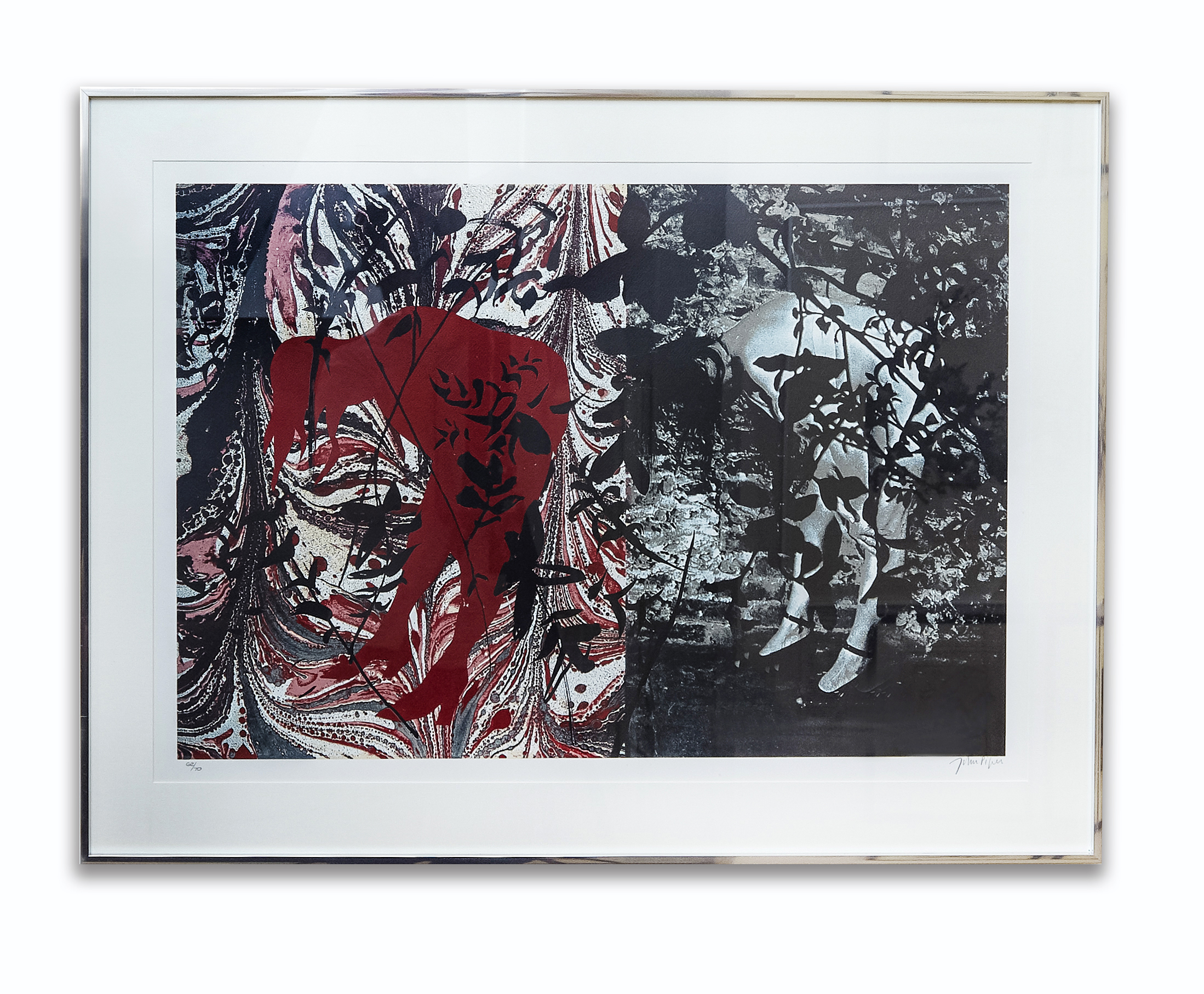 Screenprint in colours on wove; signed and numbered
Newly-framed in polished aluminium as pictured

cm x cm in the frame

John Egerton Christmas Piper was one of the most versatile and significant English artists of the last century, a master of mediums including painting in oil and watercolour, theatrical design, book illustration, stained glass and tapestry. Above all he is recognised for his printmaking and is widely regarded as one of the most outstanding printmakers of his generation. His oeuvre – including most notably his depictions as a WW2 war artist of Blitz-ravaged buildings (Coventry Cathedral in particular for which he later designed its new stained-glass windows) provides a uniquely important and affecting view of mid-century England and made him one of the most collectable artists of the post-war period. Piper died at his beloved home in Fawley Bottom, Buckinghamshire in 1992.