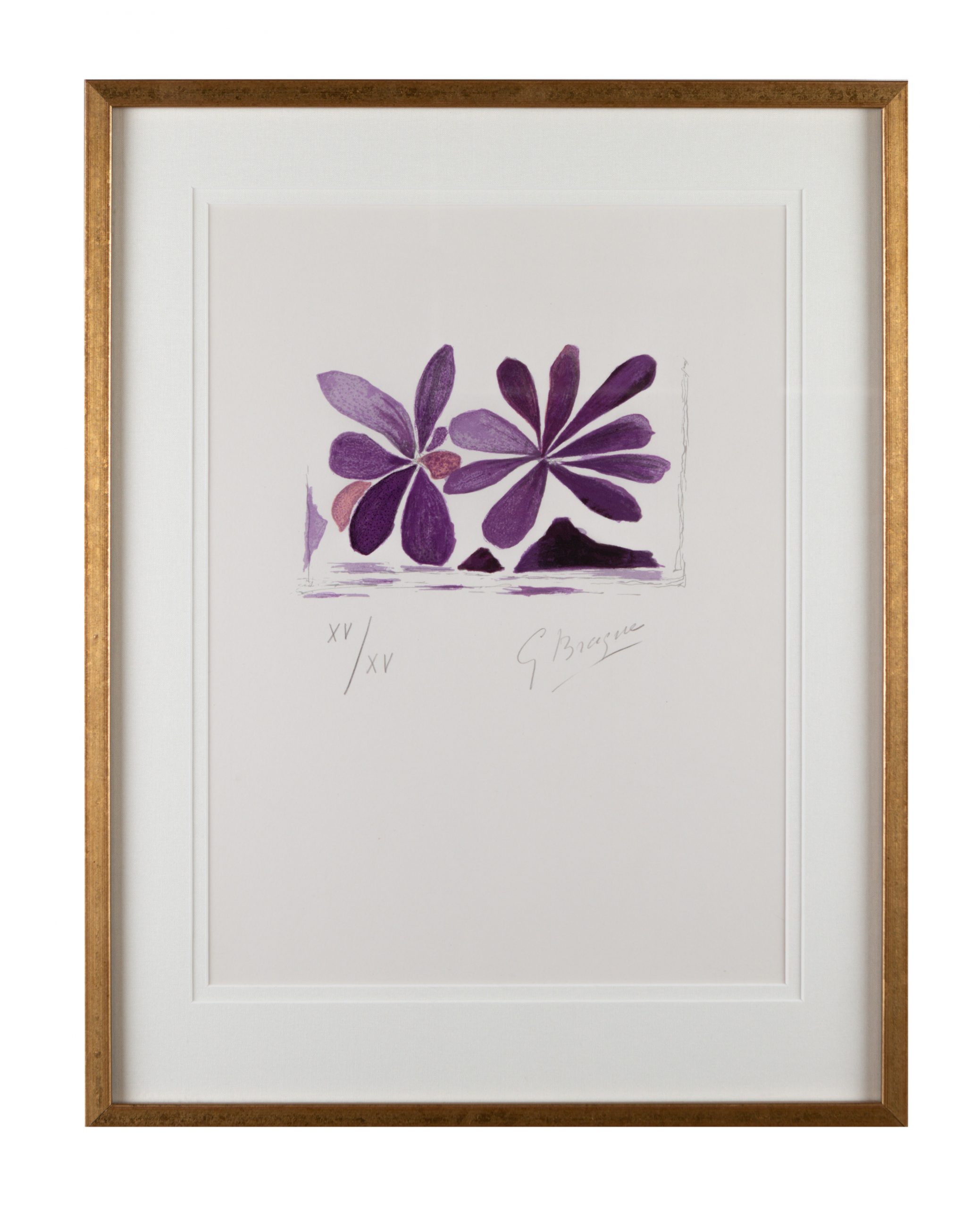 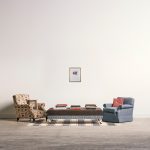 Colored lithograph on wove paper by Arches; One of only 15 Roman numbered copies. Signed lower right.

Georges Braque is one of the most important artists of the 20th Century, the co-father alongside Pablo Picasso of Cubism between 1907 and 1914. Arriving in Paris aged seventeen where he found work as a decorative painter, by 1904 he was able to establish his own studio and pursue painting full-time, exhibiting several Fauvist canvases in his first exhibition at the Salon des Indépendants of 1906. A year later, after visting Picasso’s studio and seeing the seminal 1907 painting Les Demoiselles d’Avignon, he abandoned Fauvism, and embarked on his Cubist journey with Picasso.

Although Braque had a major retrospective in Basel, Switzerland, in 1933, which helped garner
him international attention, he never attained the fame of Picasso and other modern masters. It was not until a major retrospective was held at the Louvre in 1962, the year before his death that Braque truly began to gain the recognition he deserved. In the intervening years, his reputation as a modern master has grown exponentially, with nearly all leading art institutions treasuring his work within their collections including the Museum of Modern Art, New York; the Tate, London, the Centre Pompidou, Paris, the Art Institute of Chicago and the Los Angeles County Museum of Art.

This lithograph was amongst the last works he created before his death.