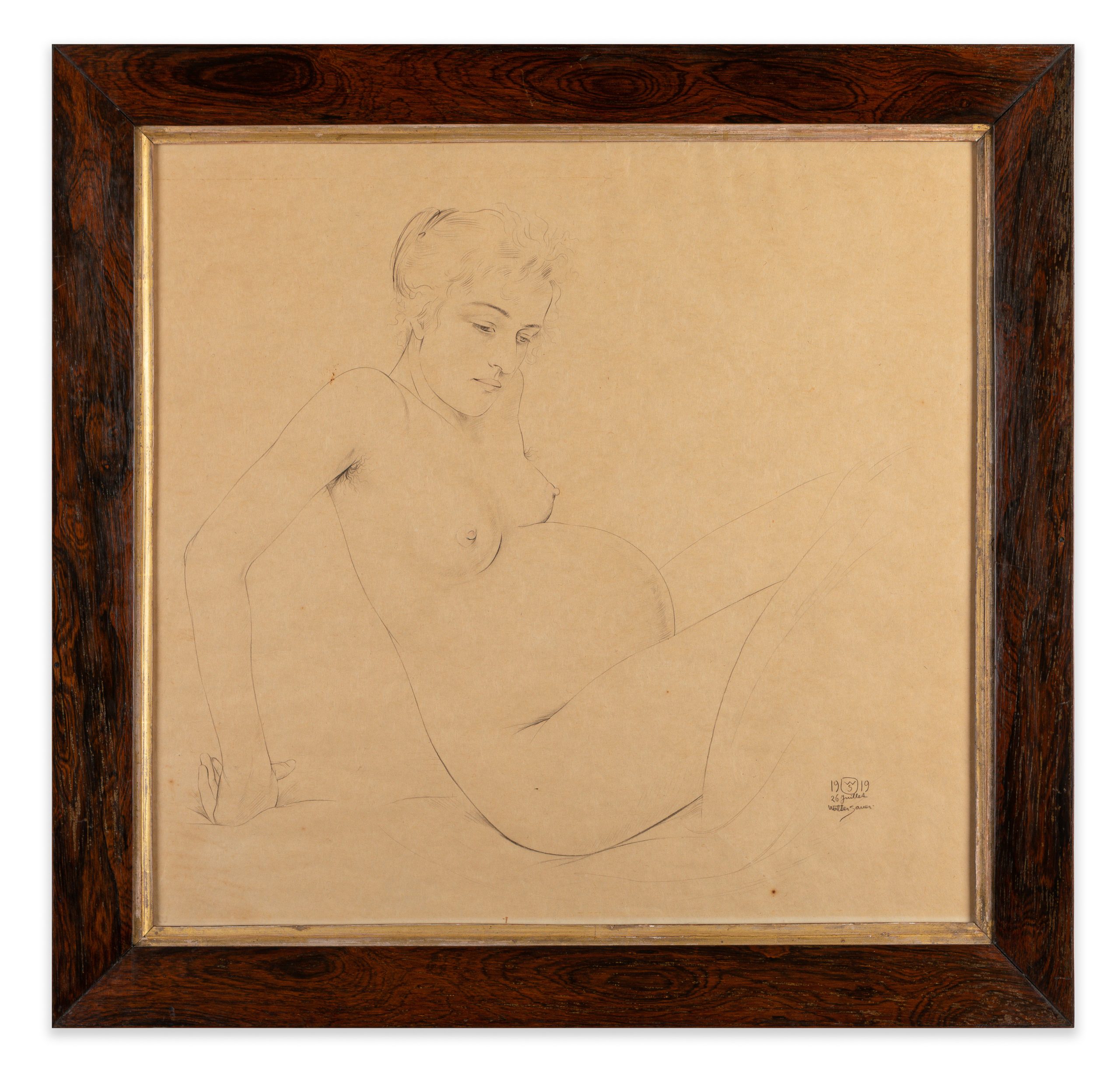 Despite a short life afflicted with illness and sorrow, Walter Sauer became one of the great draughtsmen of the early 20th century. Born in Brussels to German parents, Sauer’s childhood was tainted by chronic lung problems and the death of his young sister. Unable to play outside like his peers, he spent his early years in the family library immersed in art history books. Sauer was influenced by several teachers in his life, most notably the Symbolist artists Emile Fabry, Jean Delville and Constant Montald. Due to the outbreak of World War I and the increasingly fragile state of his health, Sauer gradually stopped painting around 1916 and devoted himself to drawing. He turned his artistic focus to the female figure, which he approached with an exceptionally astute and nuanced subjectivity. In 1923 Sauer was internationally recognized at numerous important exhibitions, including the first edition of the Mostra Internazionale delle Arti Decorativa in Milan, the fifth edition of the Salon des Sculpteurs et Peintres de Figures, and at the Cercle Artistique et Littéraire, both in Brussels. Walter Sauer’s work has been offered at auction multiple times, the record price being $19,674 USD for Woman in a Turban, sold at Lempertz, Cologne in 2021.