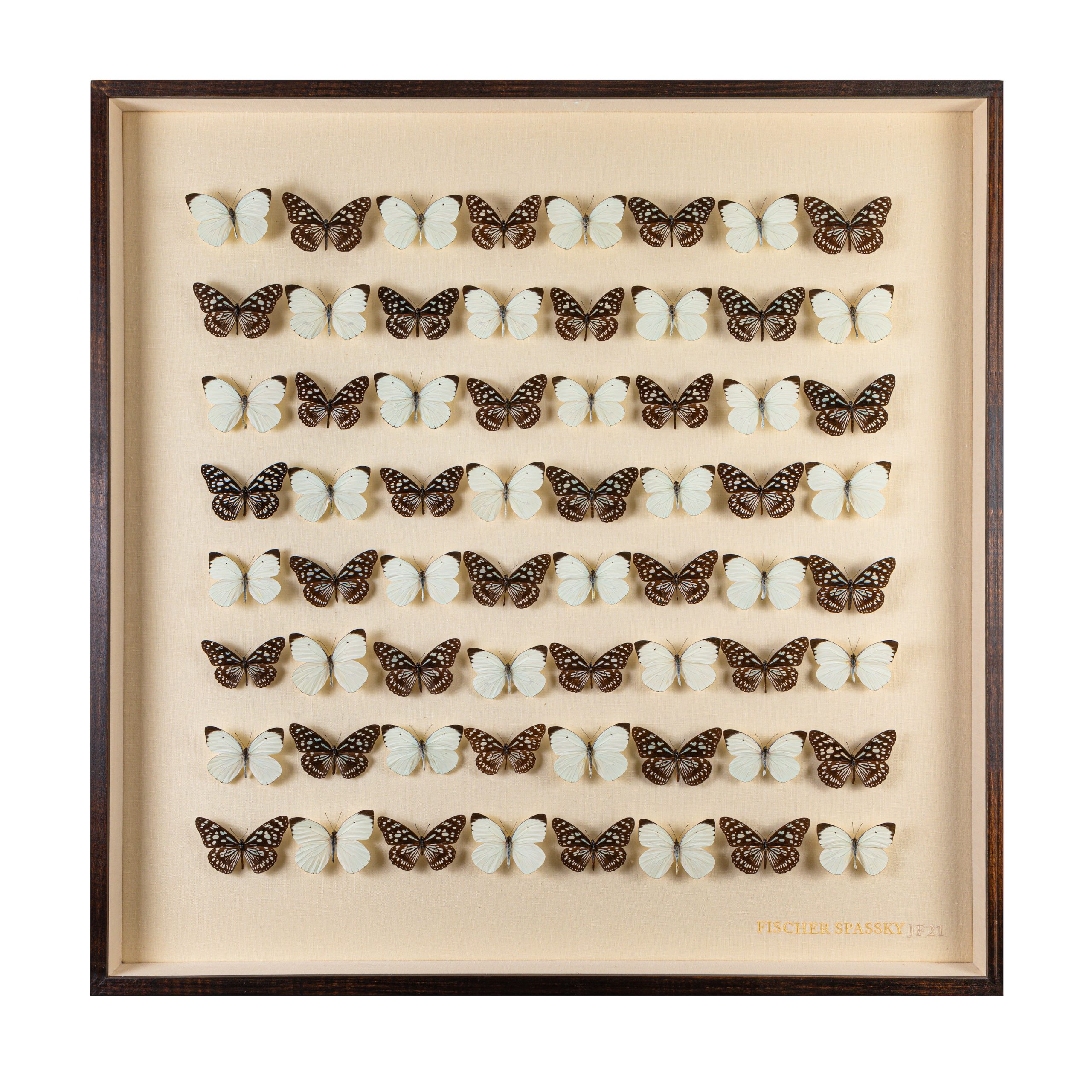 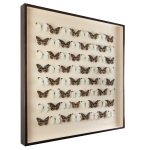 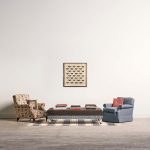 A composition with butterflies
Framed in tulip wood with museum glass

A composition with butterflies. Signed on the verso.
Linen-covered back and sides. Title and initials embroidered in silk thread. Framed in tulip wood with museum glass.

On 1 July 1972, with a presidential crisis stirring in the USA and the Cold War
at a pivotal point, Boris Vasilievich Spassky (1937-), the (refreshingly un-Soviet) Soviet World Chess Champion, and Robert J. Fischer (1943-2008), his American challenger, sat down opposite each other in a Reykjavik sports hall to contest what was to become the most documented and notorious chess match of all time.

Over the next two months, Spassky, a chess-playing machine who had returned the title to the Kremlin for years, and Fischer, a 29-year-old goofy and egocentric loner from Brooklyn, riveted the chess-playing and non-chess-playing world as they vied not only for the ultimate prize in chess but for intellectual hegemony of their respective political systems.

Fischer’s win in ‘The Match of the Century’ ended 24 years of Soviet domination of the world championship and was viewed with elation by the western world.

NB(1): THIS PIECE IS MADE TO ORDER AND DELIVERED WITHIN 6 SIX WEEKS