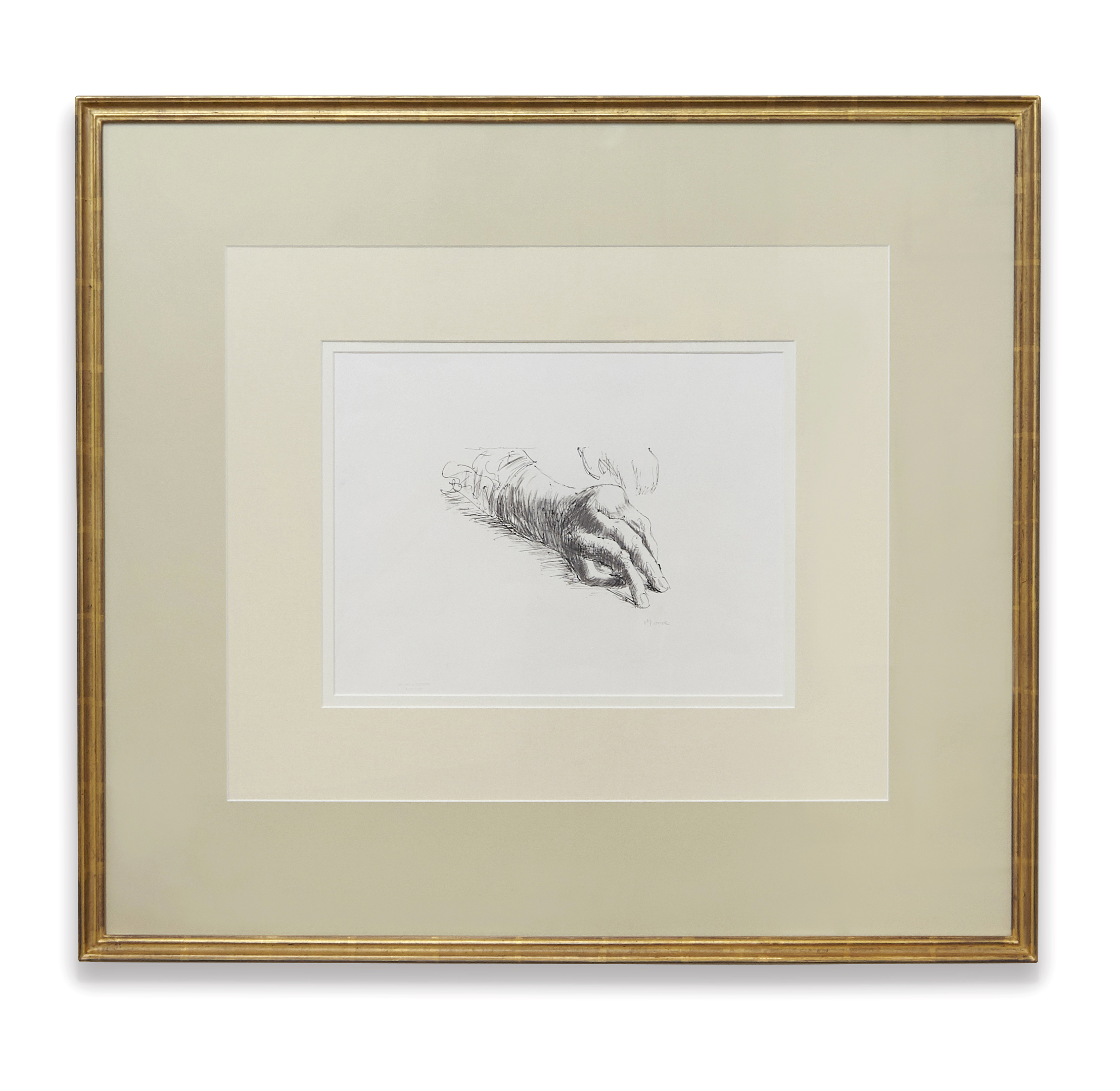 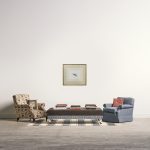 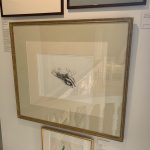 Lithograph on wove; signed ‘Moore’ in pencil. Published by Curwen Studio, London, with their blind stamp
Framed in handmade water gilt as pictured

*Dorothy Mary Crowfoot Hodgkin OM FRS Hon FRSC (1910 –1994) was a British chemist who developed protein crystallography for which she won the Nobel Prize in Chemistry in 1964. In 1934, at the age of 24, Hodgkin was diagnosed with Rheumatoid arthritis which would become progressively worse and crippling over time, with deformities in both her hands and feet. She did not allow her work to suffer.