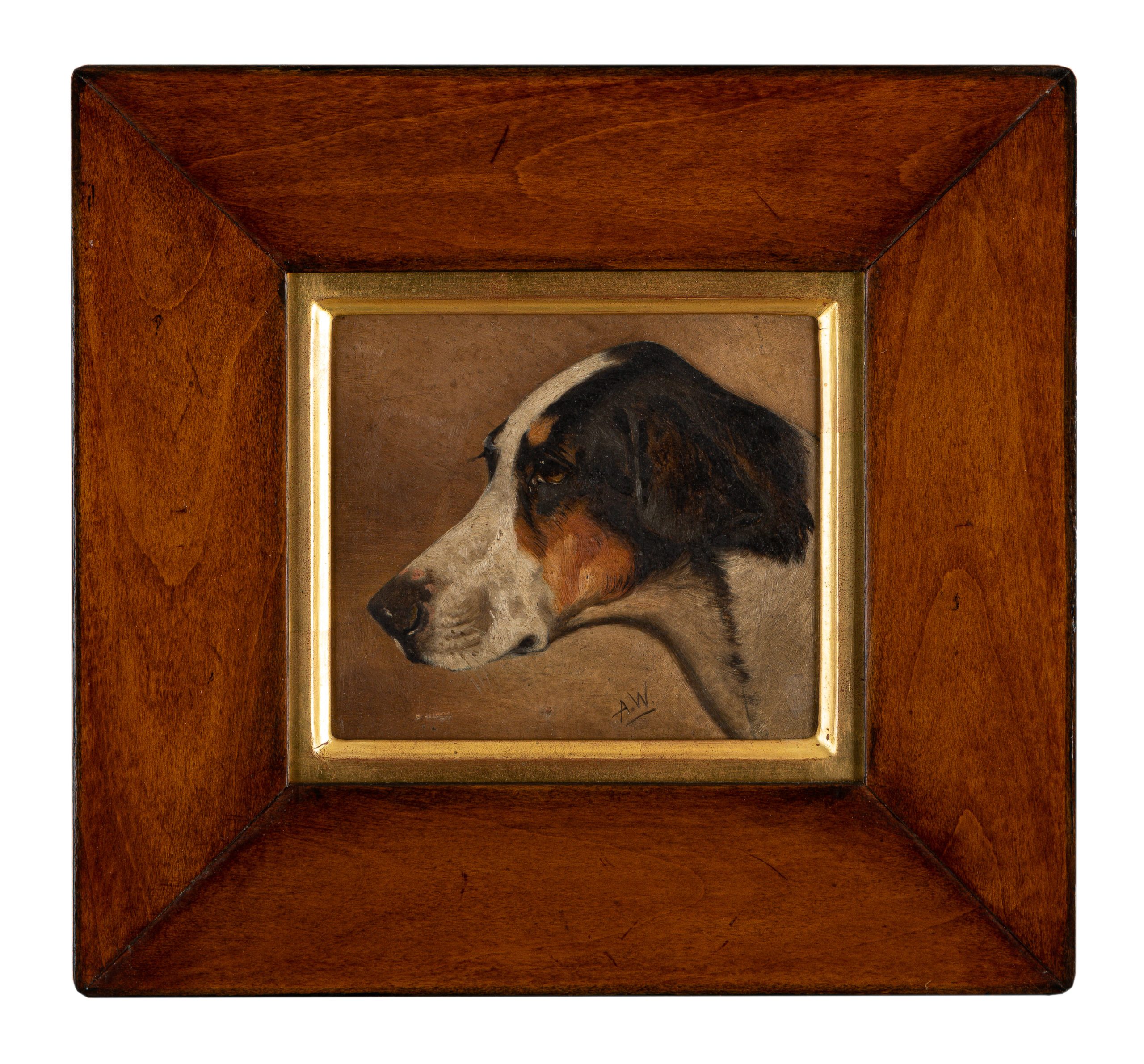 Oil on board; signed at the bottom
Newly-framed as pictured

John Alfred Wheeler is considered to be one of the most accomplished animal artists of his day. Born in Andoversford, Gloucestershire in 1821, he was the founder of a dynasty of painters which included his sons Alfred Wheeler (1851–1932) and James Thomas Wheeler (1849-1888) and his grandsons John Frederick Wheeler and Walter Herbert Wheeler who were all skilled artists. He initially served in the army and lived in Cheltenham after being discharged. Wheeler specialized in portraits of dogs and horses as well as sporting scenes. Moving to London in 1877, Wheeler achieved considerable success earning commissions from wealthy patrons such as the Duke of Portland, the Duke of Westminster and the Earl of Caithness and Baron Rothschild. Examples of his work are held by the Victoria Art Gallery, Bath, the National Trust, Somerset Military Museum and the Salford Museum & Art Gallery. John Alfred Wheeler’s work has been offered at auction multiple times, the record price being $29,875 USD for The Racehorse Kilmarty in a stable sold at Doyle New York in 2004.