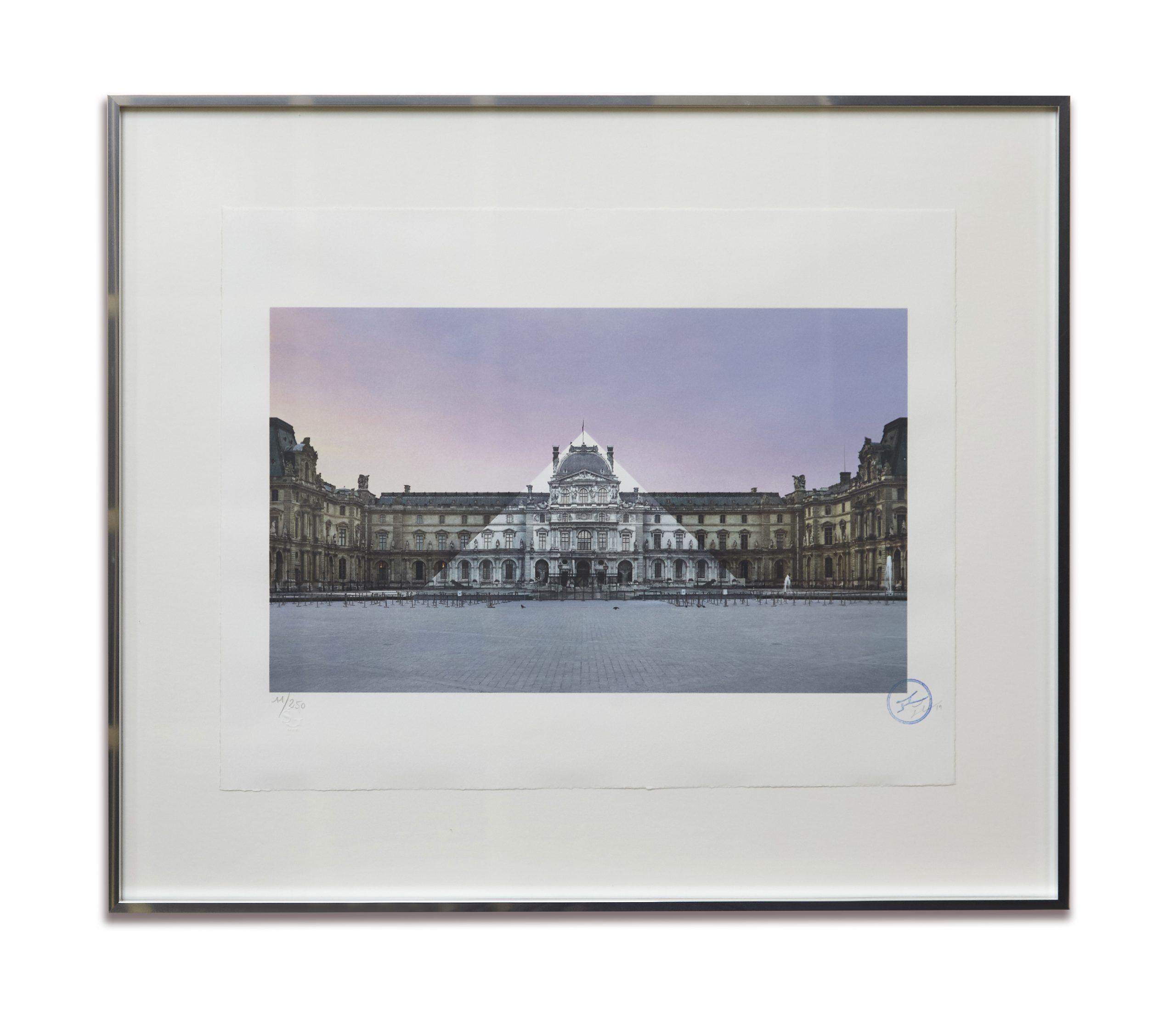 Lithograph in colors ; signed, dated and numbered
Newly-framed in polished aluminium as pictured

‘JR’ is the pseudonym of a French photographer and street artist whose identity is unconfirmed. He has been described by Le Monde as ‘the hippest man in Paris’, by Shepard Fairey as ‘the most ambitious artist working today’ and by Fabrice Bousteau as ‘the one we already call the Cartier-Bresson of the 21st century.’ On 20 October 2010, JR won the TED Prize for 2011. In 2017, on the invitation of the Louvre, he made – in this arresting anamorphosis – I.M.Pei’s famous glass pyramid disappear.