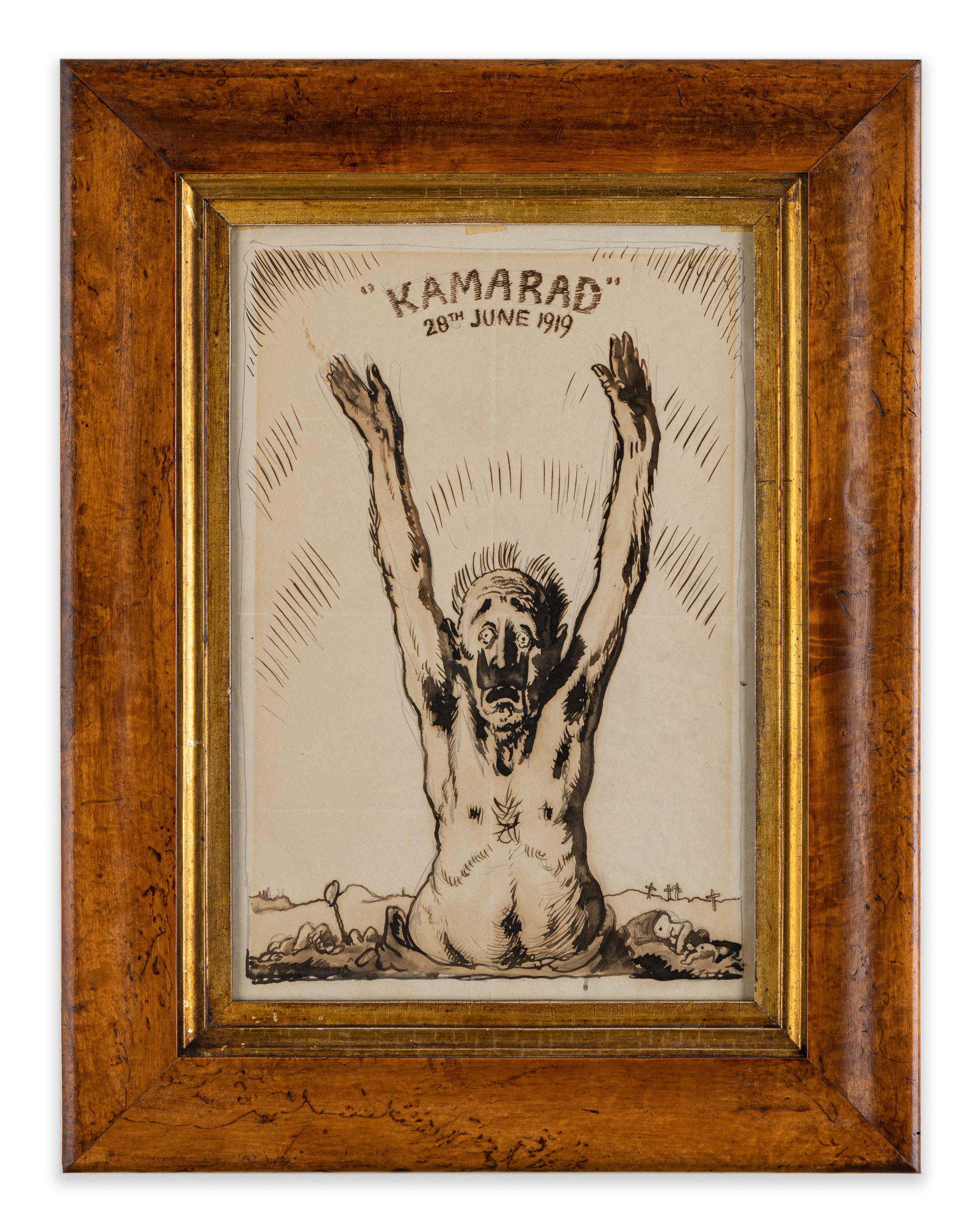 Ink and pencil on paper, titled and dated on upper edge
Newly-framed as pictured

William Newenham Montague Orpen was one of the greatest portraitists of the 20th century. Showing exceptional talent from a young age, Irish-born Orpen trained at the Slade School of Art under Henry Tonks with Augustus John and Spencer Gore. Known for his rapid and expressive style, he became one of the leading British war artists, capturing scenes from the Western Front and painting the most memorable portraits of the conflict. He was knighted in 1918, the year he presented his war paintings to the nation. He marked the aftermath of the fighting with three of the most important paintings of the period: A Peace Conference at the Quai d’Orsay (1919), The Signing of the Peace in the Hall of Mirrors (1919) and To the Unknown Warrior (1923 & 1927). William Orpen’s work has been offered at auction multiple times, the record price being 2,842,942 USD for Portrait of Gardenia St.George with Riding Crop sold at Sotheby’s London in 2001.

This historic cartoon shows a petrified Kaiser surrendering against a backdrop of the devastation wrought on Europe by The Great War. The date is significant. The 28th June 1919 saw the signing of the Treaty of Versailles where the victorious allies forced Germany to acknowledge her war guilt.

Orpen made another similar drawing of the Kaiser which is now in the collection of the Imperial War Museum.