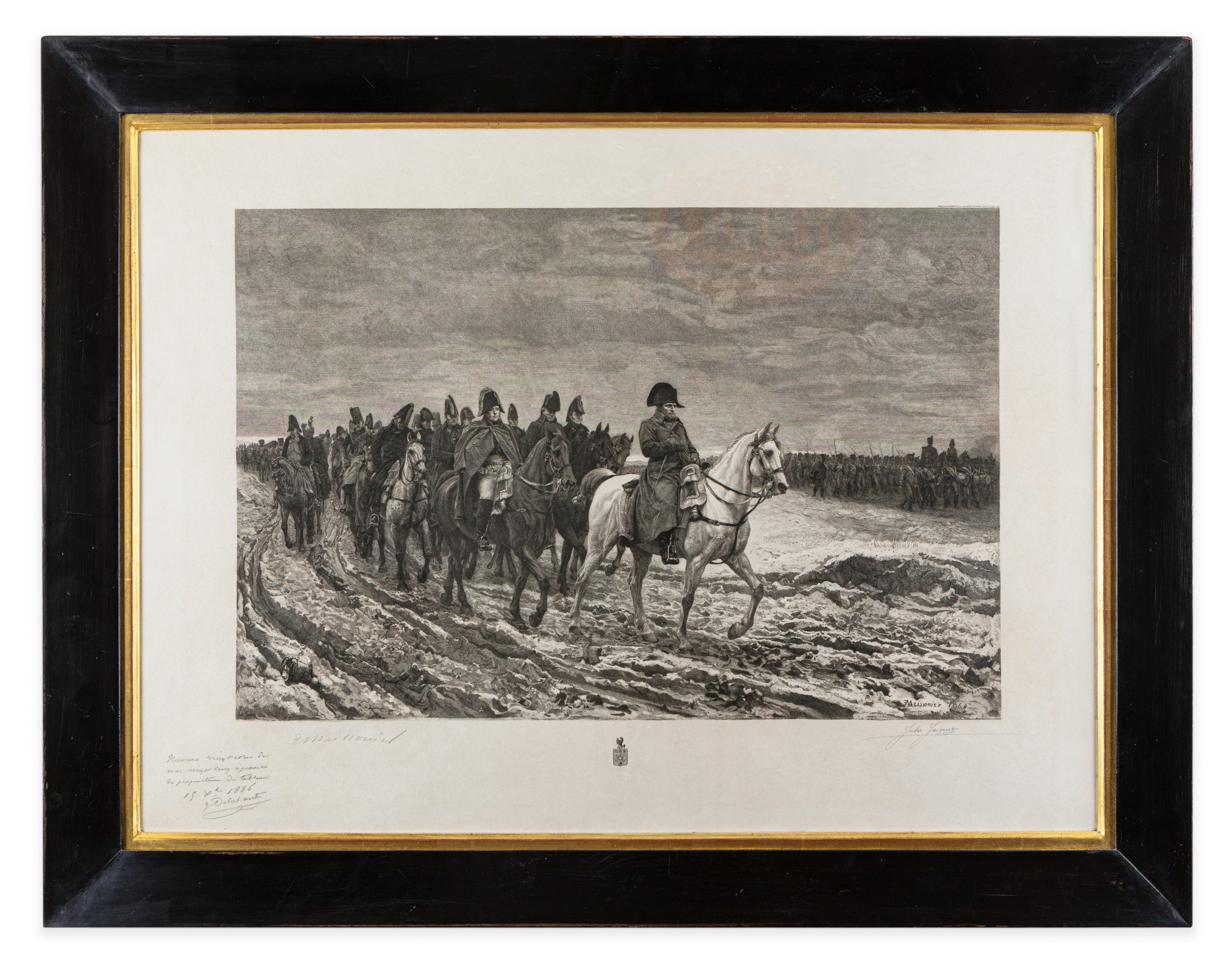 Engraving; Signed and inscribed by both the artist and the engraver
Newly-framed as pictured

Jean-Louis Ernest Meissonier was a French Classicist painter and sculptor famous for his depictions of Napoleon, his armies and military themes. He documented sieges and manoeuvres and was the teacher of Édouard Detaille. Meissonier enjoyed great success in his lifetime, and was acclaimed both for his mastery of fine detail and assiduous craftsmanship. The English art critic John Ruskin examined his work at length under a magnifying glass, “marvelling at Meissonier’s manual dexterity and eye for fascinating minutiae”. La Campagne de France, 1814, his most famous painting depicting Napoleon and his staff retreating towards Soissons after the battle of Laon 9/10 March 1814, singlehandedly revolutionised the genre of war painting. Born in Paris, the French engraver and painter Jules Jacquet entered the Imperial School of Fine Arts in Paris in1861 in the workshops of Louis-Pierre Henriquel-Dupont, Isidore Pils and Alexandre Laemlein. He won the second Grand Prix de Rome in 1866. He exhibited regularly at the Paris Salon, then from 1881 at the Salon des artistes français, of which he was a member of the jury in 1887. The following year, he became a member of the Taylor Foundation and a member of the committee in 1896. He became President of the Society of Burin Engravers from 1883. This is a rare copy of this famous engraving signed and inscribed as it is by both Meissonier and Jacquet.