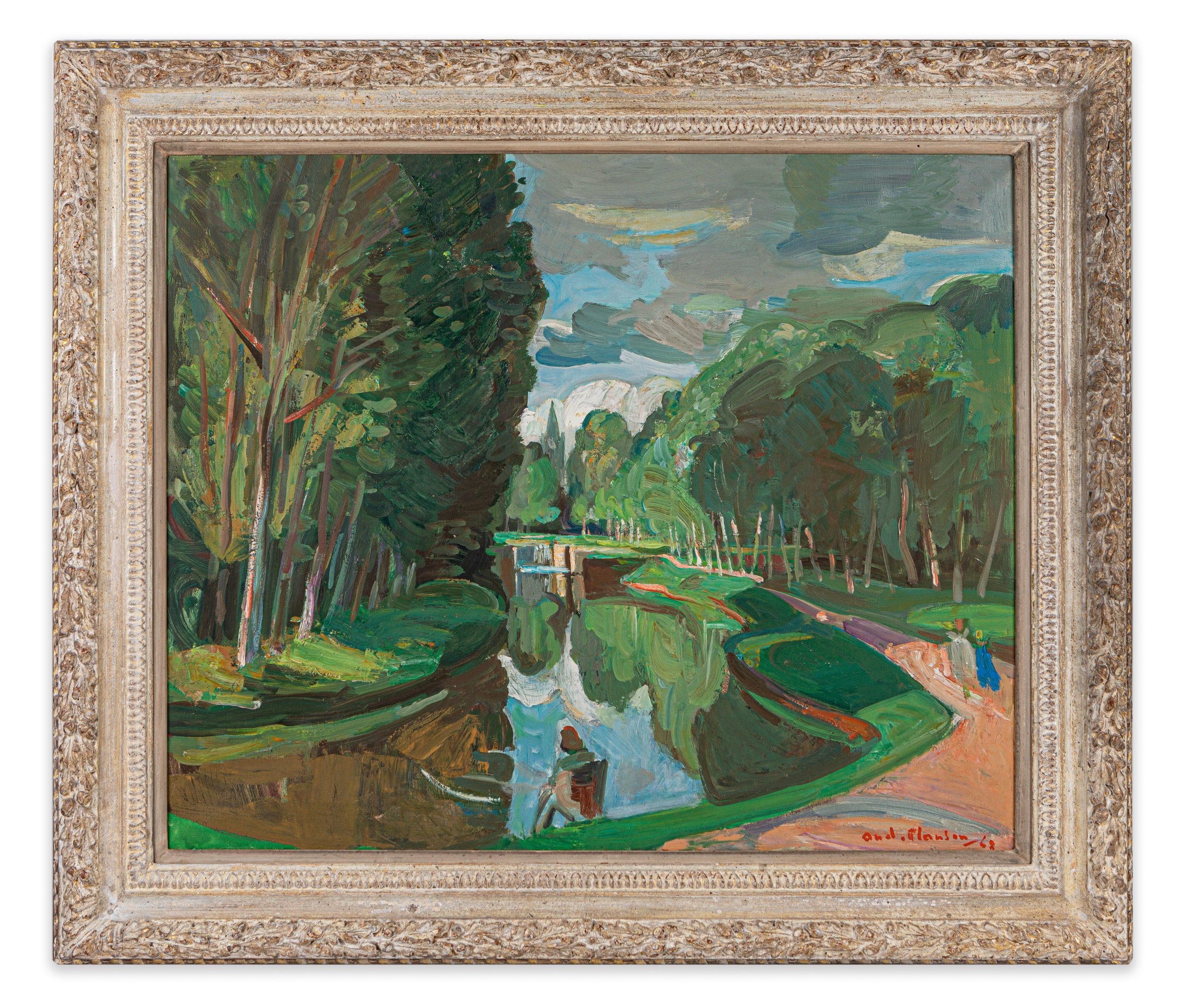 André Planson was born on April 10, 1898 in La Ferté-sous-Jouarre in north central France. Under the tutelage of the landscape painter Paul Mesle (1855-1929), his painting showed early promise and, following the Great War, he earned a scholarship to the Académie Ranson in Paris. He travelled widely, creating work in Provence, Italy and Greece but is best known – along with the other Marne Valley artists (Oudot, Brianchon, Caillard, Limouse & Legueult) – for his landscapes of the country around Pouldu, La Rochelle and Vaison-la-Romaine. He took part in the Venice Biennale in 1938 and that of Sao-Paulo in 1949. A retrospective was devoted to him at the Rath Museum in Geneva in 1952 and an exhibition at the Galliera Museum in Paris in 1960. His career was crowned by his election to the Institute that same year. He was already named Chevalier of the Legion of Honor in 1949. He died on September 29, 1981 in Neuilly. Planson’s work has been offered at auction multiple times, the record price being $18,136 USD for Beurre, oeufs ou fromages, La Ferté, sold at Aguttes, Neuilly in 2008.