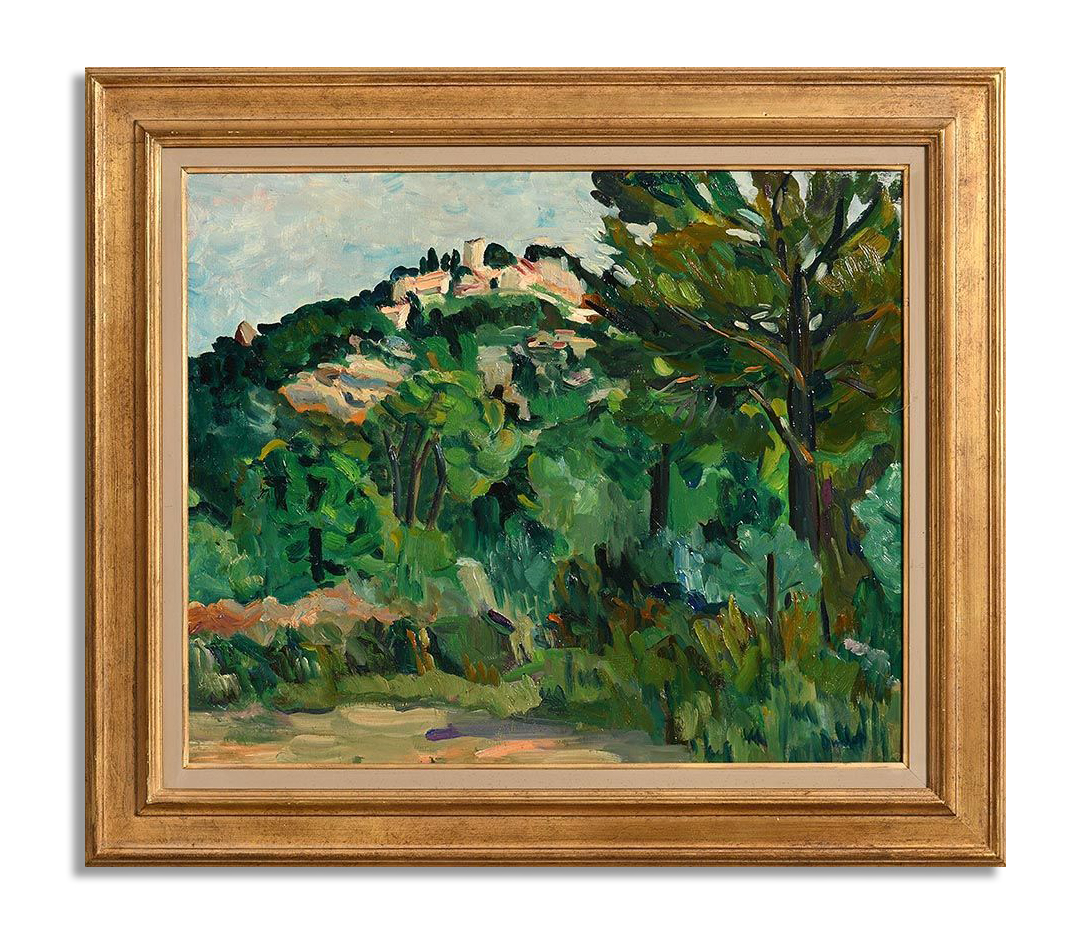 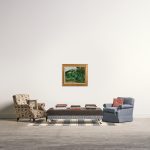 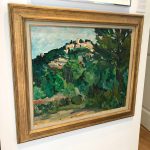 Oil on canvas; signed by the artist bottom right
In original frame

Born in Dublin to a Scottish-Irish Quaker family, Ronald Ossory Dunlop RA was an Irish author and painter in oil of landscapes, seascapes, figure studies, portraits and still life. A conscientious objector during WW1, in 1923, Dunlop founded the Emotionist Group of writers and artists and his own work is characterised by a painterly exuberance. He was a member of the London Group from 1934, and the New English Art Club from 1935. Dunlop was elected an Associate of the Royal Academy in 1939, became a Royal Academician in 1950 and found considerable fame in his lifetime for his ‘alla prima’* approach to his work.

The same view of La Roche-Guyon (a picturesque town on the Seine northwest of Paris) was famously painted by Georges Braque in 1909 in an early demonstration of the Cézanne-inspired Cubist style. As Robert Hughes said: ‘Picasso knew lots of things; Braque knew one big one: Cézanne.’ Dunlop was similarly obsessed by the French genius as this decidedly Cézanne-esque painting testifies.

*All Prima refers to a direct painting approach where paint is applied wet on wet without letting earlier layers dry. In Italian, the term means “at first attempt”. Paintings created in this approach are usually completed within a single session.