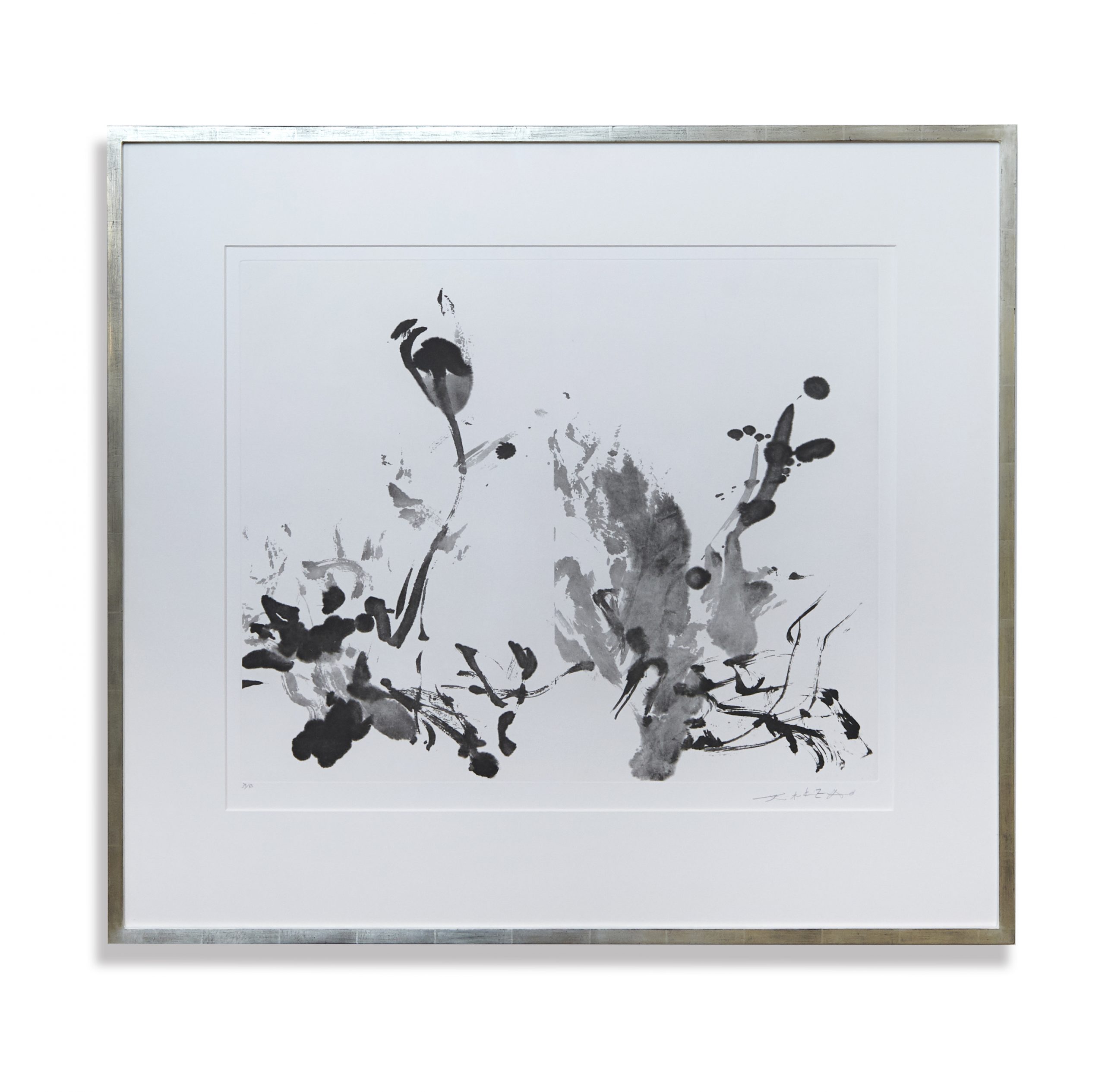 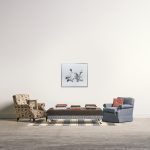 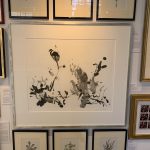 Etching with aquatint printed in colours on wove paper; signed and numbered from the edition of 63 in pencil
Newly-framed in handmade water gilt

Zao Wou-Ki was a Chinese-French artist known for his non-representational paintings that blended Eastern and Western modes of art making. ‘Everybody is bound by a tradition. I am bound by two,’ he once reflected. Born in Peking, Zao studied at the Hangzhou Fine Arts School for six years were he was influenced by the work of traditional Chinese and Japanese art as well as Western painters like Paul Klee and Franz Kline. In 1947, he moved to Paris where he became the neighbour of Alberto Giacometti and friends with Sam Francis, Jean-Paul Riopelle, and Pierre Soulages. During the following decades, Zao’s work became very popular with Chinese collectors and by the 2000s his paintings were selling for millions of dollars. His auction record of HKD 510 million was set at Sotheby’s, Hong Kong, on 1 September 2018. Zao’s work Juin-Octobre 1985 is now the most expensive painting ever to go under the hammer at auction in Hong Kong.

The artist died on 9 April, 2013 in Nyon, Switzerland at the age of 93. Today, the artist’s works are in the collections of the Tate Gallery in London, The Museum of Modern Art in New York, and the National Gallery of Art in Washington, D.C., among others.