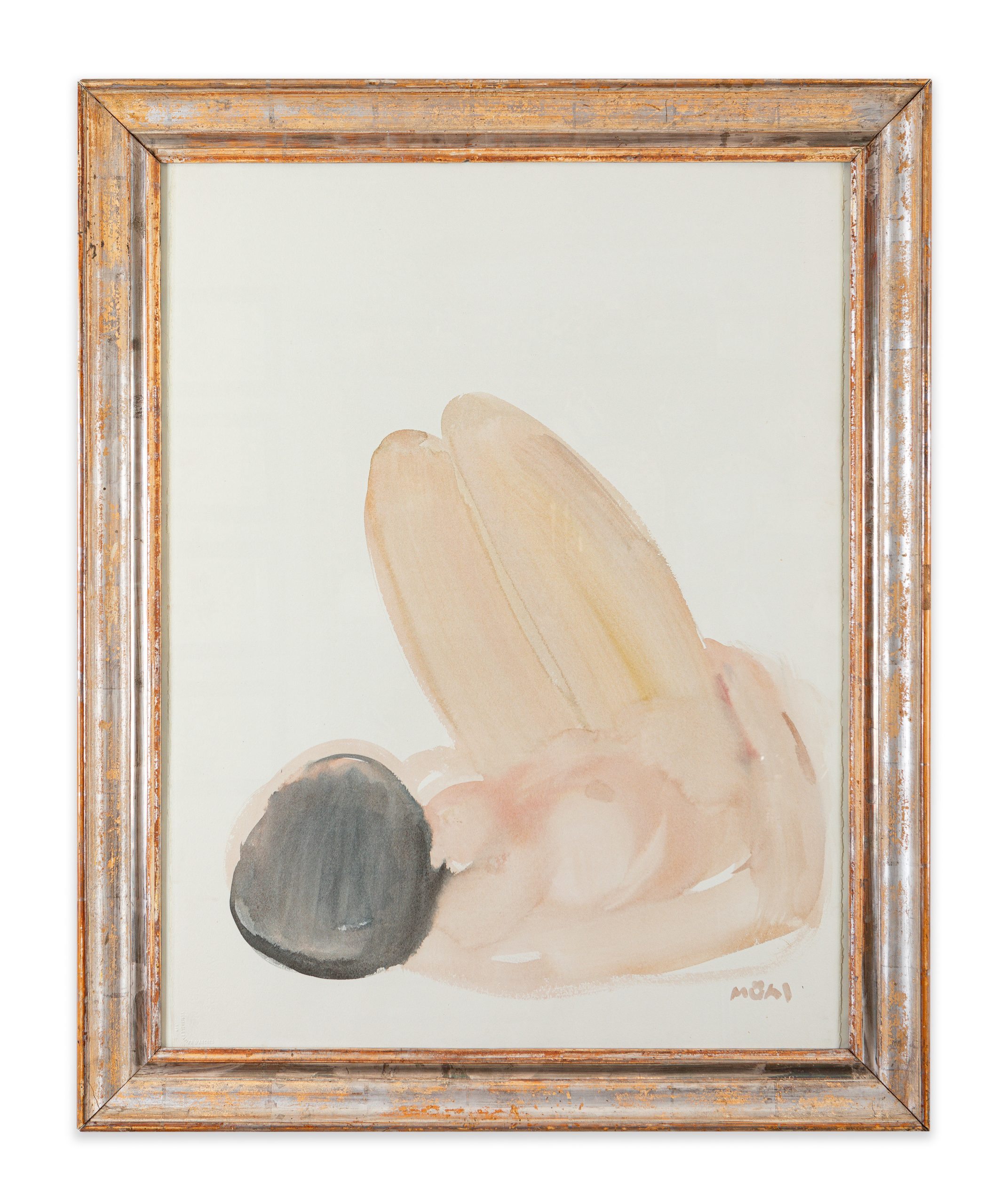 Watercolour on paper
Newly-framed as pictured

Roger Mühl was a French draughtsman and painter best known for his light-drenched landscape renderings of the South of France. Mühl’s paintings often feature built-up impasto surfaces and utilize complimentary colours and neutral tones, creating both atmosphere and physicality in his subtle compositions. Born in Strausbourg, he went on to attend the National School of Decorative Arts in Strasbourg. He spent most of his life living and working in Provence while exhibiting in London, Paris, Geneva, Tokyo, and New York. Mühl died on April 4, 2008 in Mougins, France. Mühl’s work has been offered at auction multiple times, the record price for the artist being $56,700 USD for Cap d’Antibes sold at Doyle New York in 2021.