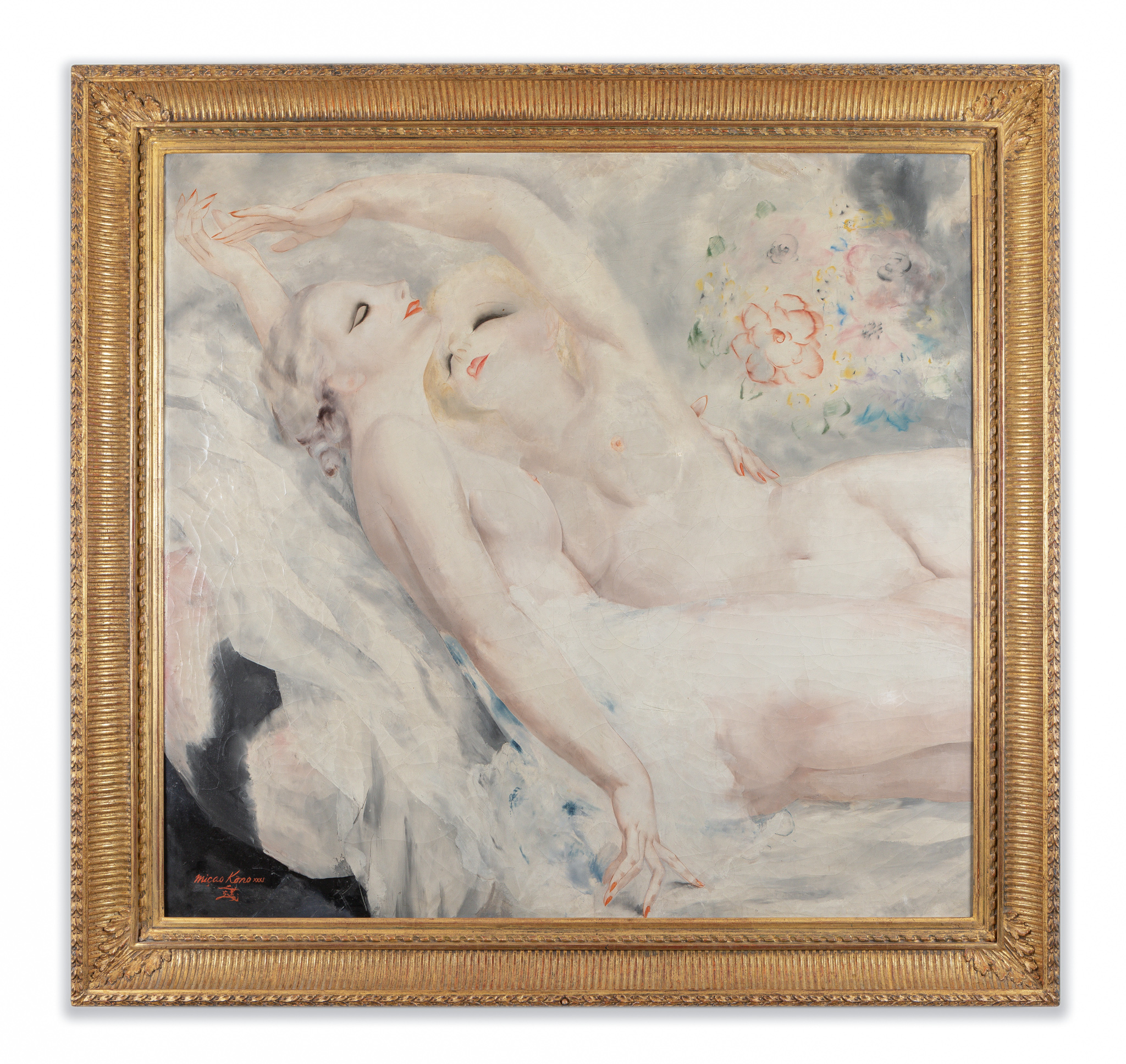 Miçao Kono was a Japanese artist who came to Paris in the early 1920s. He painted in oils and watercolors in a style profoundly reminiscent of and often likened to the great Franco-Japanese artist Léonard Tsuguharu Foujita (1886-1968). Micao Kono became famous with his nude portraits combining traditional Japanese style with the modernity of the Art Deco. His stylised, romantic and sensuous paintings were highly voguish in the Art Deco interiors of Paris between the wars. As with this painting, he often mixed egg tempera into his oils to achieve a craze-paved texturing effect on the canvas.

Micao Kono’s work has been offered at auction multiple times, the record price for this artist at auction is 21,928 USD for Le Jardin d’Eden sold at Tajan in 2016.