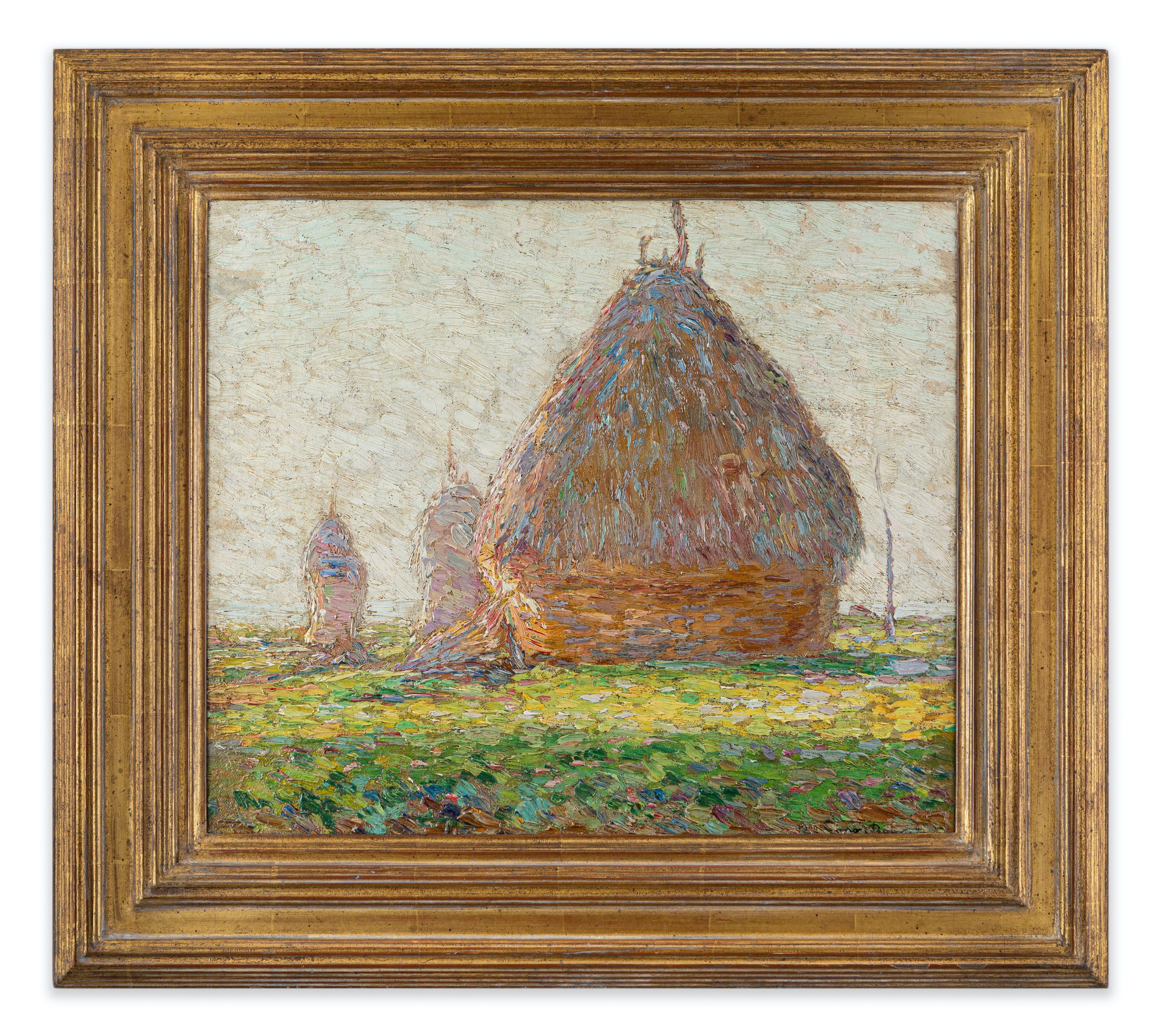 Born in Livorno, Gino Romiti was an Italian painter who trained under Guglielmo Micheli, along with such celebrated names as Manlio Martinelli, Llewelyn Lloyd, Amedeo Modigliani, and Aristide Sommati. In 1898, he exhibited at the Permanente di Milano nel 1898, and at the Venetian Esposizione d’Arte in 1908 and 1912, returning to the Biennale in 1952. A member of the Gruppo Labronico of painters that met in the Caffè Bardi, the famous Livorno café that became a mecca for young artists of the time, he decorated the meeting room with a canvas of the Birth of Venus. Among the painters of the group, he had affinities with Symbolist styles of the times, depicting some underwater marine subjects. The Gruppo Labronico was founded in his studio on July 15, 1920. He was president of the group until its closing in 1946. Gino Romiti’s work has been offered at auction multiple times, the record price being $17,588 USD for paesaggio con carretto e buoi, sold at Sotheby’s Milan in 2007.