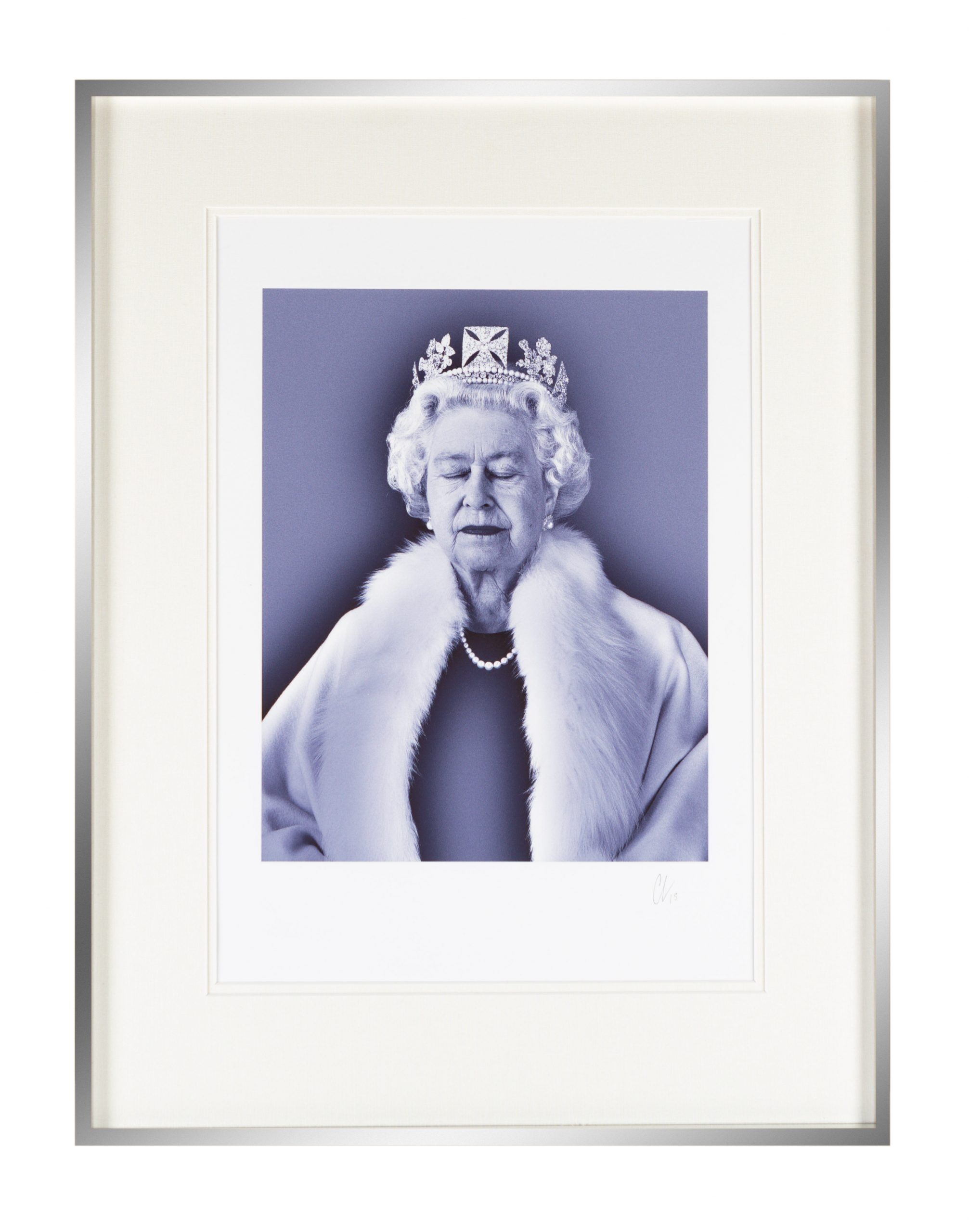 C-Print. 25/200 editions. Signed by the artist.
Newly-framed in polished aluminium as pictured

Widely known as the image that put British light artist Chris Levine on the map, Lightness of Being depicts Her Majesty Queen Elizabeth II in a moment of vulnerable tranquility – captured in the blink of an eye during an official photo shoot. This hyper-real portrait was taken using a high-resolution digital camera which moved along a rail taking 200 images over eight seconds. In this twilight-toned edition, Lightness of Being (Blue), the ethereal brightness of the original image takes on a subtle elegance in a shimmering blue-silver.