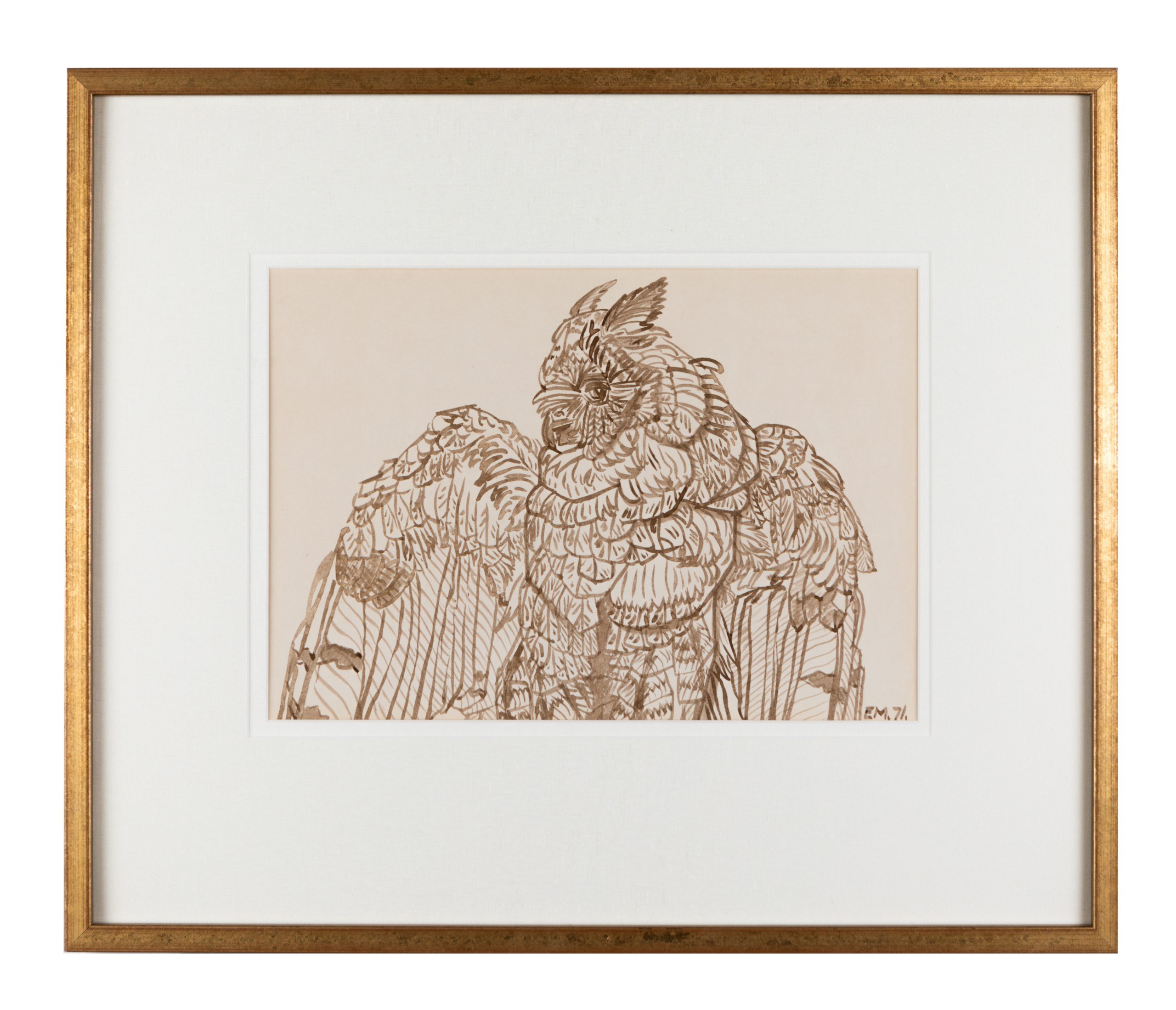 Ink on Paper
Newly-framed in gold leaf box as pictured

The Irish portrait artist, still life and bird painter Edward McGuire was born in Dublin. He studied painting, drawing and the history of art at the Academy of Fine Art in Rome, and at the Slade School of Fine Art, London. He spent the years 1951-2 travelling in France and Italy and lived
on the Aran Islands off County Galway from 1955-56. From then until his death in 1986 he resided in Dublin. Edward McGuire was a prolific portrait artist. He first exhibited at the Royal Hibernian Academy (RHA) in 1962 and became an academician in 1978. His subjects included: Séamus Heaney (1974), Sean O’Faoilain (1978), Ulick O’Connor (1978), James White (1981) and Liam Cosgrave (1982).

McGuire’s keen interest in bird-painting stemmed from the association in his youth with a taxidermist at the Natural History Museum in Dublin. McGuire purchased three stuffed specimens from Mr Williams, starting a bird collection he painted repeatedly in intricate detail throughout
his career. His paintings are held in many private and public collections, including: Ulster Museum, Belfast; the National Gallery of Ireland; the Hugh Lane Municipal Gallery of Modern Art in Dublin; The National Museum; Trinity College Dublin; University College Dublin; University College Cork; Dublin City University, Dublin Writers’ Museum and the Irish Museum of Modern Art.