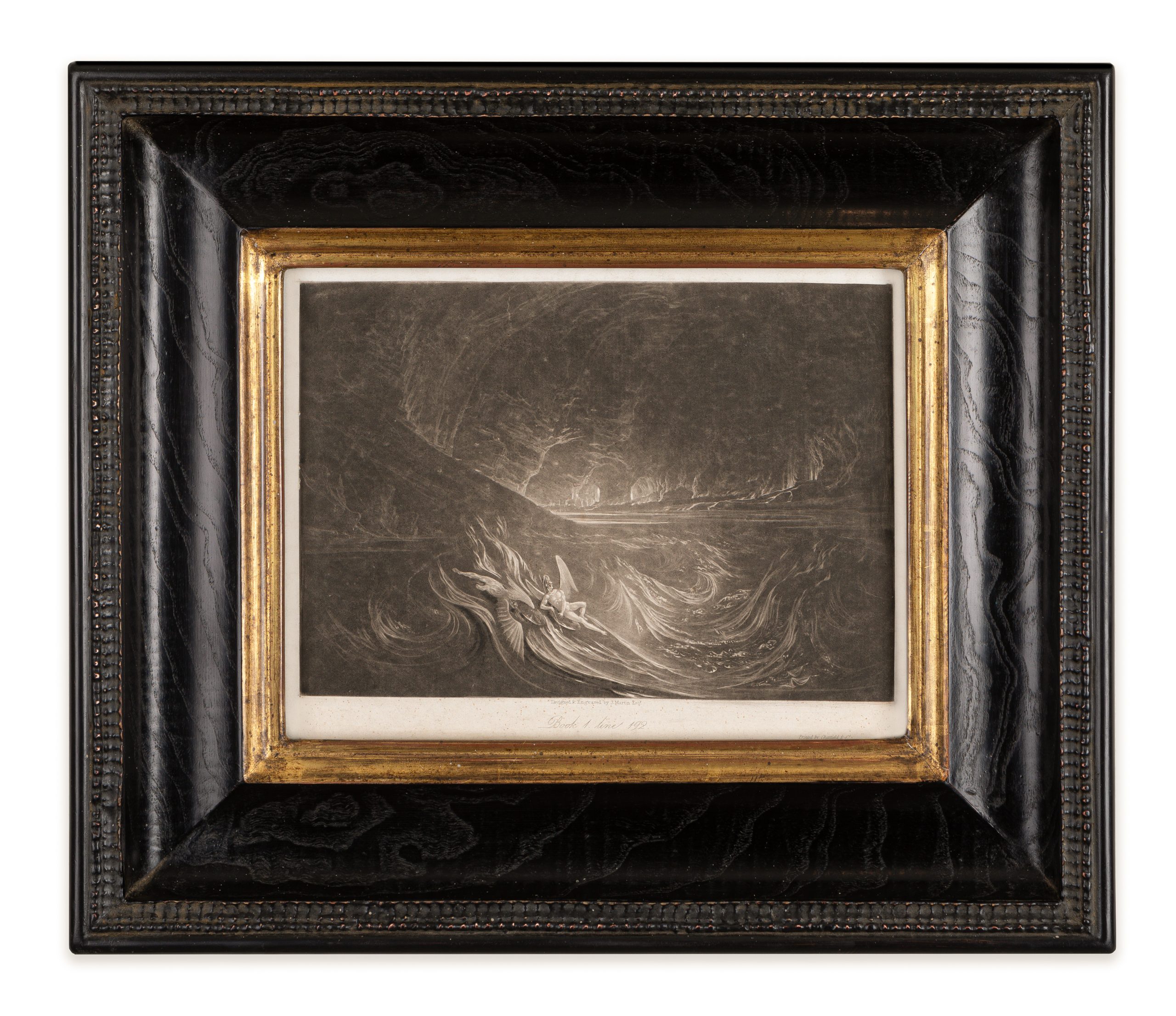 John Martin was an English Romantic painter, engraver and illustrator. He was celebrated for his typically vast and melodramatic paintings of religious subjects and fantastic compositions, populated with minute figures placed in imposing landscapes. Martin’s paintings, and the prints made from them, enjoyed great success with the general public—in 1821 Thomas Lawrence referred to him as “the most popular painter of his day”. John Martin’s work has been offered at auction multiple times, the record price being $4,183,482 USD for The Celestial City and the River of Bliss sold at Sotheby’s London in 2015. The picture depicts the scene from Book 1: Lines 192-241 of Milton’s Paradise Lost.