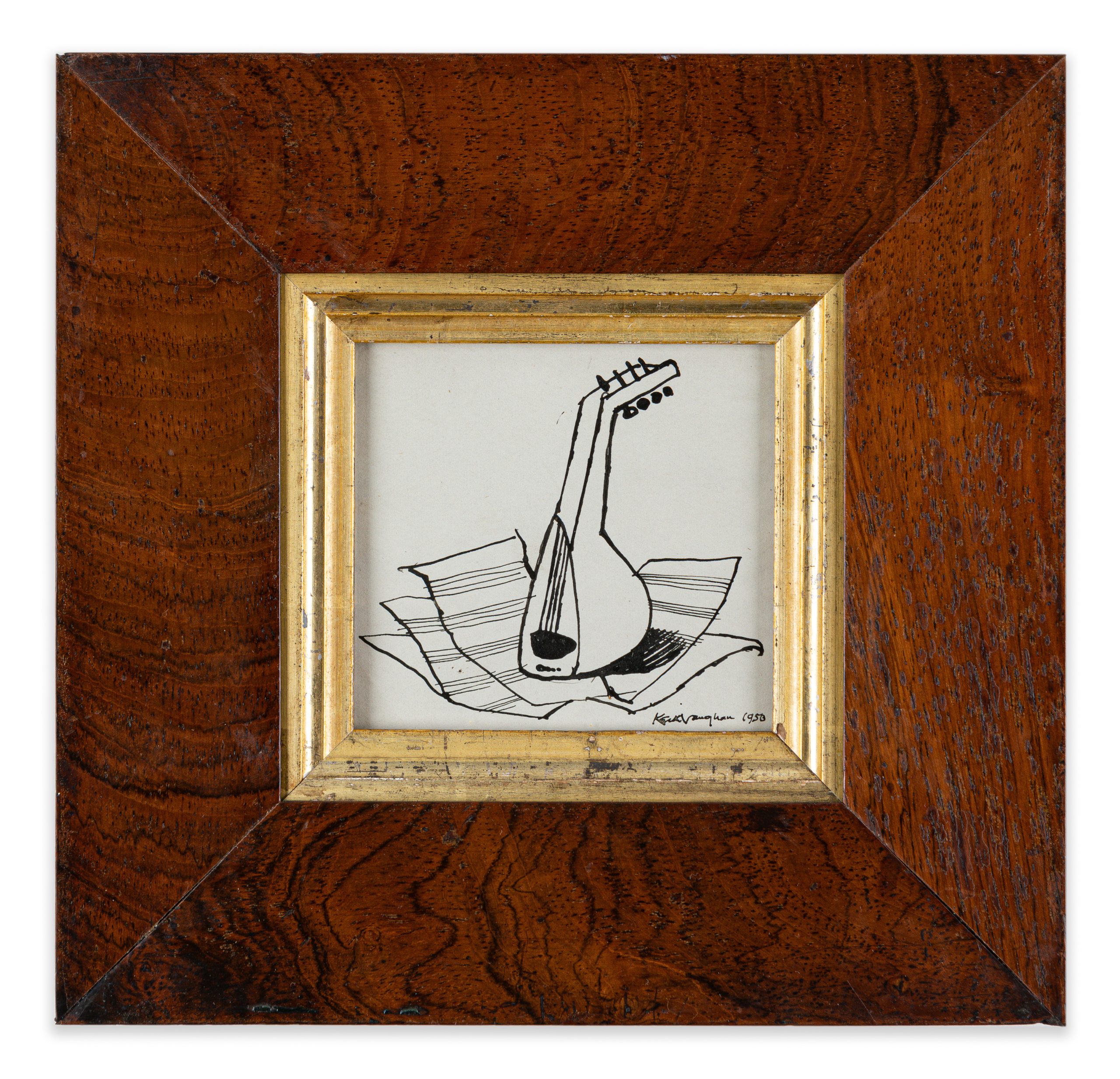 Ink on paper; signed and dated
Newly-framed as pictured

Keith Vaughan (1912-77) was a major figure in post-war British art who is known for his searching portraits of the male nude and his association with the Neo-Romantic painters. In the 1950s and ‘60s, Vaughan became, with Francis Bacon and Lucian Freud, a leader of the new figure-based painting practice in Britain. As well as painting, Vaughan designed textiles and book-jackets. His varied activities brought him critical and financial success, including being elected an honorary fellow of the Royal College of Art (1964) and appointed CBE in 1965. However, his book Journal and Drawings (1966), inspired by Andre Gide, revealed deep insecurity about his work and role in life. The book includes extracts from a diary he began in 1939 and, as well as containing many perceptive comments about art and gives a remarkably frank (and often highly amusing) account of his homosexuality and his struggle with cancer; a struggle which ultimately led to his suicide in 1977.

Keith Vaughan’s work has been offered at auction multiple times, the record price being 958,456 USD for Sixth Assembly of Figures sold at Christie’s, London in 2022.