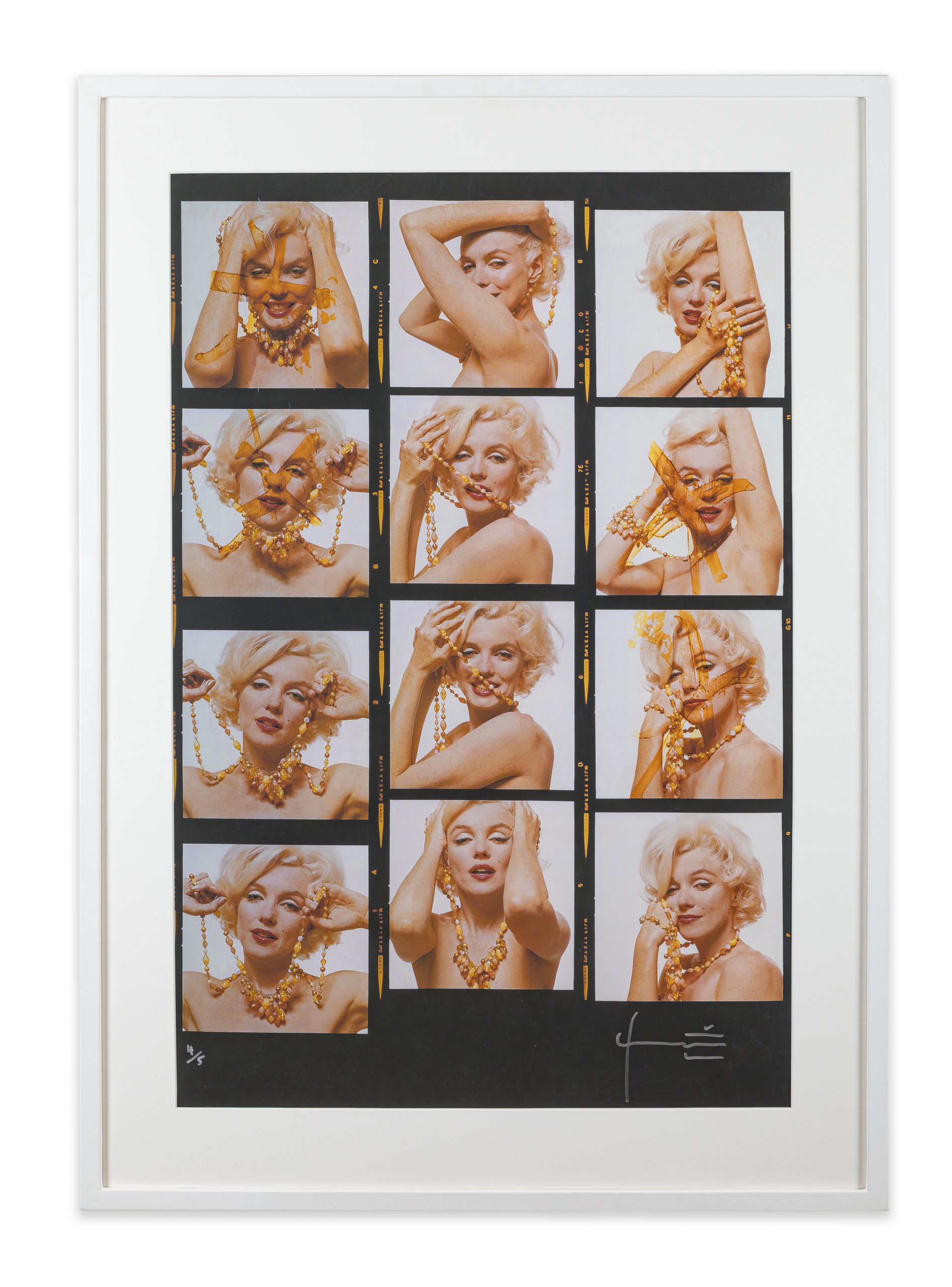 Bert Stern, the iconic commercial and fashion photographer of the 60s, was the last to be granted a sitting by Marilyn Monroe six weeks before her probable suicide from an overdose of barbiturates on 4 August 1962. The three-day session yielded nearly 2,600 pictures of which no more than 20 were ever published. Vogue published images from The Last Sitting series the day after Monroe’s death, giving the public an intimate portrait of the star in the wake of tragedy. Though the magazine usually includes a list of designers in its shoots, editors chose to eschew its focus on the clothing and eliminated fashion credits, instead featuring only the photos as homage to the star. Bert Stern’s work has been offered at auction multiple times, the record price being $146,500 USD for Marilyn Monroe, ‘The Last Sitting’, 1962, an exhibition presented at seventh ‘Mois de la Photo à Paris’, 1992, sold at Christie’s New York in 2008.