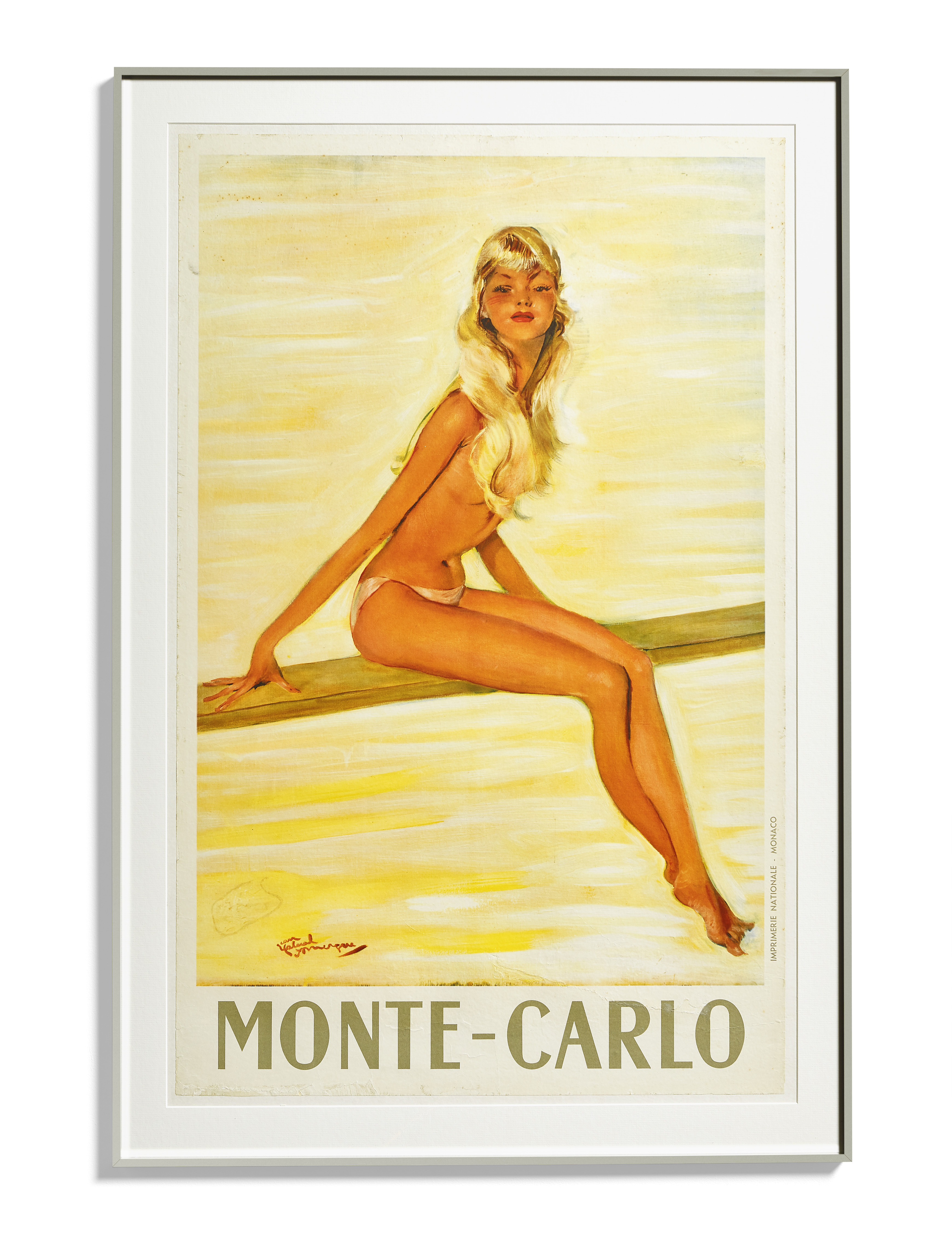 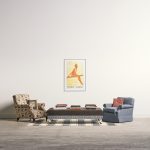 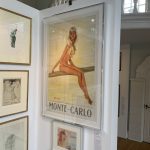 Vintage travel posters conventionally feature a destination’s iconic buildings, landmarks or scenery. In 1950, Monte Carlo bravely and famously opted for a more directly enticing iconography, commissioning the French painter Jean Gabriel Domergue* to create a series of pin-up style posters featuring scarcely-clad nymphettes, the most famous of which being this one.

*Jean Gabriel Domergue was a French painter specialising in portraits of Parisian women. Born in Bordeaux he studied at the École Nationale Supérieure des Beaux-Arts. In 1911, he was a winner of the Prix de Rome. From the 1920s onward he concentrated on portraits, and claimed to be “the inventor of the pin-up”. He also designed clothes for the couturier Paul Poiret. He was a member of the jury for Miss France 1938. From 1955 until 1962 he was the curator of the Musee Jacquemart-Andree organising exhibitions of the works of Van Gogh, Toulouse Lautrec, Goya and others. Domergue was appointed a Chevalier of the Legion d’Honneur. He died in 1962 on a Paris sidewalk.