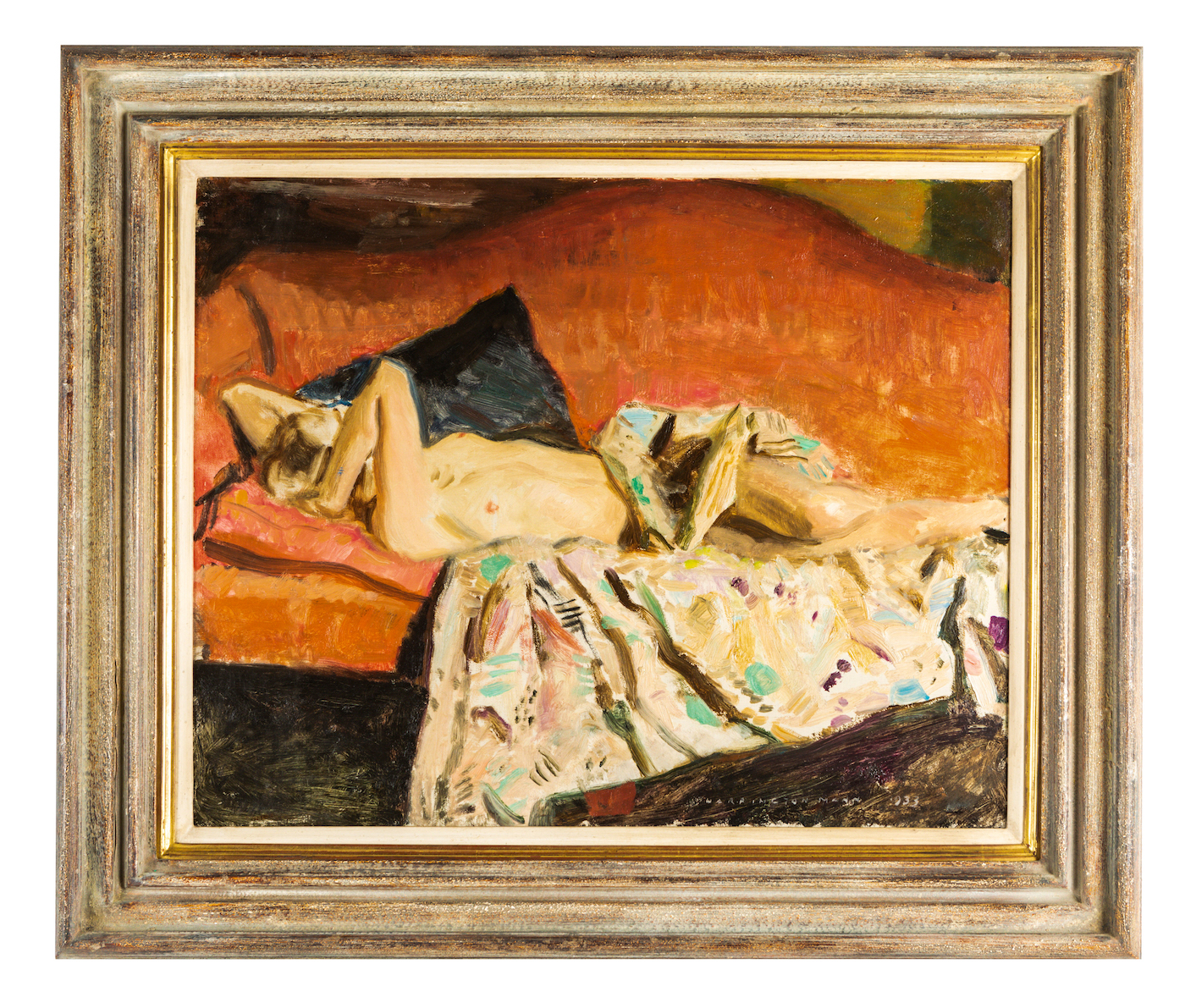 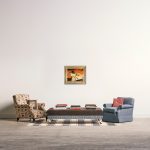 Born and trained in Glasgow and originally part of the Glasgow Boys movement during
the 1880s, Harrington Mann moved to London and attended The Slade School of Fine Art under the French artist Alphonse Legros (1837-1911). He made his début at London’s Royal Academy in 1885 and by the turn of the century had established his reputation as a portrait painter of international fame, particularly of the English aristocracy including members of the Royal Family. His strong sense of colour and design (Mann also worked on stained glass windows), honed in the late nineteenth century and much influenced by Whistler is evident in the picture. Dated 1933, Nude displays Mann’s more modernist technique of broader and bolder brushstrokes, heavily influenced by John Singer Sargent.

Mann’s work is represented in the National Gallery, the Scottish National Portrait Gallery, the Imperial War Museum, the Royal Academy of Arts and Tate Britain.