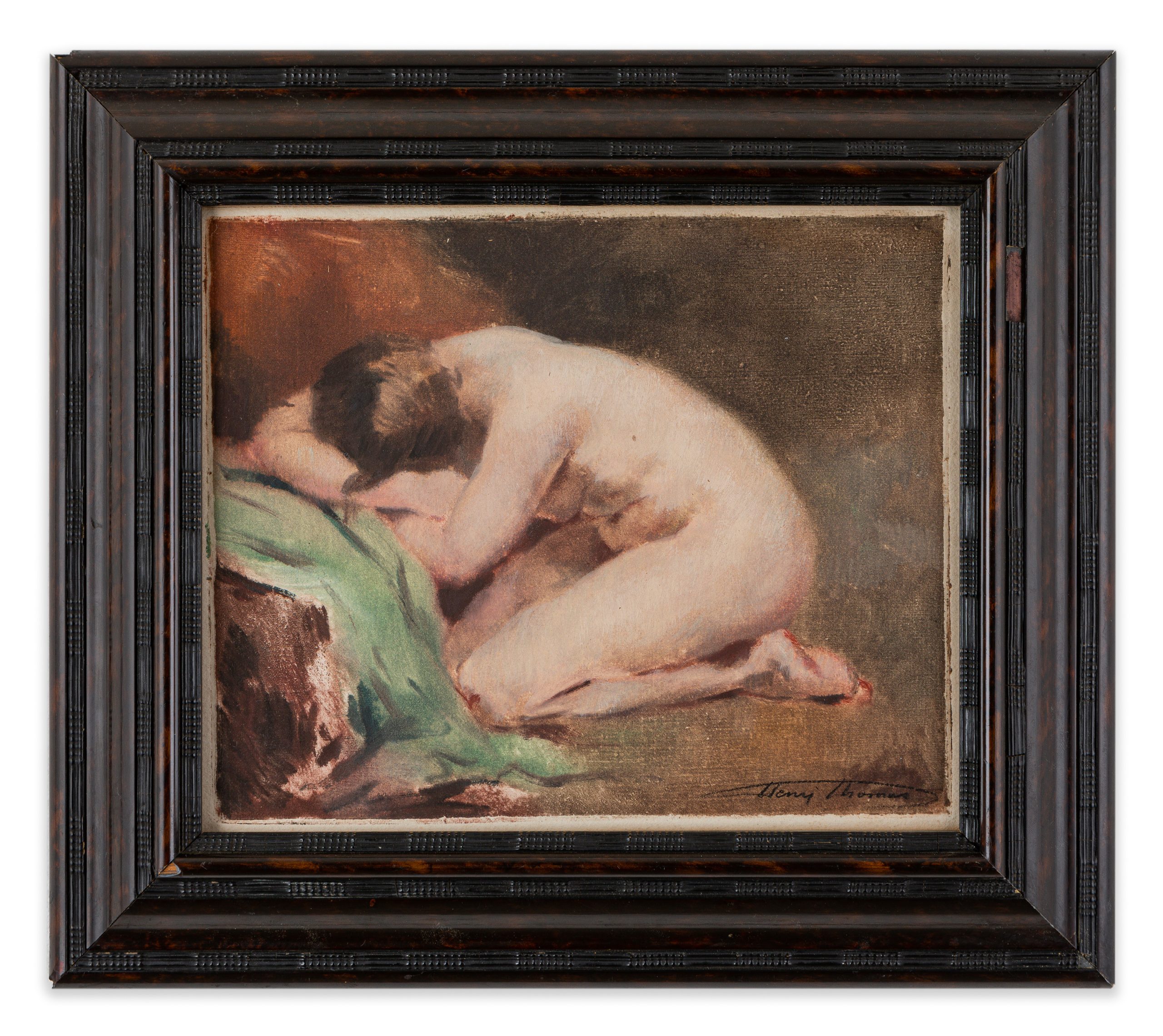 Henri Joseph Thomas (1878-1972) was a Belgian genre, portrait and still life painter, sculptor and etcher from the Belgian School. Born in Sint-Jans-Molenbeek, he studied at the Académie Royale des Beaux-Arts in Brussels from 1895 until 1898 and afterwards started a studio in Brussels where he mainly worked as an illustrator of avant-garde books. He also specialized in marine paintings, floral still life paintings and portraits of elegant ladies. He started his career with the presentation of a Vénus de bar at the Godecharle contest in 1909. His expositions in the Belle Époque include those at the Cercle Artistique et Littéraire in Brussels in 1906, 1909 and 1921, and in the Société Nationale des Beaux-Arts in Paris in 1906 and 1910. He often depicted night life scenes in bars and portraits of ladies, with suggestions of decadence, temptation, adultery and prostitution in the poses of his women.

*A monotype is an image printed from a polished plate, such as glass or metal, which has been painted by the artist. A monotype is as unique as an original oil painting as, like a painting, only one artwork exists.

Henri Joseph Thomas’s work has been offered at auction multiple times, the record price being $24,214 USD for Portrait de Sarah Bernhardt, sold at Christie’s Paris in 2021.


If you would like to buy this picture (or see some more photographs), arrange a viewing or if you would just like to get in touch, then please call 01608-658003 or email [email protected]lyonfenwick.com