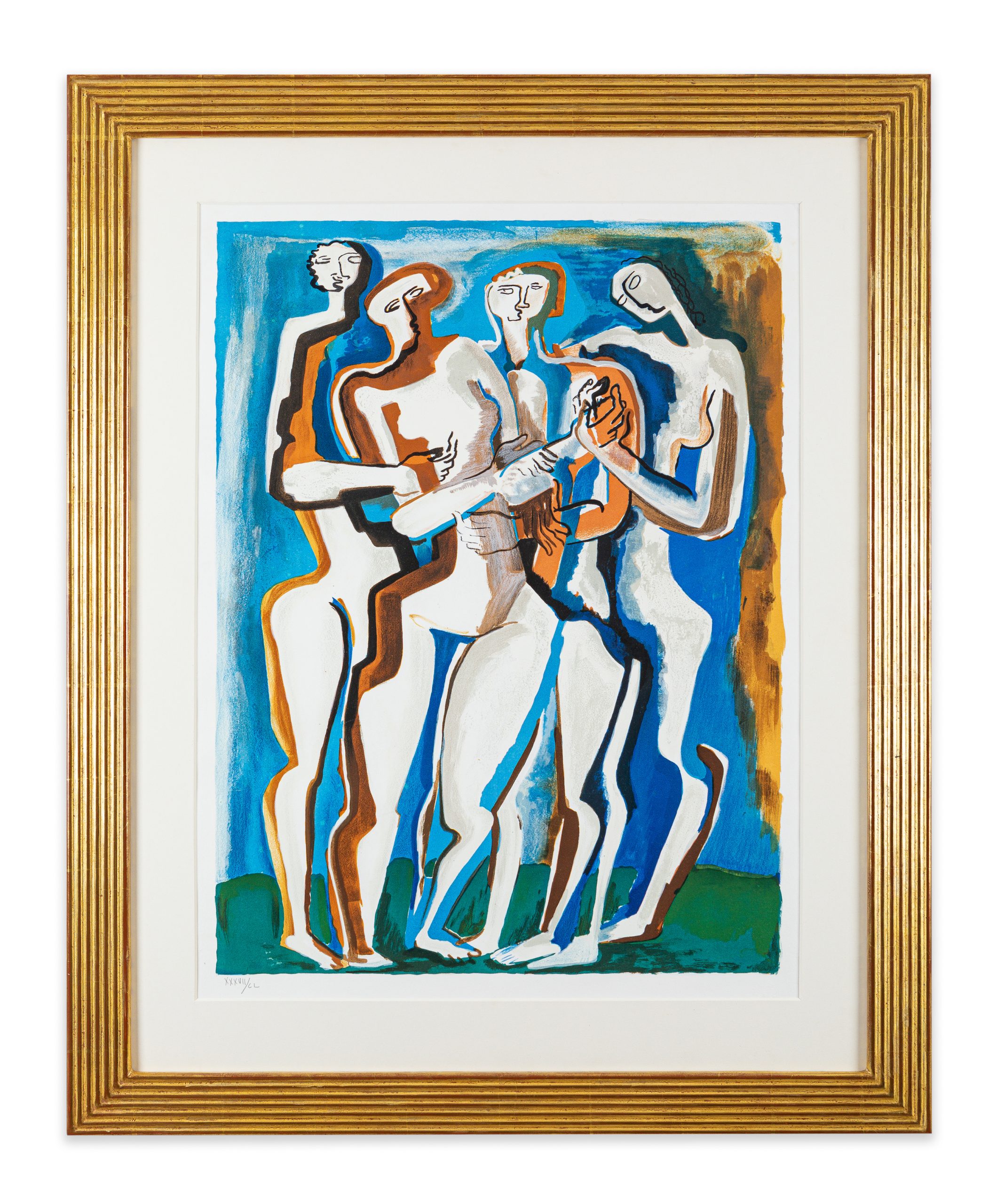 Painter and sculptor Ossip Zadkine was born in Russia. In 1905 he was sent to stay with his mother’s Scottish relatives in Sunderland and became interested in wood carving after watching his uncle make furniture. The following year he moved to London to study art, intending to earn a living as a stonecutter. There, he became friends with the artist David Bomberg, who took him to the British Museum and introduced him to classical sculpture. Zadkine later moved to Paris, where he was associated with the School of Paris and was particularly influenced by Cubism. Taking the human body as his primary subject, he would often return to sculpting heads and torsos. Zadkine was awarded the main sculpture prize at the 1950 Venice Biennale. He died in Paris, 25 November 1967, at the age of 77, after undergoing abdominal surgery. Ossip Zadkine’s work has been offered at auction multiple times, the record price being $981,780 USD for Tête d’homme, sold at Christie’s London in 2017.