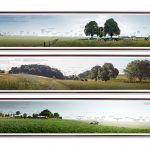 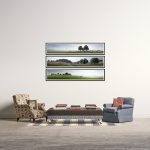 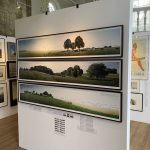 To view all 14 of the Zero Hour Panoramas, please go to www.zerohourpanoramas.com.

The early mist had almost gone and the sun was high enough to give warmth when the appointed moment came and, against a sky ‘of a kind commonly described as heavenly’, 60,000 men, in good faith and bad boots, climbed out of their trenches and advanced on the German lines. It was 7.30am British Summer Time, 1st July 1916. Zero Hour. By nightfall, out of a total of 116,000 British and Empire soldiers committed to the battle that day, 57,470 had become casualties. 19,240 were dead. It was, and remains, the costliest day in British military history (Abridged from Zero Hour: Views from the Parapet of the Somme by Jolyon Fenwick – published by Profile Books 2016).

This, Panorama No.11, was taken by Jolyon from the end of Pocran Street trench: the jump -off point at zero hour of the 10th Battalion The Lincolnshire Regiment (‘The Grimsby Chums’) of the 34th Division. The detonation of the 60,000lb Lochnagar Mine here
at 7.28am signalled the attack. The explosion made the loudest man-made sound in history, heard by early morning walkers on Hampstead Heath. Despite isolated, heroic and vain advances, the 34th Division suffered the greatest divisional losses (6,380)
— sustained mostly by 5 battalions of the Tyneside Irish and 3 battalions of the Tyneside Scottish – on 1 July. The site of the Lochnager Crater (visible in the panorama) was bought in 1978 by an Englishman, Richard Dunning. The memorial cross visible
in the panorama was erected by Dunning in 1986. It is constructed of reclaimed timber from a Gateshead church.