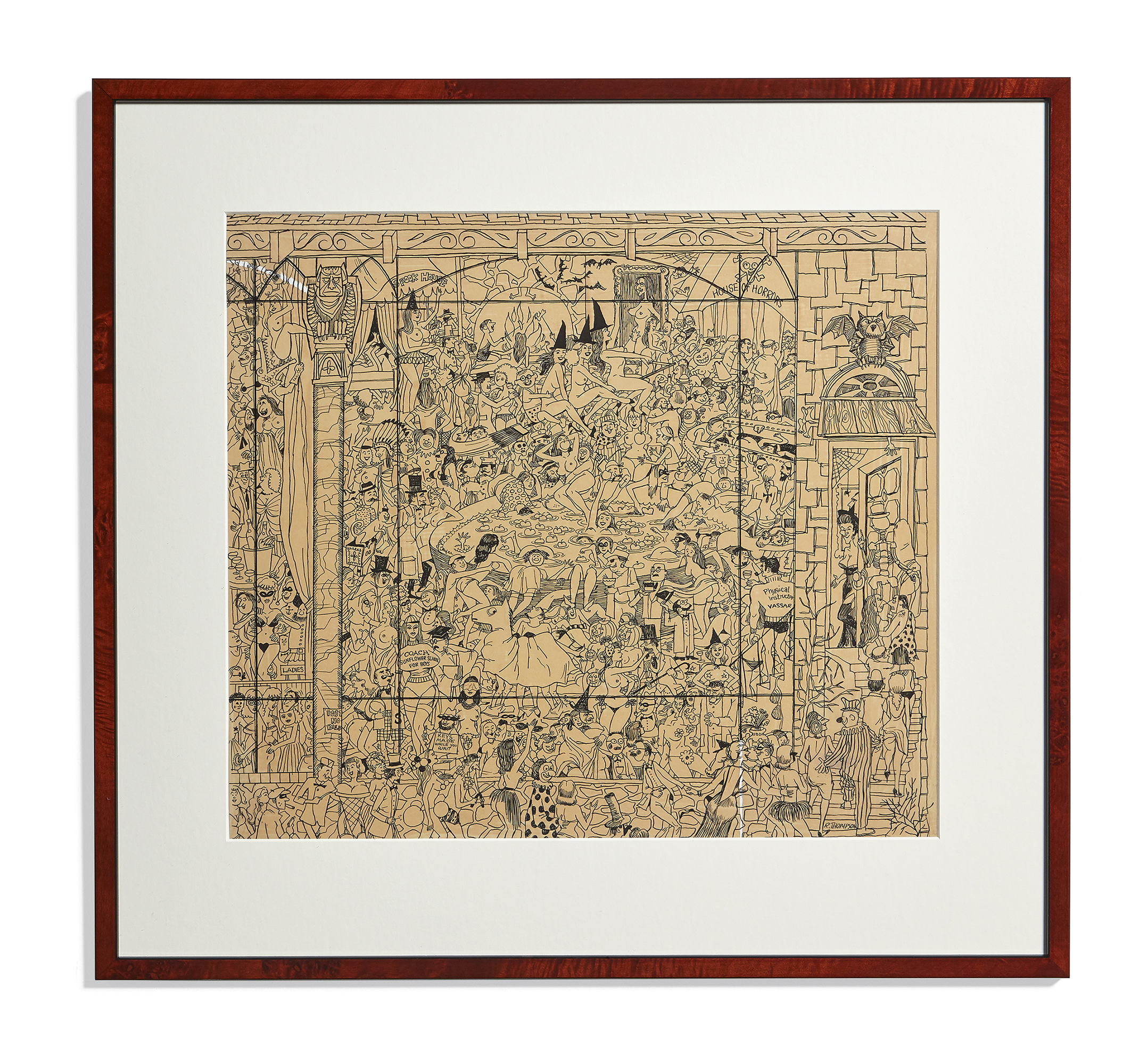 Richard Church Thompson is widely considered one of the greatest comic-strip creators and illustrators of his generation. Thompson was perhaps best known for his Reuben Award-winning comic strip “Cul de Sac,” which was born in 2004 as a weekly feature in the pages of The Washington Post Magazine, before being syndicated several years later by Universal Press Syndicate/Universal Uclick, which distributed the feature to hundreds of newspapers at its peak. “For many artists, the goal is to draw well,” said Pete Docter, the Oscar-winning Pixar director. “Richard Thompson’s drawings are indeed drool-worthy, but what sticks with you is something deeper: his ideas. Richard somehow noticed things the rest of us missed, but that we recognize immediately as true. Richard’s work lovingly bites at the ankles of society. And it’s all delivered in a deliciously hearty meal of an amazing — and funny — drawing.” Thompson was  diagnosed with Parkinson’s and died from complications of the disease in 2016 at the age of 58.