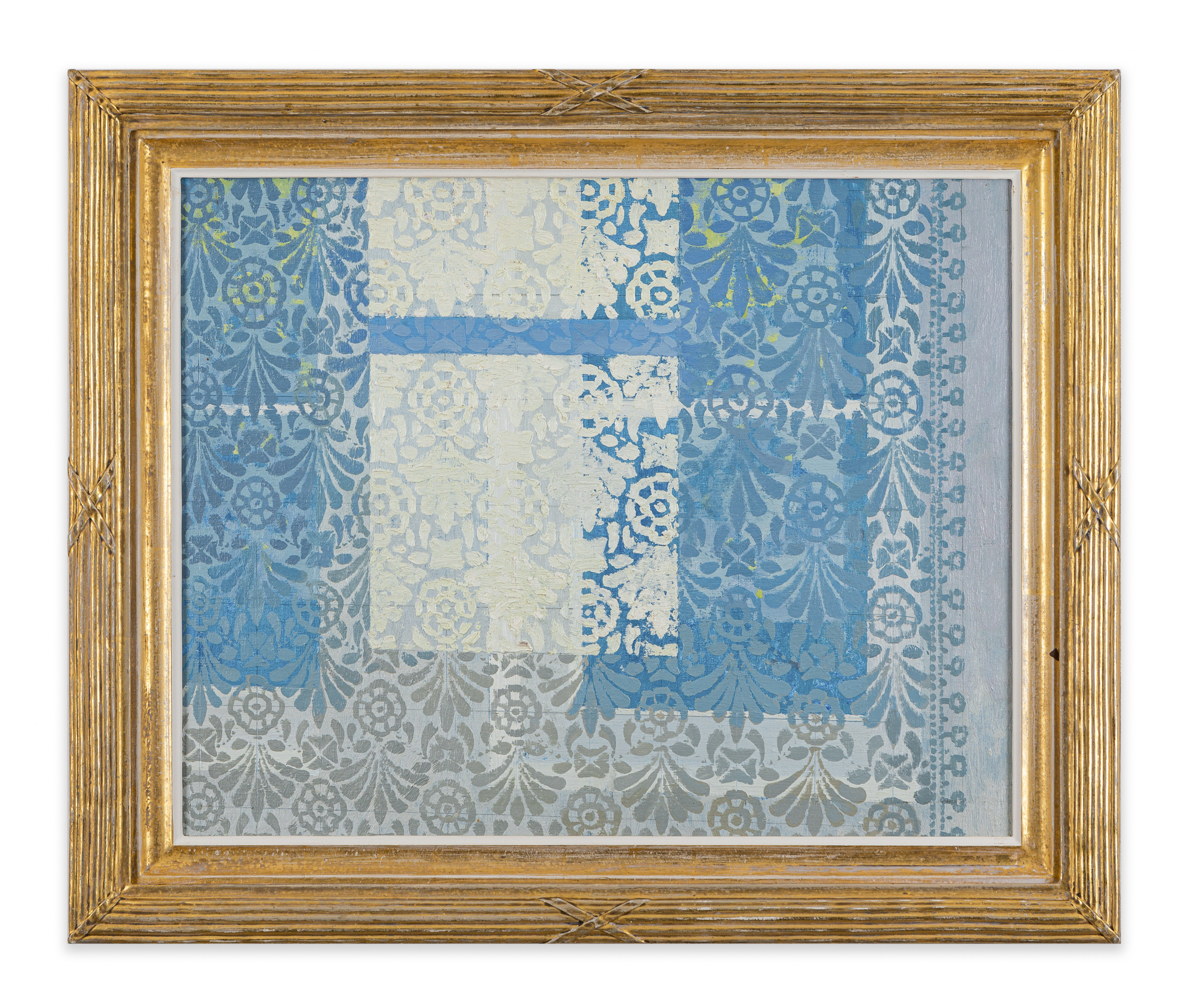 Oil on linen laid down on board; signed L Bulmer on verso
In original frame

The third and youngest child of an architect, Bulmer attended Clapham art school before being conscripted into the army on the outbreak of World War Two. On being demobbed he returned full-time to his artistic calling, and was accepted by a Royal College of Art still dislodged to Ambleside in the Lake District. It was here that he famously met and fell in love with the painter Margaret Green. Soon they were inseparable and, working side by side on sketching trips and on paintings back in the college studio, they set the pattern of shared contentment (for many years at their beloved, self-sufficient medieval house on the Suffolk coast) that would last until Lionel’s in 1992. Bulmer’s special subject was the Suffolk landscape, often small pictures painted with a quiet, sensitive precision and using such colours as lemon, emerald and lilac. As well as showing at Leicester Galleries, RA, NEAC and RWS, he had solo exhibitions at New Art Centre. In its obituary of Margaret Green, The Telegraph observed that the couple’s ‘devoted artistic partnership,’ which lasted nearly half a century, ‘was, in its close personal and painterly sympathies, perhaps unique in British twentieth-century art.’

Lionel Bulmer’s work has been offered at auction multiple times, the record price for this artist at auction being 8,038 USD for Figures on a Summer Beach sold at Woolley & Wallis in 2014.