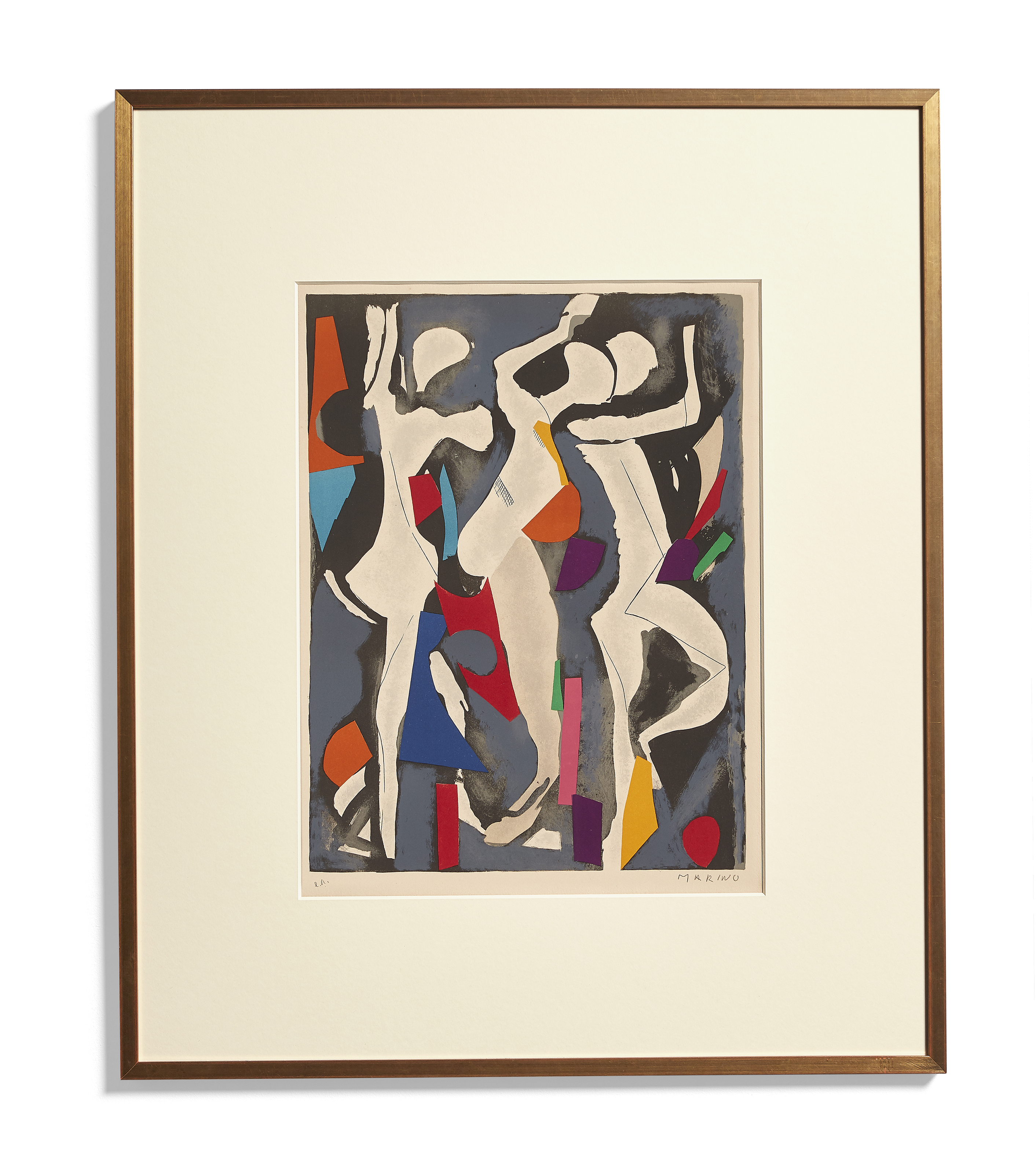 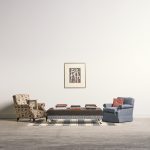 Colour lithograph. Artist's proof, aside from the edition of 75. Signed and inscribed "E.A." in pencil, lower margin
Newly-framed in gold leaf box as pictured

Marino Marini was an Italian painter and sculptor. He attended the Accademia di Belle Arti in Florence in 1917. Although he never abandoned painting, Marini devoted himself primarily to sculpture from about 1922. From this time his work was influenced by Etruscan art and the sculpture of Arturo Martini. Marini succeeded Martini as professor at the Scuola d’Arte di Villa Reale in Monza, near Milan, in 1929, a position he retained until 1940. During this period, Marini traveled frequently to Paris, where he associated with Massimo Campigli, Giorgio de Chirico, Alberto Magnelli and Filippo Tibertelli de Pisis. In 1936 he moved to Tenero-Locarno, in Ticino Canton, Switzerland; during the following few years the artist often visited Zürich and Basel, where he became a friend of Alberto Giacometti, Germaine Richier and Fritz Wotruba. In 1936, he received the Prize of the Quadriennale of Rome. He accepted a professorship in sculpture at the Accademia di Belle Arti di Brera, Milan, in 1940. In 1943, he went into exile in Switzerland, exhibiting in Basel, Bern, and Zurich.

In 1944, he participated in the ‘Twentieth-Century Italian Art’ show at the Museum of Modern Art, New York. Curt Valentin began exhibiting Marini’s work at his Buchholz Gallery in New York in 1950, on which occasion the sculptor visited the city and met Jean Arp, Max Beckmann, Alexander Calder, Lyonel Feininger and Jacques Lipchitz. On his return to Europe, he stopped in London, where the Hanover Gallery had organized a solo show of his work, and there met Henry Moore. In 1951 a Marini exhibition traveled from the Kestner-Gesellschaft Hannover to the Kunstverein in Hamburg and the Haus der Kunst of Munich. He was awarded the Grand Prize for Sculpture at the Venice Biennale in 1952 and the Feltrinelli Prize at the Accademia de Lincei in Rome in 1954. One of his monumental sculptures was installed in The Hague in 1959.

Retrospectives of Marini’s work took place at the Kunsthaus Zürich in 1962 and at the Palazzo Venezia in Rome in 1966. His paintings were exhibited for the first time at Toninelli Arte Moderna in Milan in 1963–64. In 1973 a permanent installation of his work opened at the Galleria d’Arte Moderna in Milan, and in 1978 a Marini show was presented at the National Museum of Modern Art in Tokyo.

There is a museum dedicated to Marini’s work in Florence (in the former church of San Pancrazio).  His work may also be found in museums such as the Civic Gallery of Modern Art in Milan, the Tate Collection, The Angel of the City at the Peggy Guggenheim Collection, Venice, the Norton Simon Museum, Museum de Fundatie and the Hirschhorn Museum and Sculpture Garden Washington, D.C.