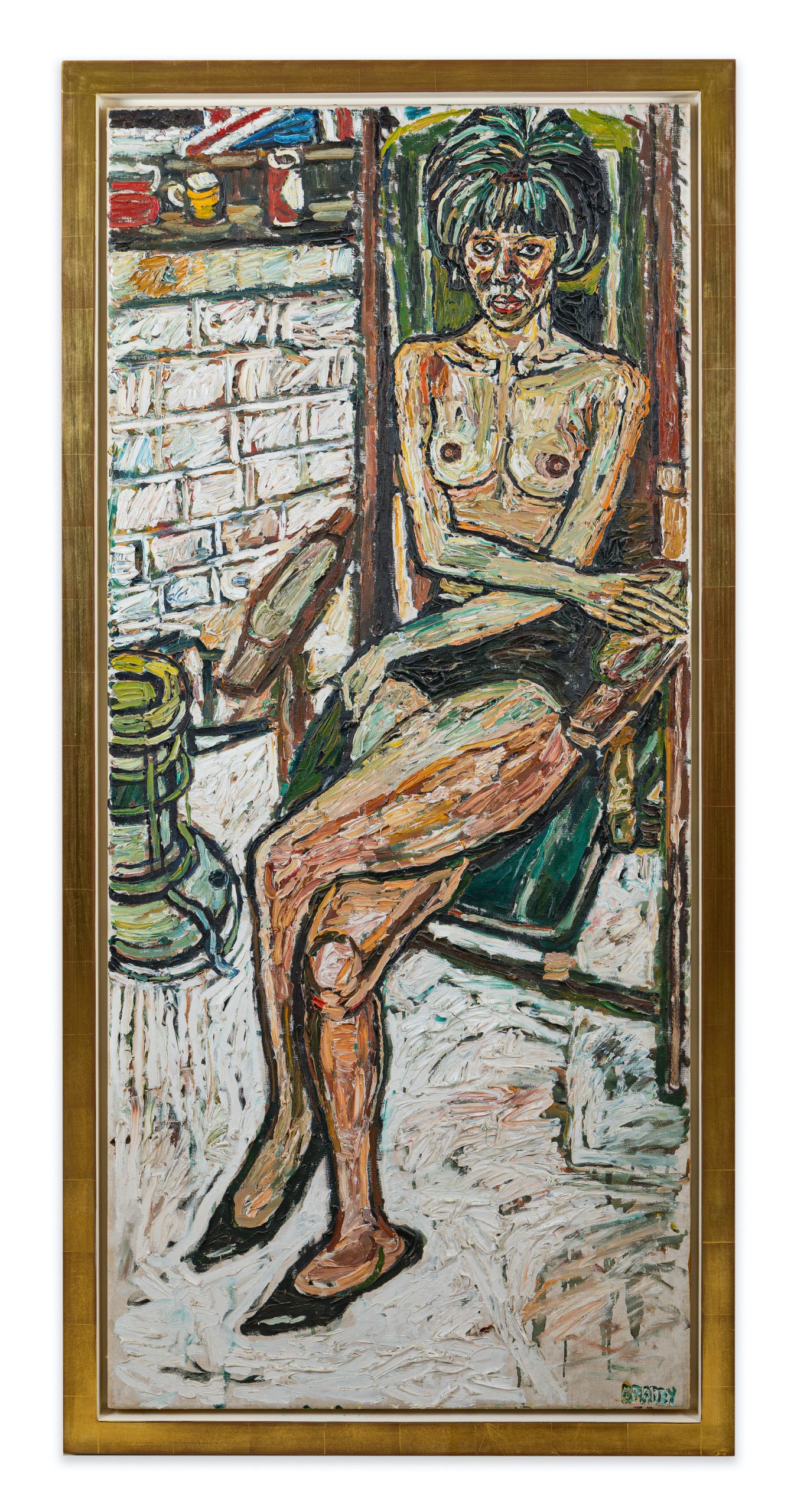 John Randall Bratby was an English painter who founded the kitchen sink realism style of art that was hugely influential in the late 1950s. Born in Wimbledon in 1928, he studied at the Kingston College of Art (1948-50) and then moved to the Royal College of Art in London (1951-54). He was given his first solo exhibition at the Beaux Arts Gallery, London and first showed at the Royal Academy in 1954, becoming a full member in 1971. From the start, Bratby excited much attention and became an international name almost overnight. In 1956 he was selected, along with his fellow ‘Kitchen Sink’ painters, to represent Great Britain at the Venice Biennale. That year, one of Bratby’s finest early works, Still Life with Chip Frier, was purchased by the Tate Gallery, London. There was a major retrospective of Bratby’s work at the National Portrait Gallery in 1991. John Randall Bratby’s work has been offered at auction multiple times, the record price being $43,592 USD for Girl on the Grass sold at Sotheby’s London in 2007.